A picture of a gas station bill is being shared on social media with the text ‘If you want to reduce petrol price don’t vote Modi again’ written at the bottom.

This picture is being shared against the backdrop of the rising fuel prices in India. 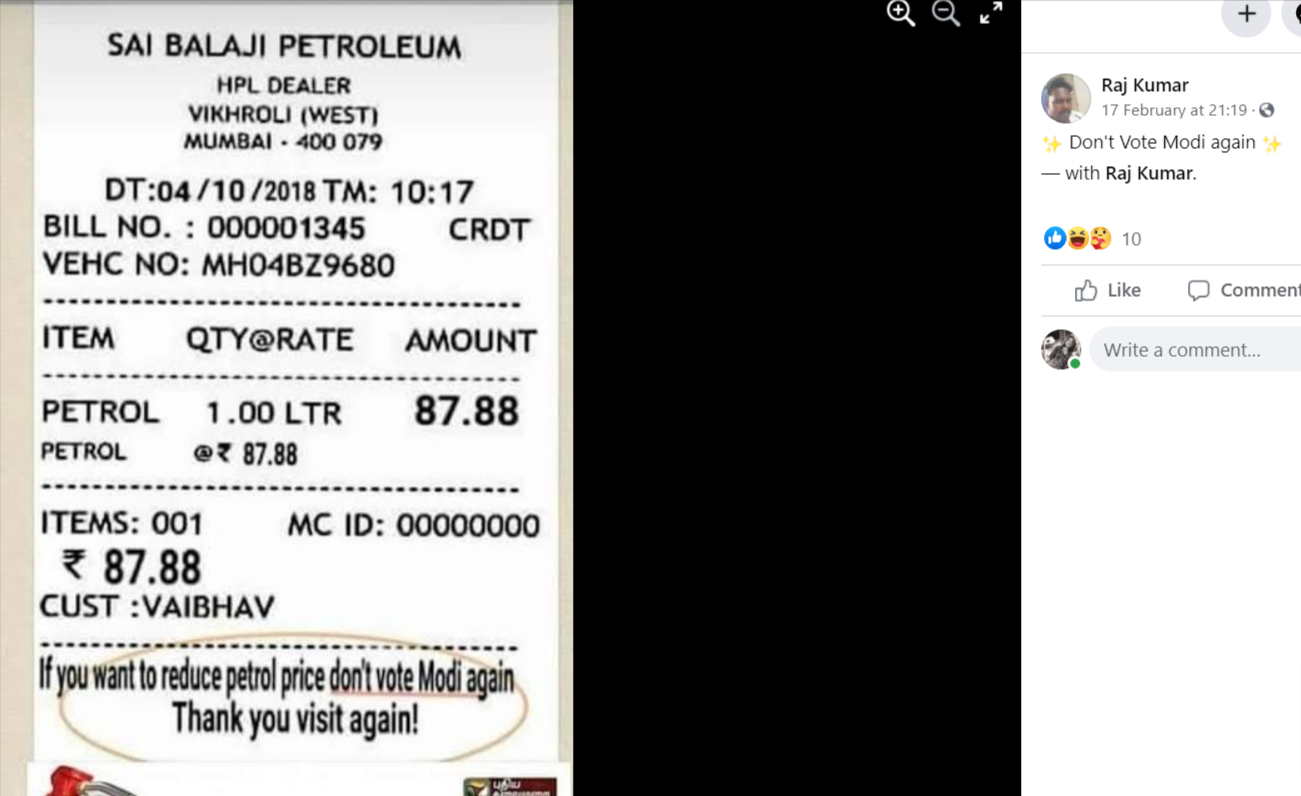 While looking for similar posts on Facebook, we found that the picture of the same bill was also shared in 2018.

Also, we noticed that the font size of the date and the time in the bill is different and the font used for the amount is also different. 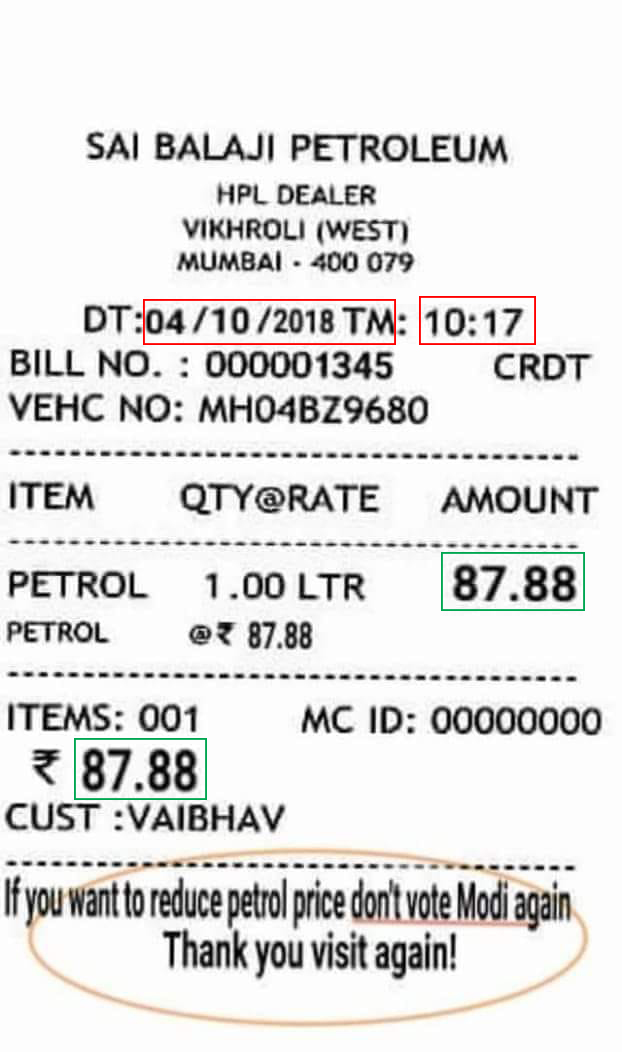 We also found that the same bill format, with the same vehicle number, has been used as a sample by different websites. The site links are here (archive) and here.

Moreover, we also found a tweet by Hindustan Petroleum Corporation Limited clarifying that the bill in circulation is FAKE.

“Bill in question is a fake bill which has nothing to do with HPCL. The fake bill has Company name given as “HPL” and has been floating in digital medium since long, with malafide intentions. Real bill format by HPCL is attached for reference,” the tweet read. 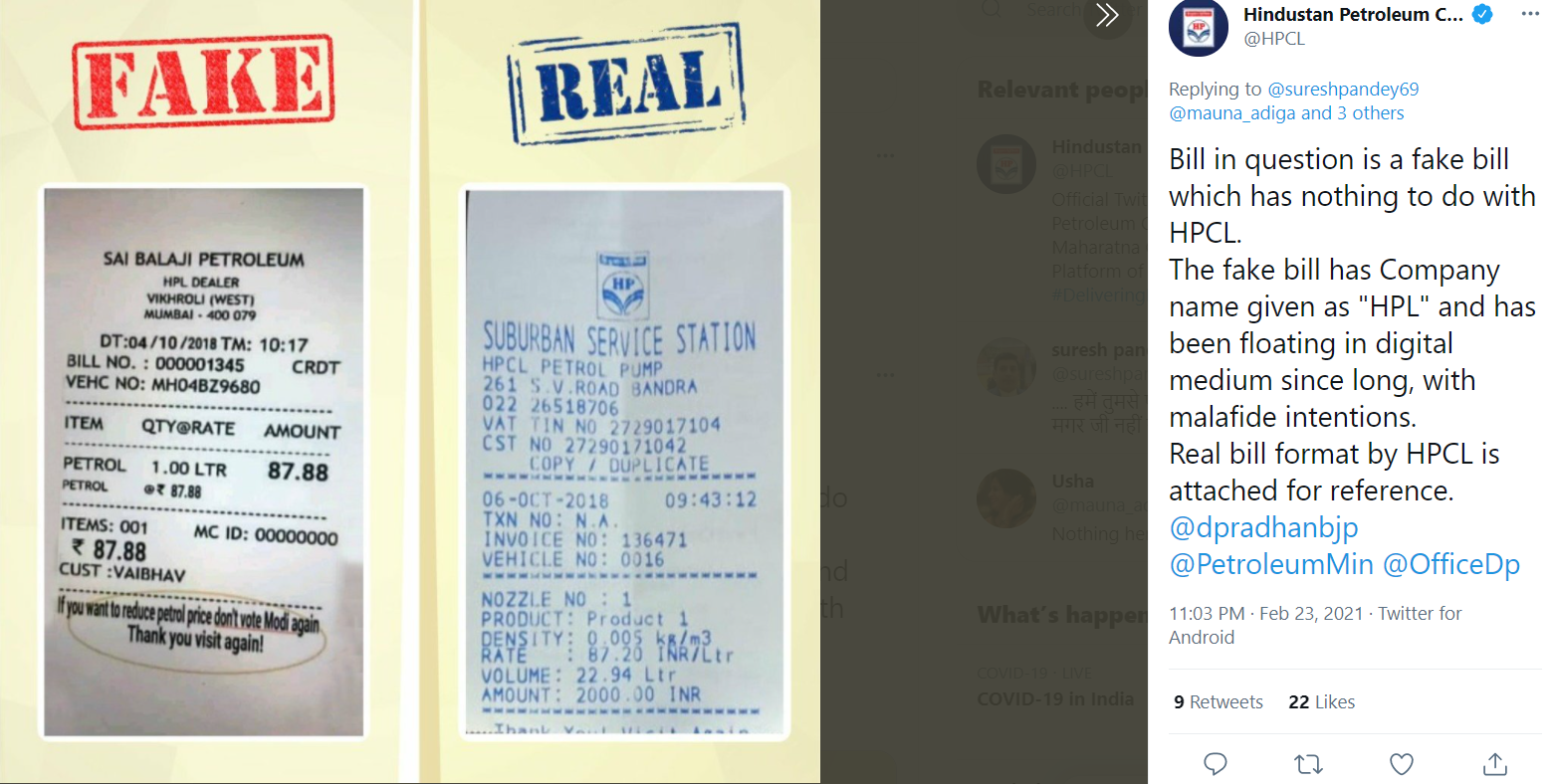 Hence, from the above information, it is clear that the picture of the bill in circulation is Fake.