A picture of some masked men seemingly pelting stones is doing the rounds on social media with a claim that clashes erupted in Srinagar’s Batmaloo area during a cordon and search operation (CASO) that was conducted recently.

A user shared the post with a caption, ‘FLASH Massive Clashes Erupted During Ongoing CASO In Batmaloo Srinagar’. 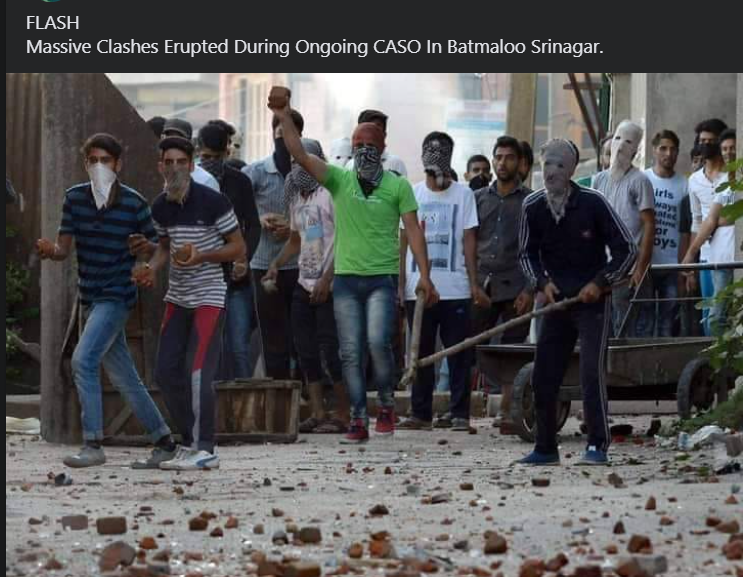 With the help of Google Reverse Image Search, we found the same picture on ‘Getty Images‘ published on July 28, 2016. 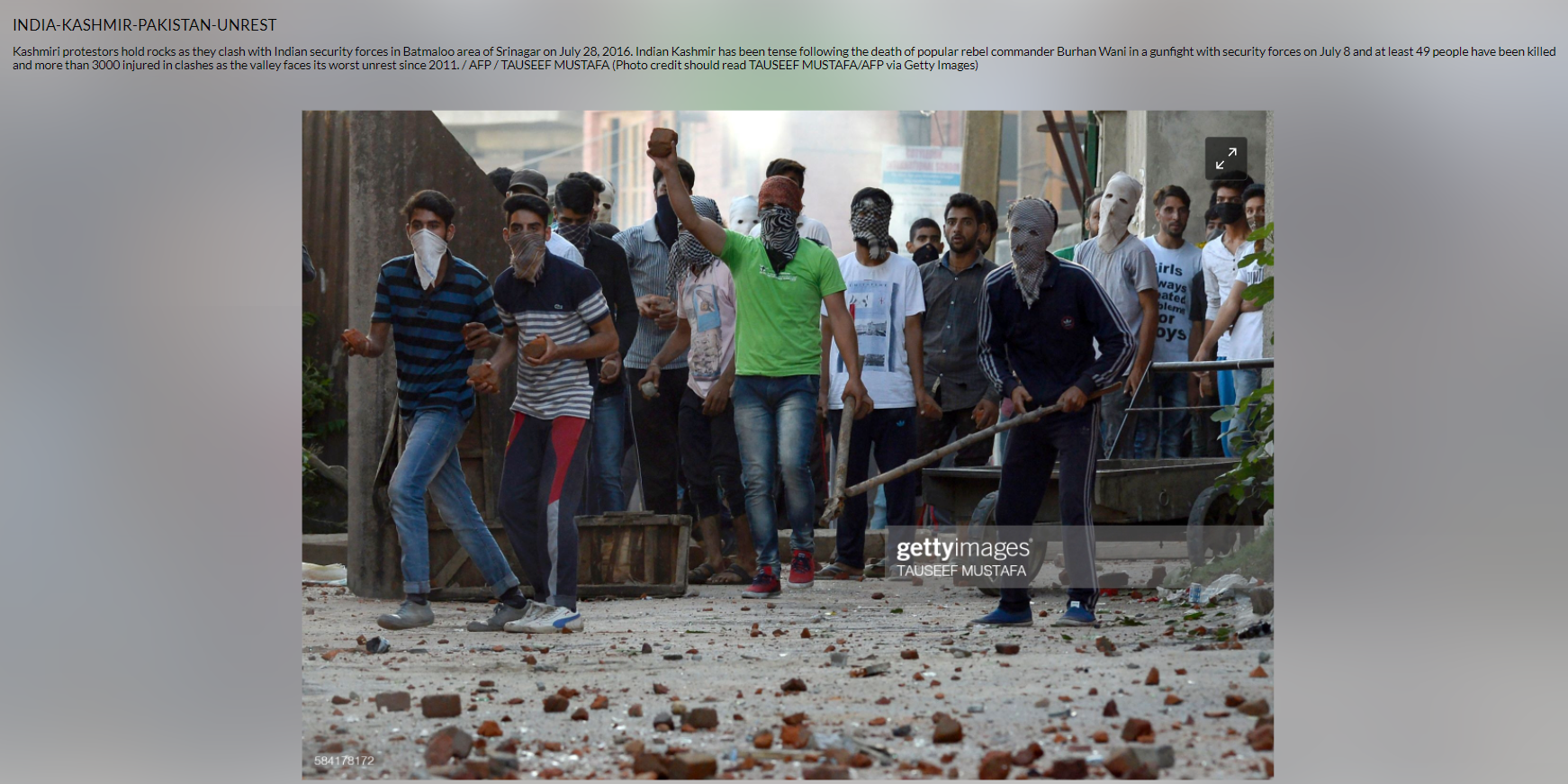 According to the caption, Kashmiri protestors clashed with Indian security forces in Batmaloo area of Srinagar on July 28, 2016, following the death of popular rebel commander Burhan Wani in a gunfight with security forces on July 8.

We also found another picture of the same crowd on the Getty website. 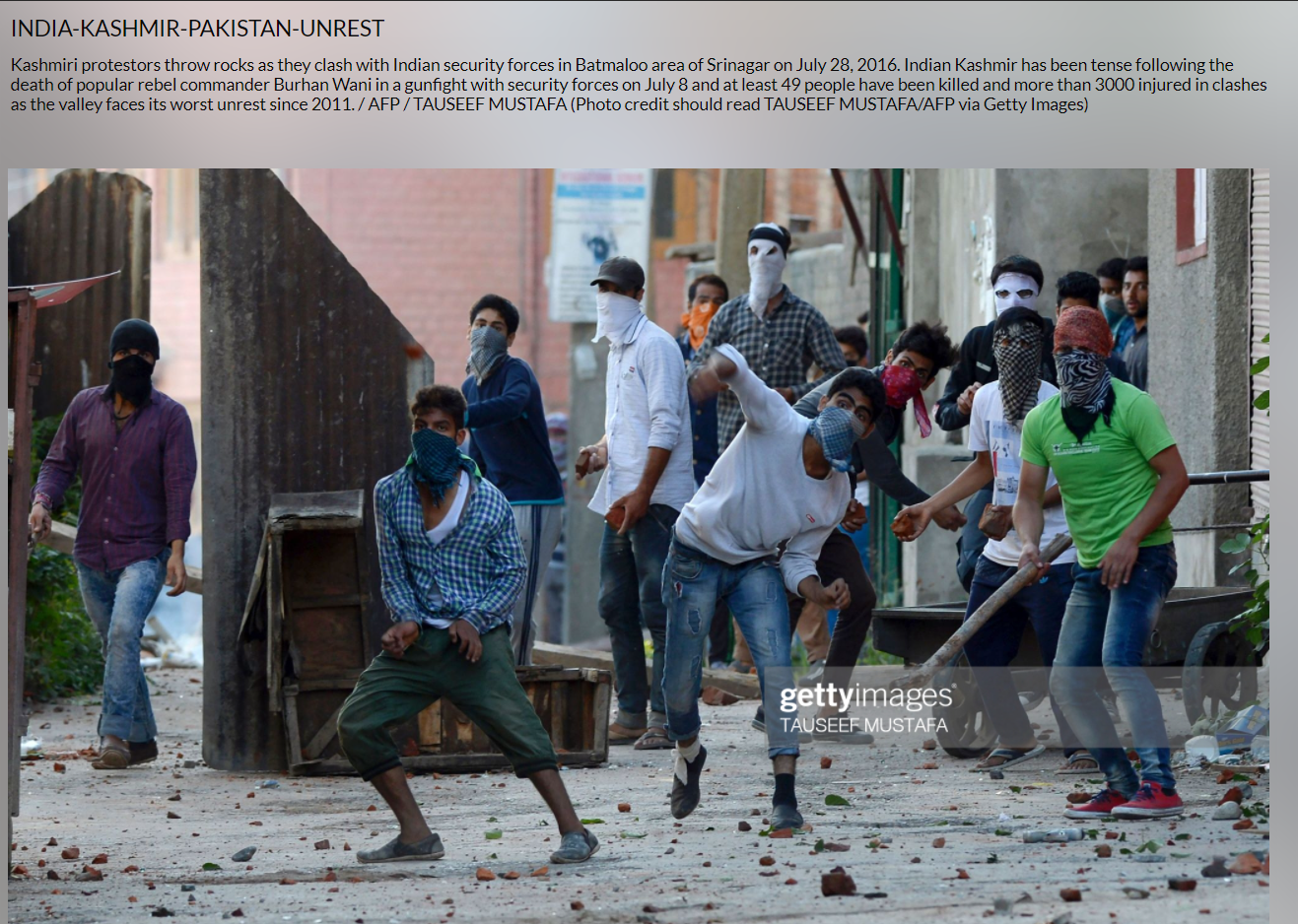 As per the caption, at least 49 people were killed and more than 3000 injured in clashes which was one of the worst unrest’s in the valley since 2011.

We further looked for media reports to check if there is any ongoing unrest in the area but could not find any relevant reports. 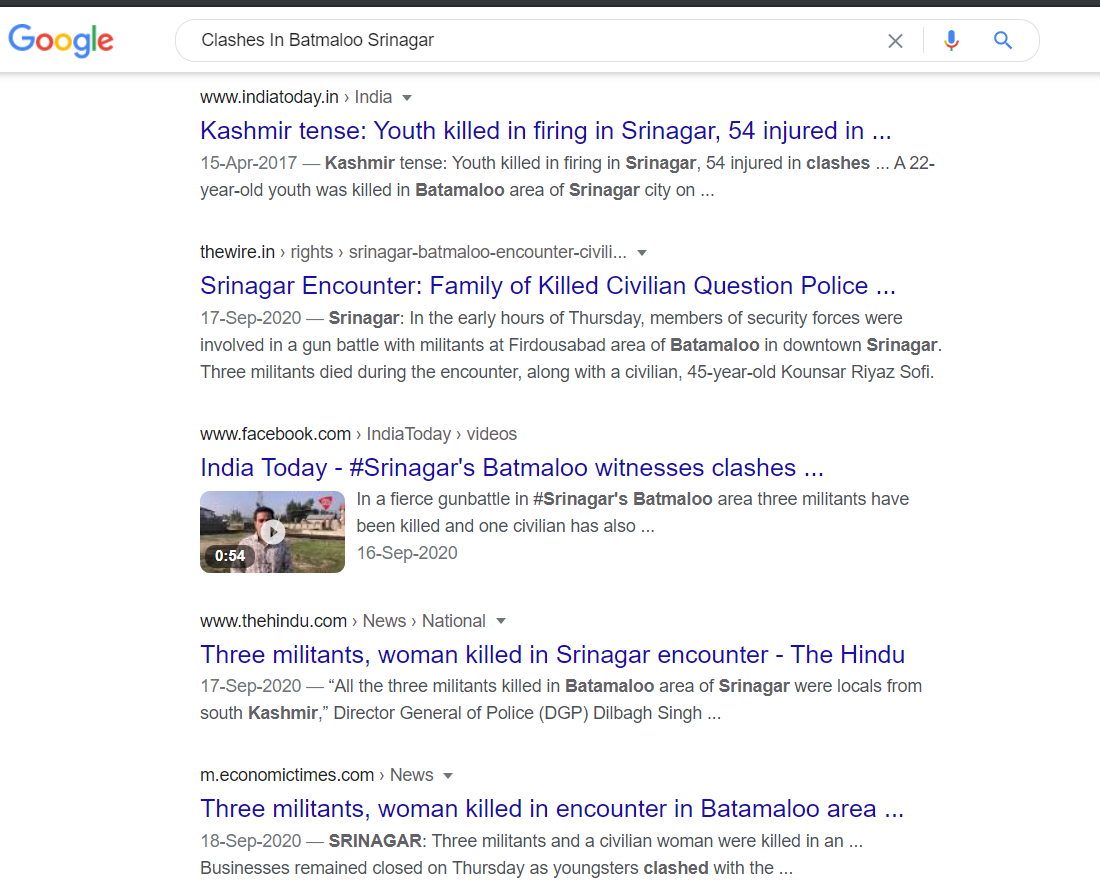 The above information proves that the picture is from 2016 and is not a recent one.