Fact Check: Is Taimur Posing With His Younger Brother In This Picture? Here’s The Truth | Newsmobile
Saturday, January 28, 2023

An image of Saif Ali Khan and Kareena Kapoor Khan’s son Taimur Ali Khan, posing with a baby, is doing rounds on the internet with a claim that it is a picture of him with his younger brother.

(Translation: Taimur Ali Khan and his younger brother whose name is still unknown) 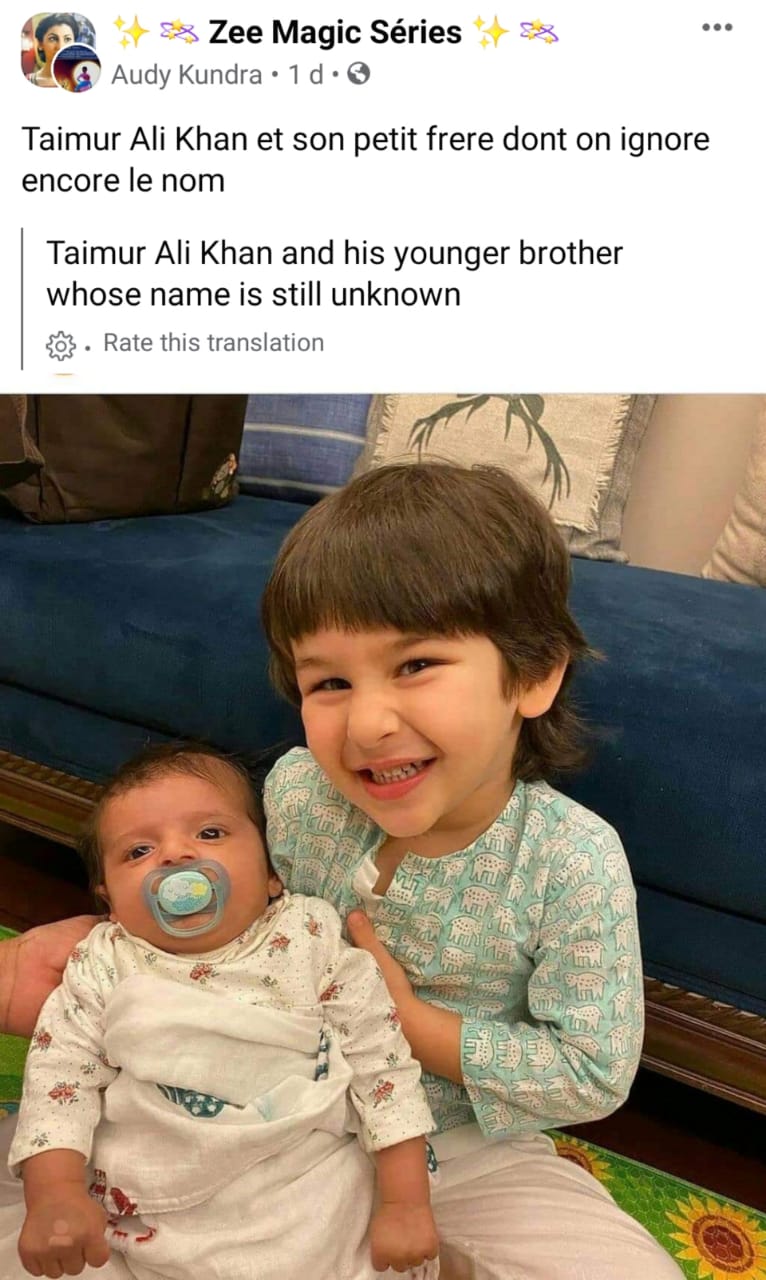 We ran the image through Google reverse image search and found various media reports with the same picture.

The headline of a report by Hindustan Times read, “Taimur Ali Khan flashes a million-dollar smile as he poses with a baby. Fans can’t get over ‘precious’ photo.” 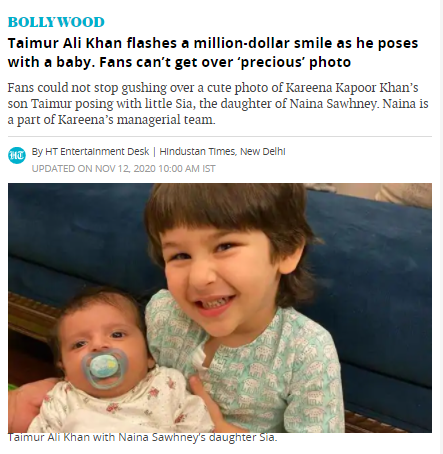 The news report was dated 12 November 2020. The caption of the picture read, “Taimur Ali Khan with Naina Sawhney’s daughter Sia.”

Further, the news report stated that Naina Sawhney, who is a part of Kareena’s managerial team, had shared pictures from a dinner party hosted by the actor.

We then checked Naina Sawhney’s Instagram account and found the same picture posted by her on November 12, 2020, with the caption, “Thank you for having us Bebo @kareenakapoorkhan ❤️ Sia made her first friend ❤️ love you both @poonamdamania”

We found related news reports by NDTV and India TV.

Hence, based on this information, it is clear that the picture is not of Taimur Ali Khan with his newborn younger brother.

Incidentally, NewsMobile has debunked another fake news about Saif and Kareena’s second child.

Fact Check: Pictures Of Kareena Kapoor Khan With Her Second Baby Are Misleading; Here’s Why

Kareena Kapoor Khan delivered her second child on February 21, 2021 and since then neither she nor any of her family members have released any photo of the newborn. They have also asked the media to respect their privacy.