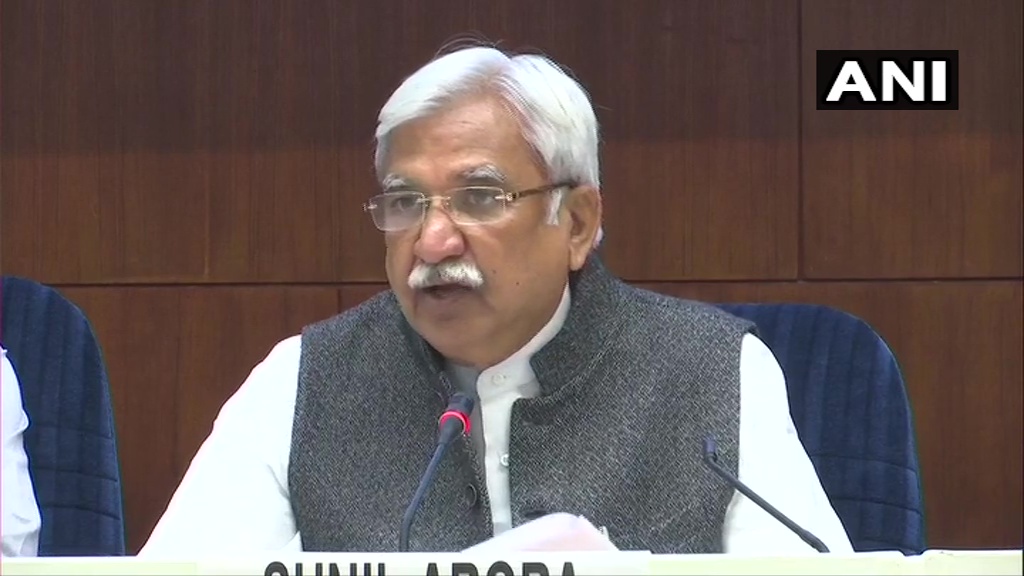 The Election Commission of India has announced poll dates for four states and a Union Territory at a press conference in New Delhi.

Elections in Assam will be held in three phases, starting March 27. The voting for the second and third phases will take place on April 1 and April 6 respectively. 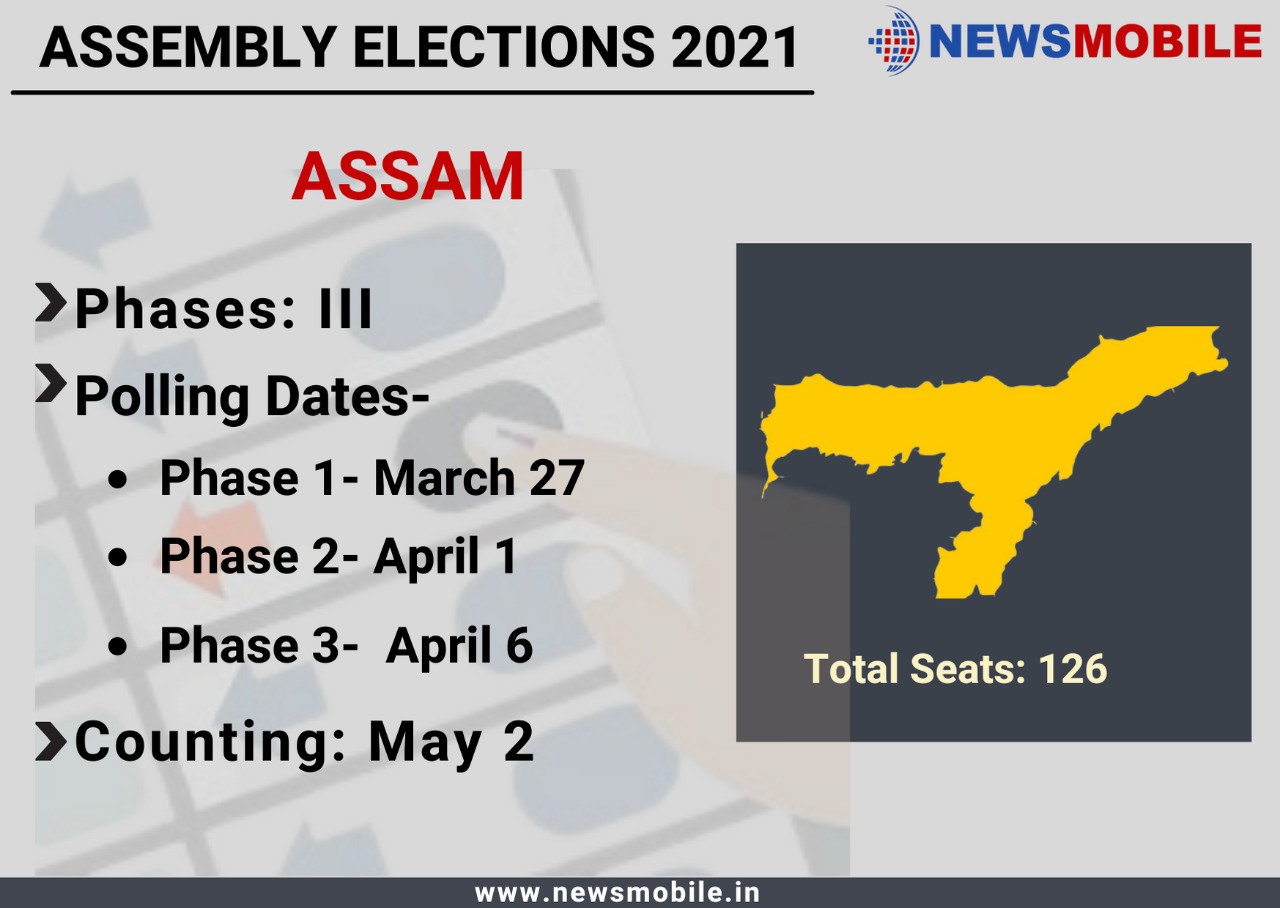 West Bengal is likely to witness a triangular contest this time with TMC, Congress-Left alliance, and BJP in the fray. 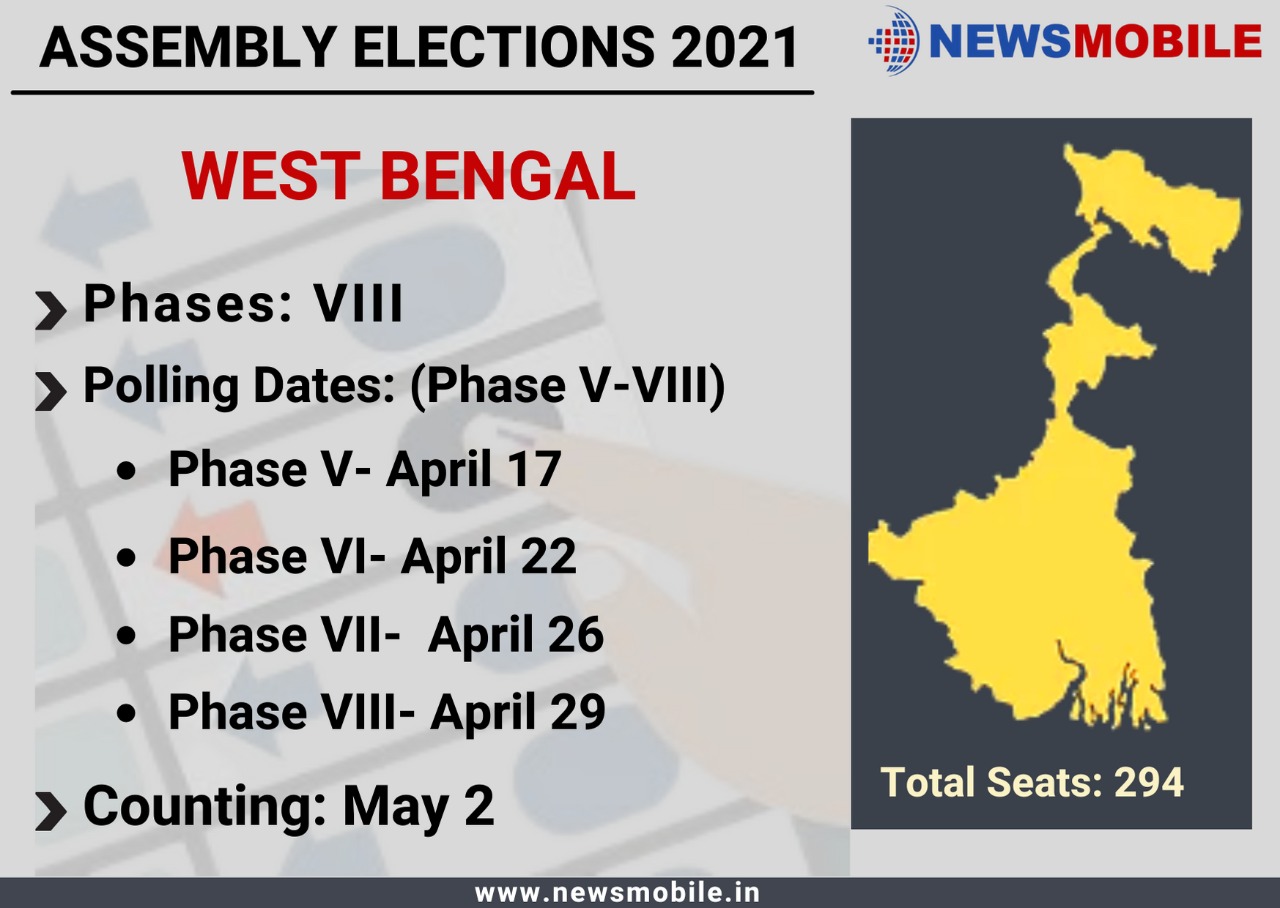 Elections in Puducherry, Kerala, and Tamil Nadu will be held in a single phase on April 6. The counting of votes for elections to four states and one UT is 2nd May. 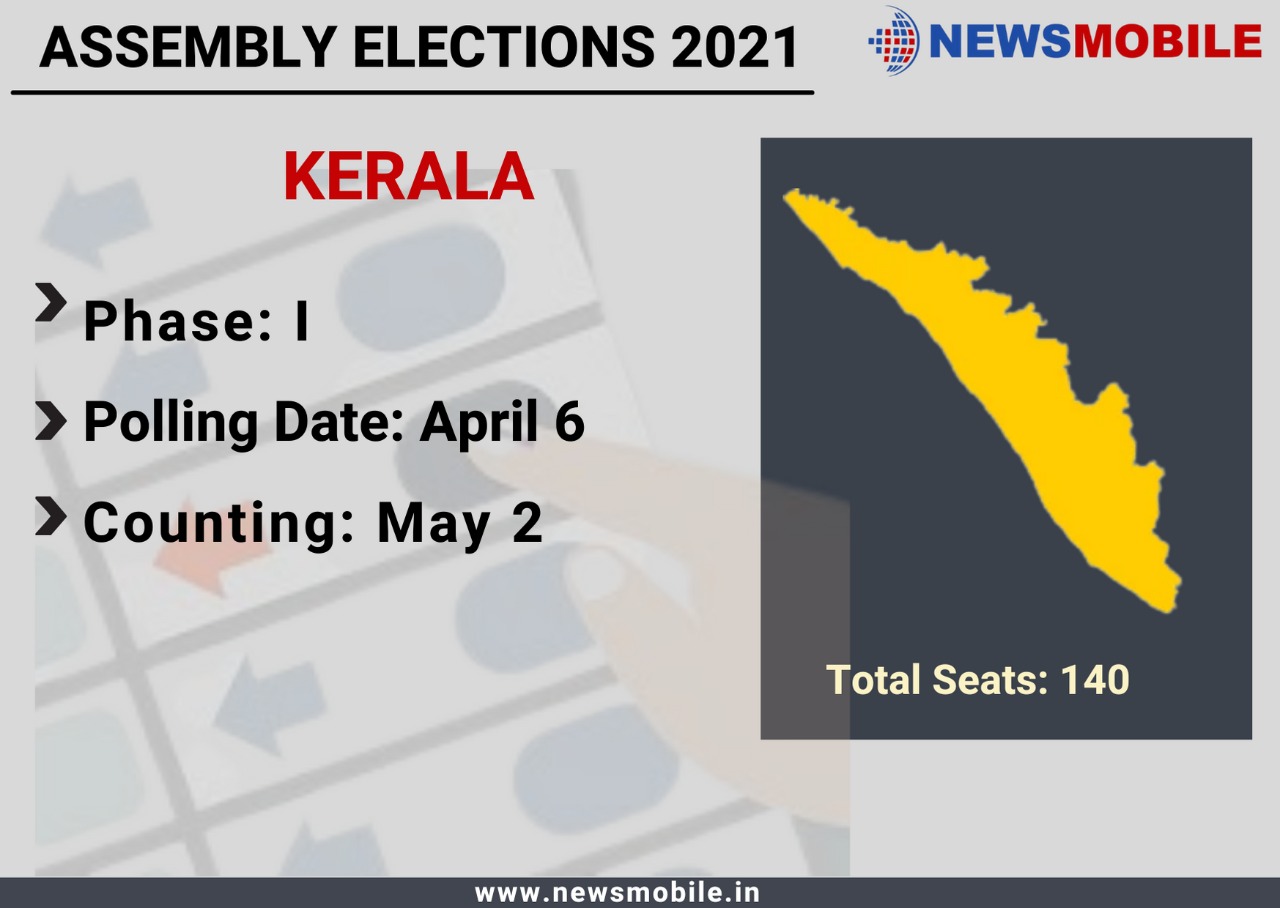 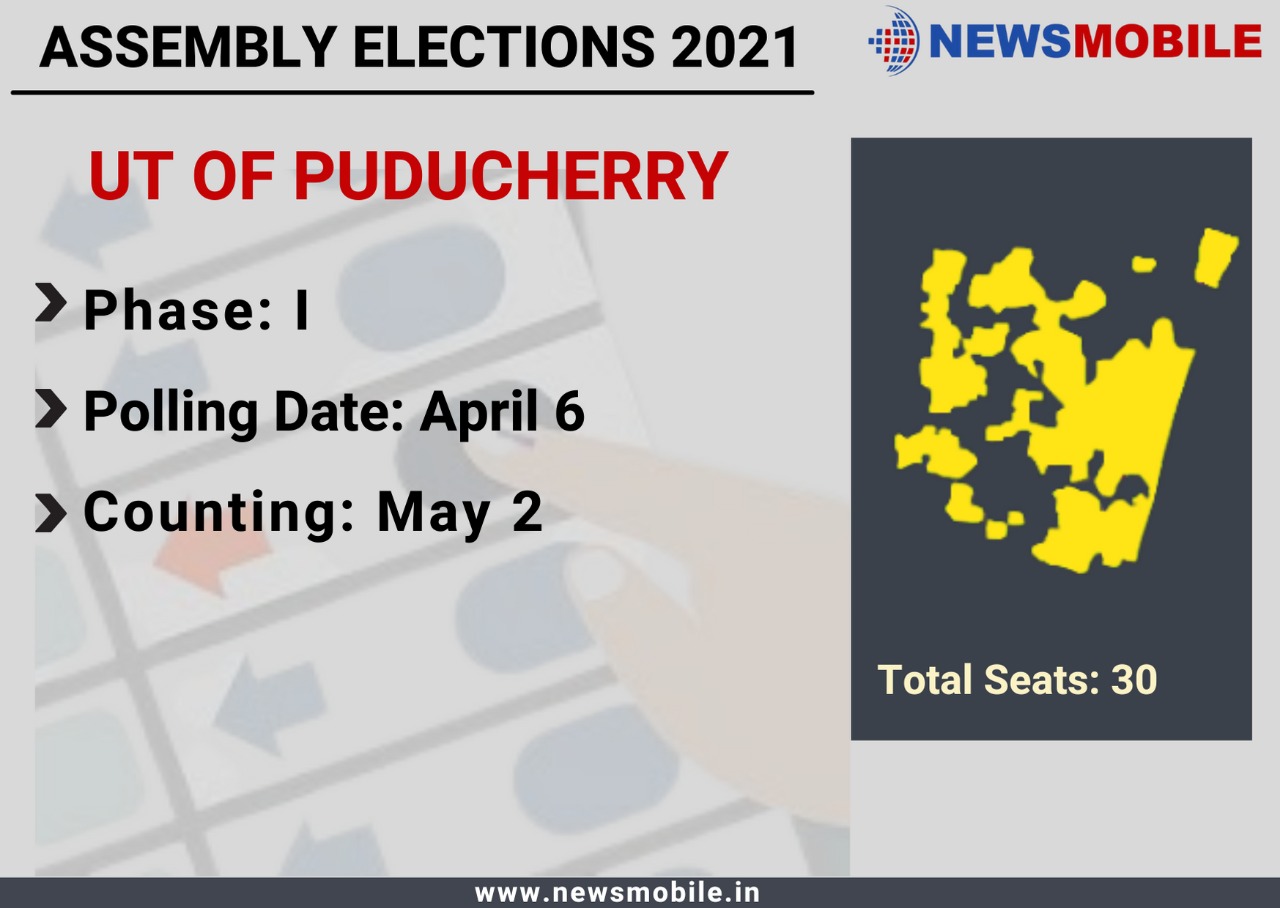 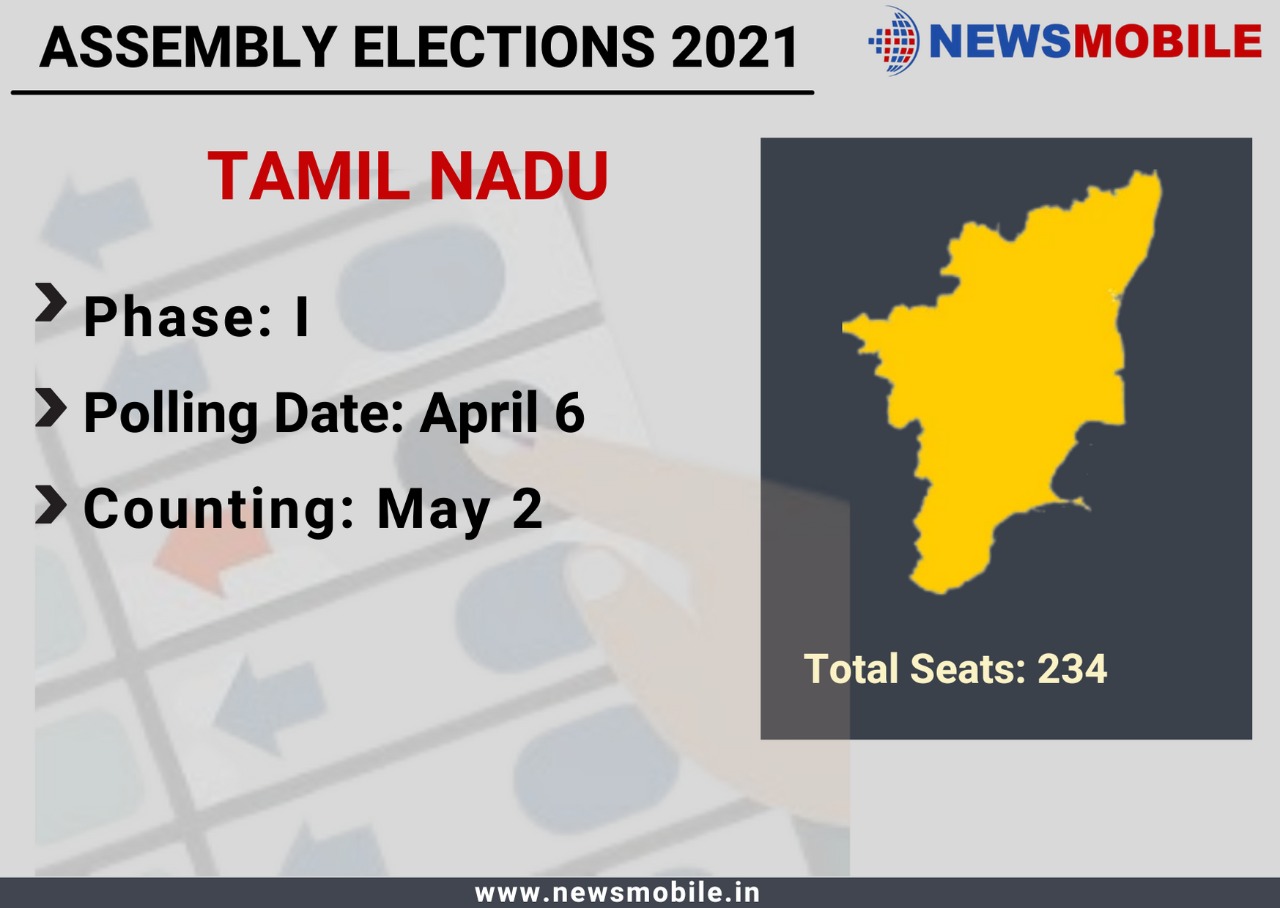 A total of 824 assembly constituencies shall be going for polls during these elections. 18.68 crore electors will cast vote at 2.7 lakh polling stations in Tamil Nadu, West Bengal, Kerala, Assam, and Puducherry

The Model Code of Conduct has come into force immediately after the announcement of the election dates.

All polling stations on the ground floor

Polling time increased by an hour

Only 5 persons allowed for door to door campaigning

Voters above 80 can use the postal ballot facility