A newspaper clipping is being shared on social media with a claim that union minister Nitin Gadkari has raised questions about the BJP-led NDA government’s way of functioning.

Several users are sharing the same newspaper clip in the context that Gadkari made the statement recently. 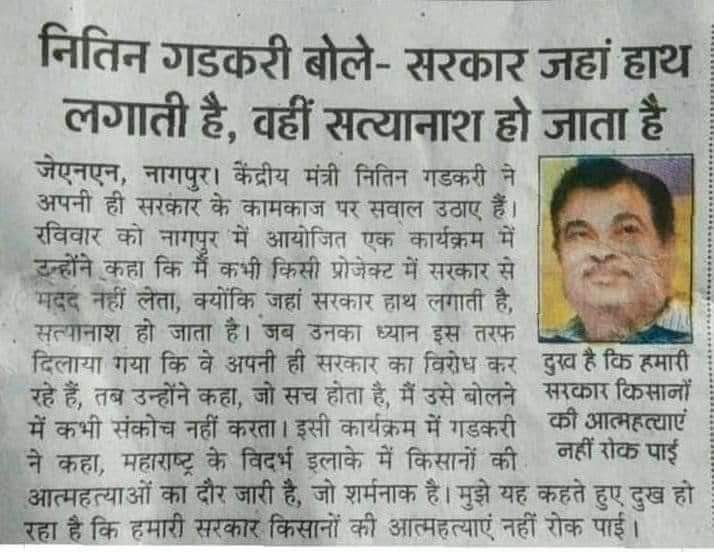 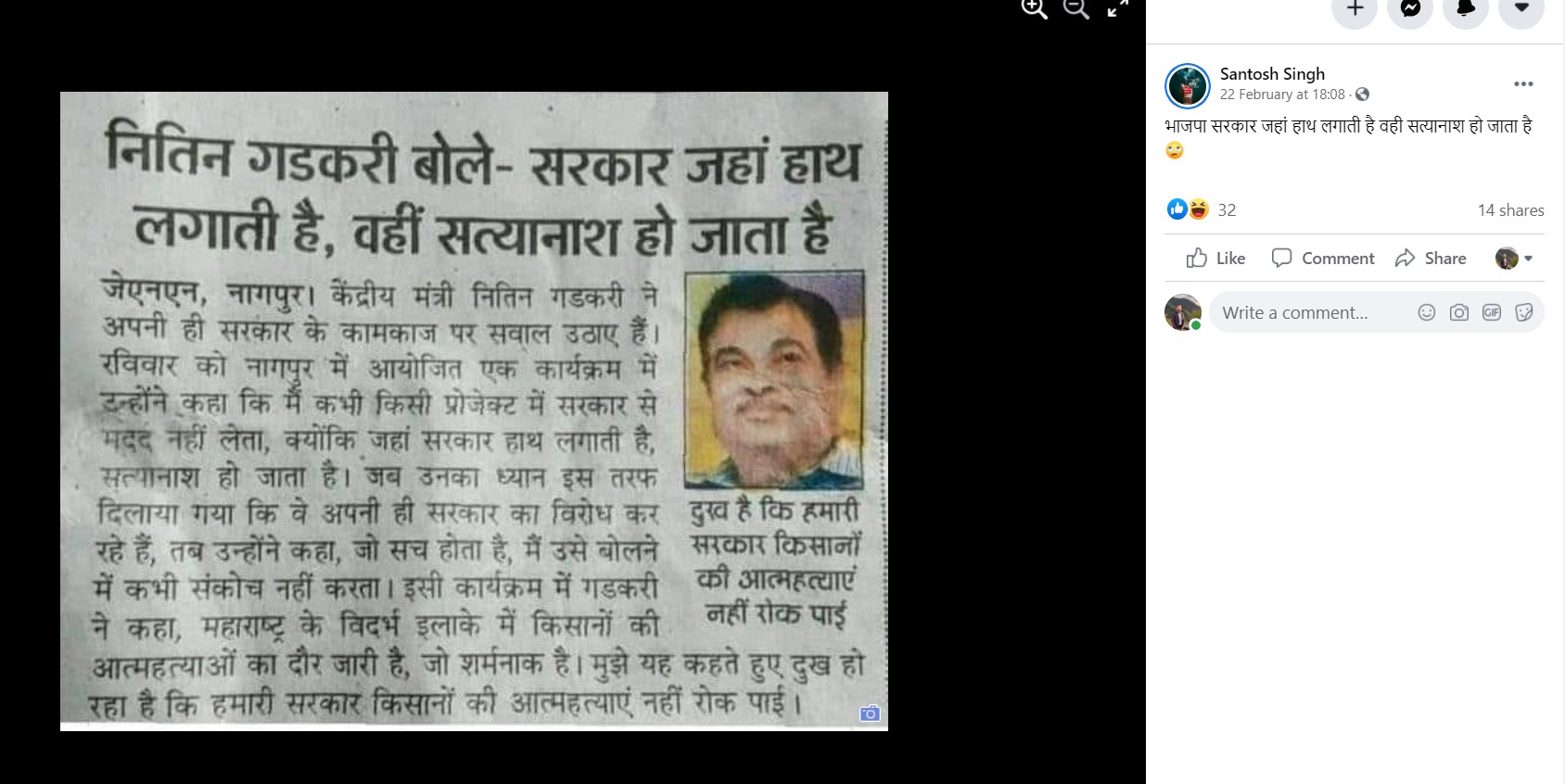 Here’s the link to the above post. You can check other similar posts here, here and here.

We first ran a Google search with some keywords for the news and found out that the statement made by Gadkari is old – from September 2019 – and not a recent one.

According to an NDTV India report, dated 2 September 2019, Gadkari at a program of Mother Dairy in Nagpur, said, “A saint said that you make your socio-economic life yourself. Since then I stopped trusting the government and God. Neither do I ask for help from the government, nor do I go. With the exception of Mother Dairy, my experience is that where the government lays hands, it gets annihilated. Congratulations for some good work going on.” 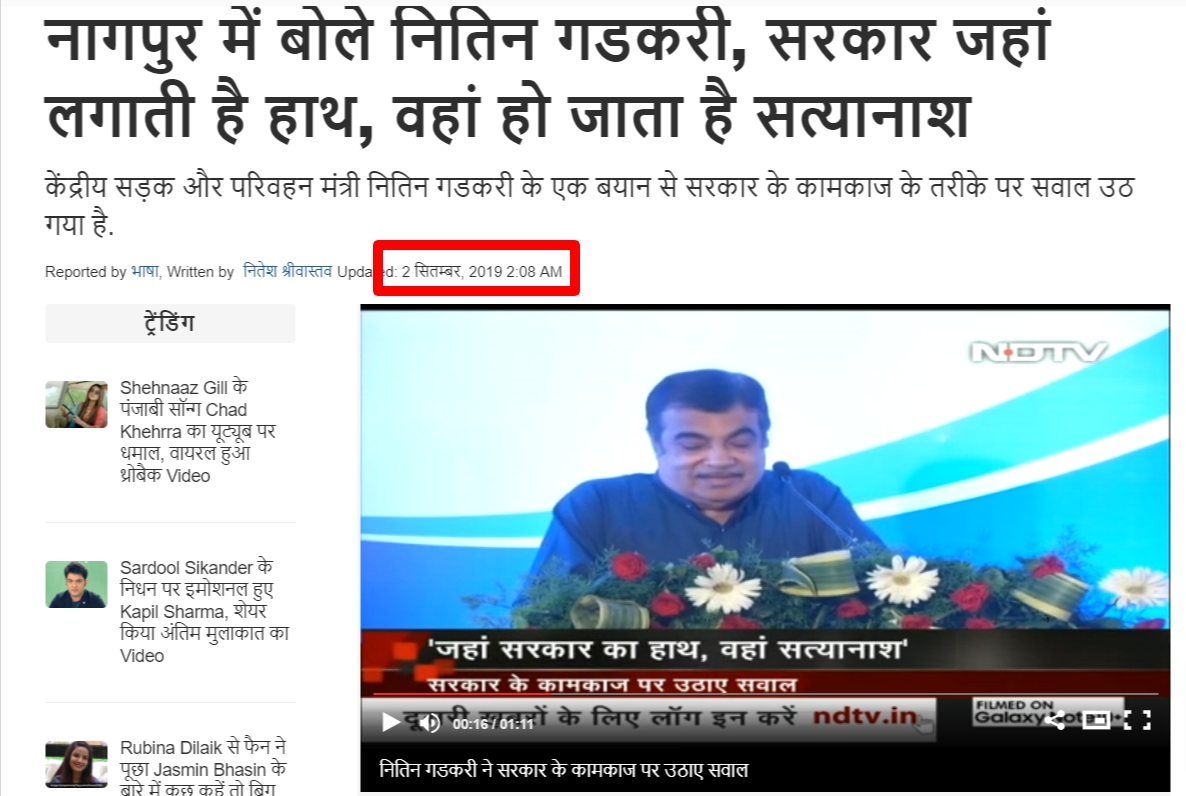 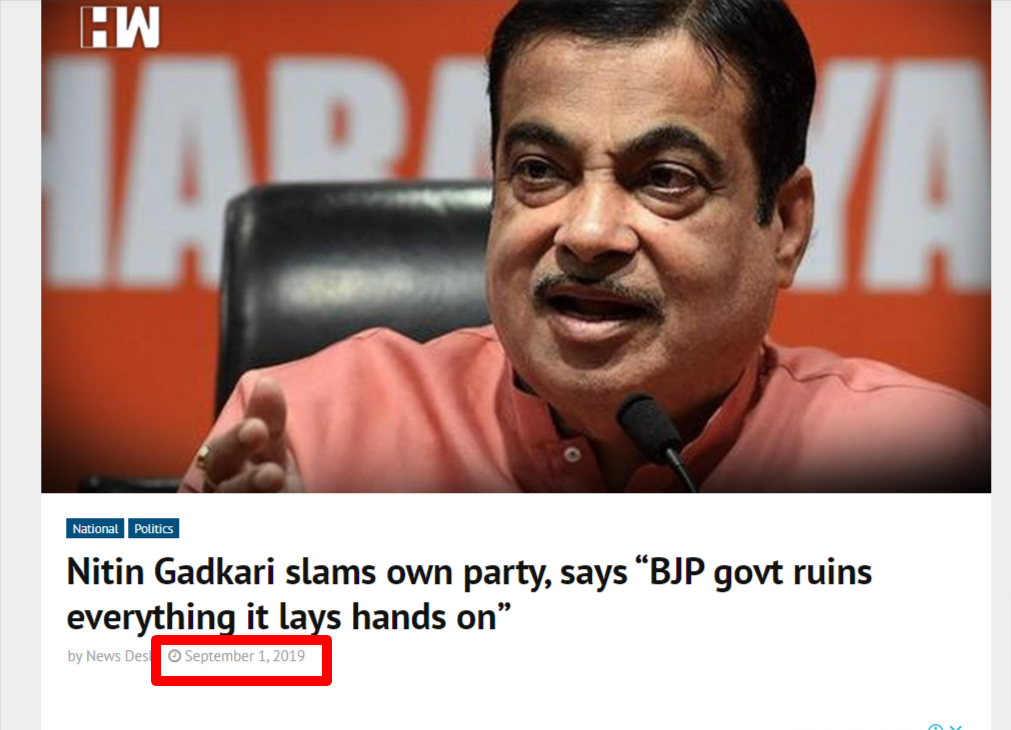 “I do not take the help of the government in completing any project, because wherever the government lays hands, it gets ruined,” the report quoted Nitin Gadkari as saying.

Hence, from the above information, it is clear that the statement made by Union Minister Nitin Gadkari is OLD. Hence the claim is misleading.