A video is being shared on social media with a claim that Gujarat Chief Minister Vijay Rupani collapsed at a rally and passed away.

The translated (Via Google) caption of the Facebook post read: The grip of God is very tough. Gujarat’s Chief Minister died while talking rubbish about Islam. 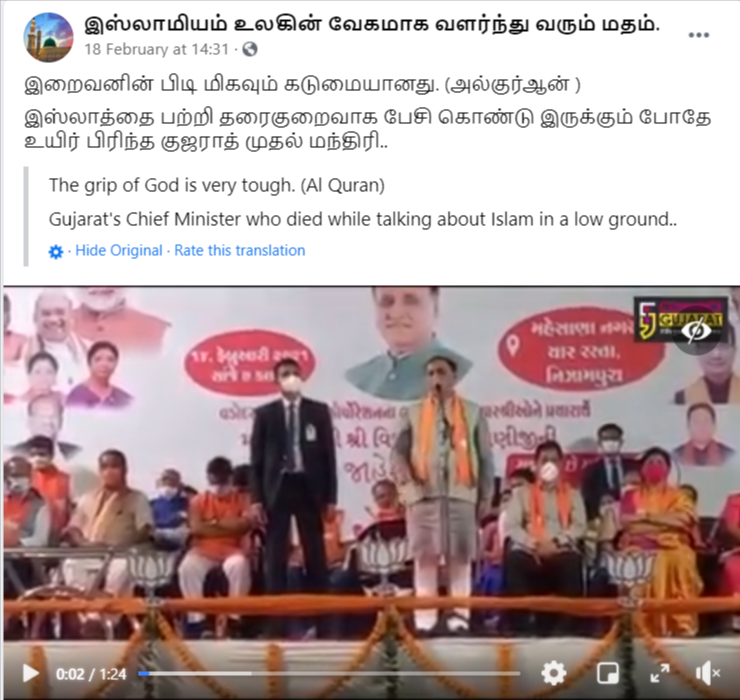 Here’s the link to the above post.
More posts can be seen here and here.

NewsMobile fact-checked the post and found the claim to be false and misleading.
We ran a search and found media reports dated February 15, 2021, stating that Gujarat CM Vijay Rupani had collapsed at a rally in Vadodara. 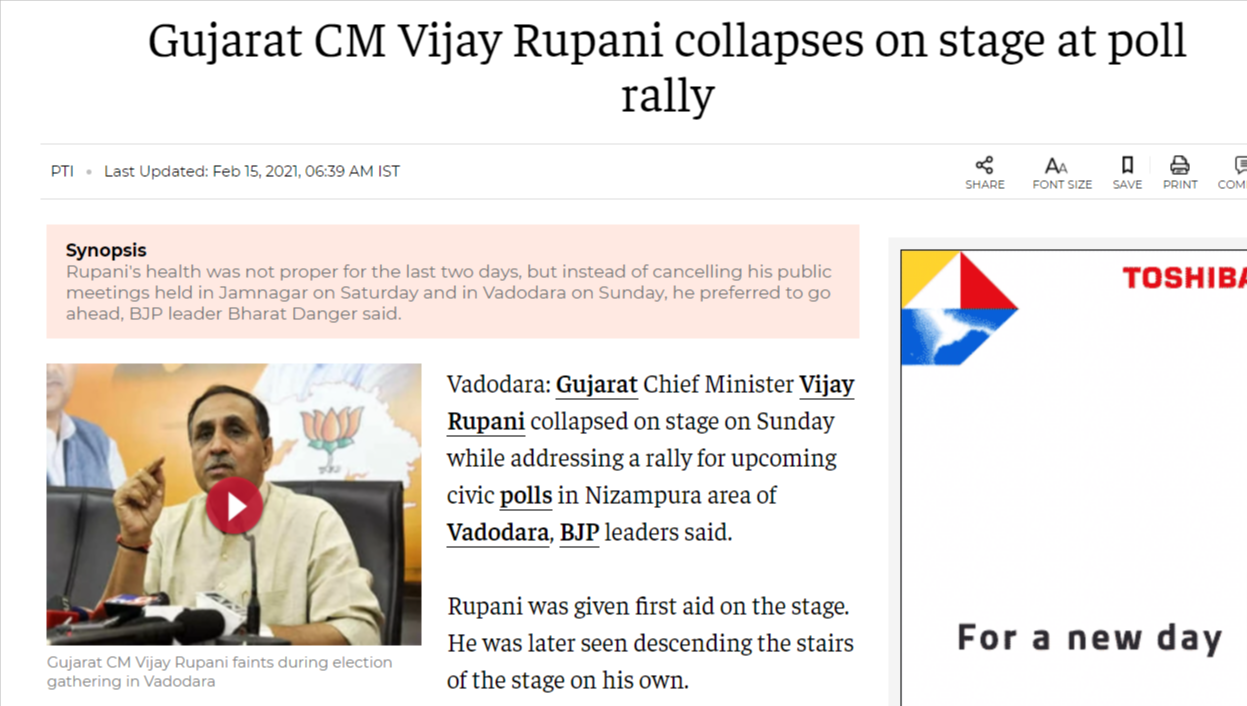 “The chief minister collapsed while he was addressing the public meeting. His security guards caught hold of him when he fell. He was given first aid and is being taken to the airport from where he will go to a hospital in Ahmedabad,” The Economic Times report quoted BJP leader Bharat Danger as saying.
However, reports also clarified that CM Rupani was stable and was under observation for 24 hours. 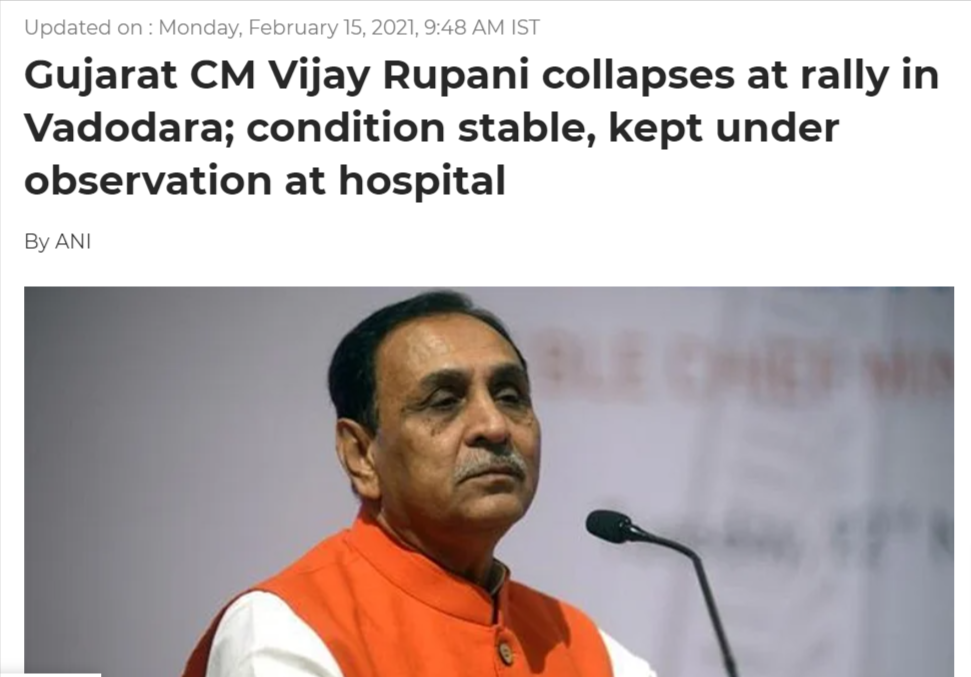 ‘The health of Gujarat Chief Minister Vijay Rupani is stable and he will be kept under observation for 24 hours at the hospital’, the Free Press Journal quoted Dr RK Patel, Director of UN Mehta hospital, Ahmedabad, as saying.
We also found reports stating that a day after he fainted at the poll event, Vijay Rupani tested positive for Covid-19. 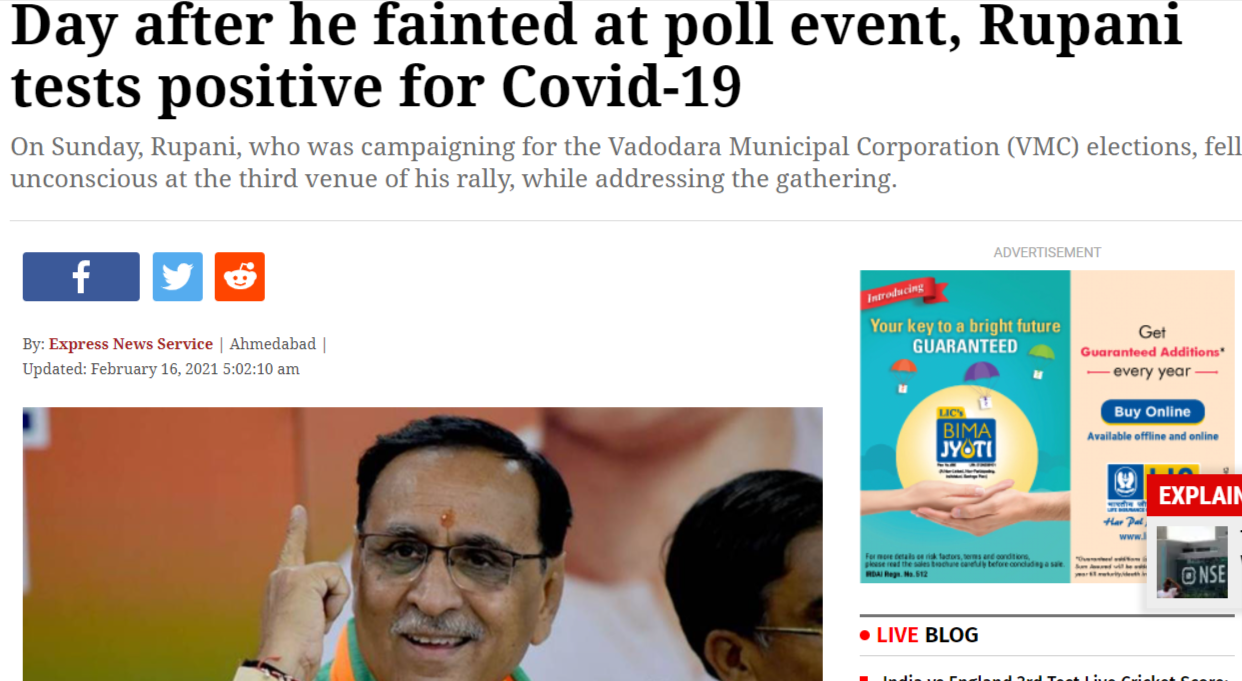 We then checked his official social media account and found that he also attended a rally at Sankheda on February 25, 2021, for the upcoming local body elections. 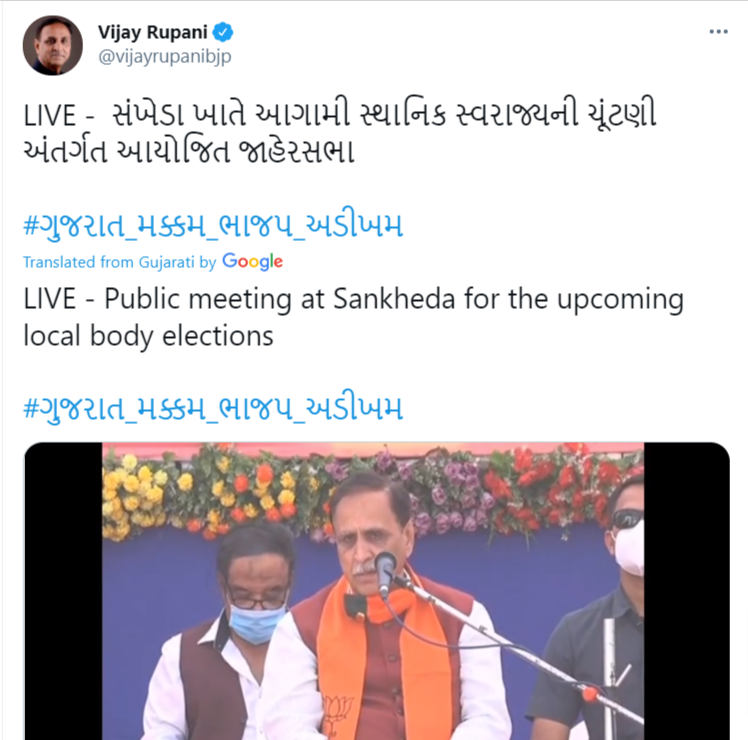 Hence, from the above fact check, it is clear that the post in circulation is misleading and false.