2. European Union leaders will meet today to work on vaccination certificates for EU residents who have received vaccines. 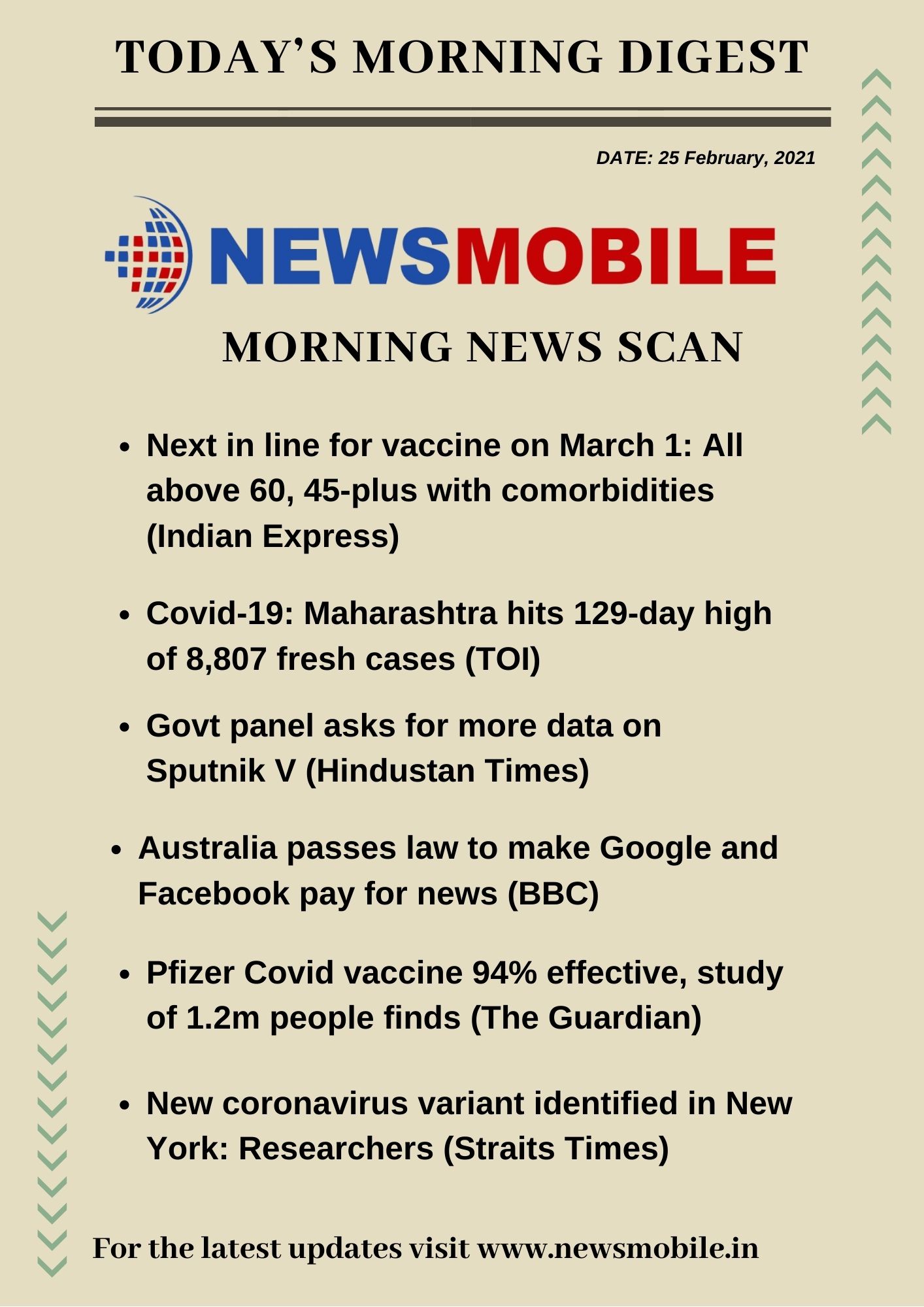 3. A new coronavirus variant is on the rise in New York City, researchers said on Wednesday, The Guardian reported.

5. Switzerland is to start easing out of its lockdown from 1 March, the government has said, confirming preliminary plans to open shops, museums and libraries and allow outdoor gatherings of up to 15 people.

6. Denmark is also to ease some shopping restrictions and allow schools in parts of the country to reopen on 1 March, the government said, potentially allowing hospital admissions to triple in the coming month.

7. Singapore received its first batch of the Covid vaccine made by China’s Sinovac Biotech on Tuesday, its health ministry said, although the shot is still awaiting approval for use in the city-state, Reuters reports.

8. Canada’s largest city Toronto is cancelling all large in-person, city-permitted outdoor events through July as the country seeks to stave off a third wave of the coronavirus pandemic, Reuters reports.

10. Johnson & Johnson’s single-dose Covid vaccine protects against is about 66% effective at preventing moderate to severe forms of the virus, and is safe to use, according to an analysis by US regulators ahead of a final decision on the jab, The Guardian reported.