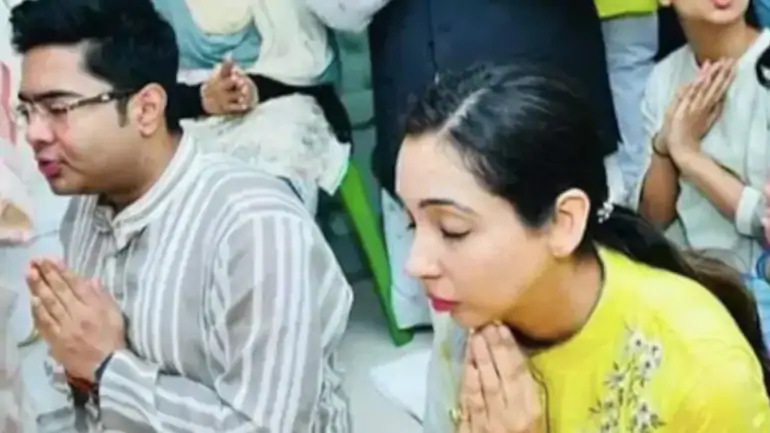 With the poll bugle ringing louder by the minute, conspiracy theories have started gaining ground in poll bound West Bengal. 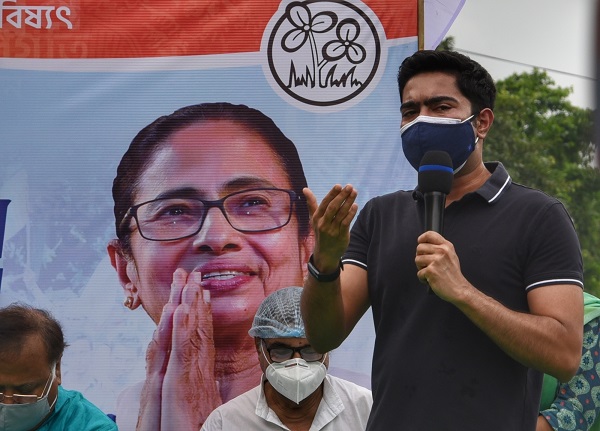 The CBI team was at Rujira’s residence for about an hour and questioned her on the basis of evidence pertaining to alleged evidence of deposits in her Bangkok-based bank account and diversion of funds to her sister’s account in London.

What raised eyebrows is Mamata’s 10-minute visit to her nephew’s residence ahead of the CBI team’s visit. While Abhishek Banerjee has gone hammer and tongs against the ruling BJP for trying to intimidate TMC ahead of the polls, BJP says allegations of motivated witch-hunt are baseless and the central agency is merely following leads and carrying on with its own investigation.

“Daal mein kuch kaala hai (something is fishy). Didi (Mamata Banerjee) is trying to impact the investigation. Didi reaches wherever there is corruption with an intention to cover up things. The CBI has initiated a probe and now more people will be summoned and questioned,” BJP Bengal President Dilip Ghosh said.

Incidentally, Suvendu Adhikari, who recently switched camps from the TMC to BJP and was welcomed to the party by Home Minister Amit Shah in a huge public rally, had showed proof of how illegal proceeds.

“I said I had proof. This shows that money from coal smuggling was deposited in a bank account in Bangkok. The money went to a person named Madam Naroola. Who is Madam Naroola? It is the same person who was once caught at the Kolkata airport with a lot of gold. The truth will be out when Lala, the man who ran the coal smuggling operation, is nabbed”, said Adhikari at a rally, holding up what appeared to be a bank document.

Reference to the coal smuggling has also been made by other BJP leaders including Home Minister Amit Shah.

TMC is crying foul and smelling a conspiracy. “Those named in different cases investigated by central agencies like CBI and ED have joined the BJP — be it Suvendu Adhikari, Sovan Chatterjee or Mukul Roy. But those who have decided not to bow down before the BJP are being intimidated. Abhishek Banerjee has handled the matter with utmost courage… TMC is not going to be affected by all this,” TMC spokesperson Kunal Ghosh said.

WHAT IS THE BENGAL COAL SCAM?

The Bengal coal scam allegedly involves illegal mining and smuggling of coal worth crores of rupees across Bengal’s borders to other states including Uttar Pradesh, Jharkhand, and Bihar with the help of deep-rooted babu-neta nexus.

CBI has over the past few weeks conducted searches in different locations across West Bengal including Purulia, West Burdwan, and Kolkata and is looking out for local coal smugglers to establish the larger web of smuggling.

Incidentally, CBI had registered an FIR against Anup Majhi, popularly known as Lala, in November 2020, and his deputy Joydeb Mondol, both of whom are allegedly the brains behind the multi-crore scam.

WHY IS RUJIRA UNDER CBI LENS?

Rujira Naroola made it to the headlines for the first time in March 2019 in a case related to the Customs department, when she was held at the Netaji Subhash Chandra Bose International Airport in Kolkata for allegedly carrying 2 kg gold without declaration on her way back from Thailand. Her sister Menaka was also present on this trip.

The matter reached Court and she was granted interim relief from appearing before the Customs Department which had issued a notice to her.

Abhishek had then dubbed this incident as “harassment” of his wife as a political ploy.

In the coal scam, CBI is investigating transactions in overseas bank accounts of both Rujira and her sister Menaka. According to CBI sources Lala has allegedly claimed that he deposited money to the tune of crores in Rujira’s account as “protection money”.