India has urged Human Rights Council to call upon Pakistan to take credible and irreversible steps to end state-sponsored terrorism and dismantle the terrorist infrastructure in the territories under its control.

India exercised its right of reply under the high-level section of the 46th session of Human Rights Council.

Young diplomat Seema Pujani, who is the Second Secretary at the Permanent Mission of India here, spoke at the forum on India’s behalf.

Pakistan on Tuesday made references to the Indian union territory of Jammu and Kashmir in the high-level segment. It asked the United Nations Human Rights Council and the international community “to give up politically driven double standard on human rights”.

In its right of reply, India said it is not surprised that Pakistan’s representative has chosen to misuse the august forum yet again. “Pakistan’s continued misuse of various platforms to engage in baseless and malicious propaganda against India is not new,” Seema Pujani said.

India also said that before pointing a finger at others, Pakistan should put its house in order. 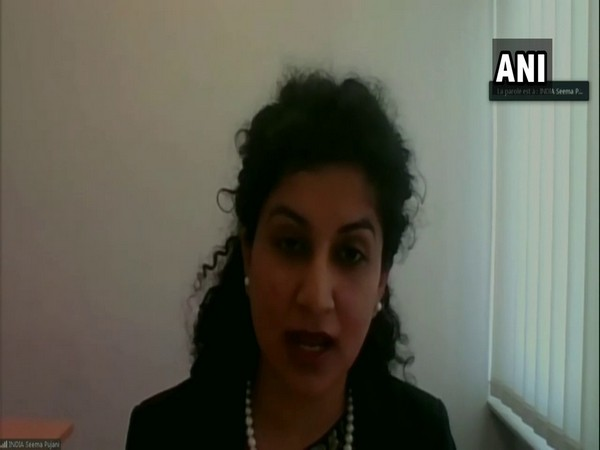 “As a country with one of the world’s worst human rights records, Pakistan would do well to put its own house in order, before venturing to point a finger at India,” Pujani said.

“The violence, institutionalized discrimination and persecution faced by Pakistan’s minorities, including Christians, Sikhs and Hindus, has continued unabated. There have been frequent attacks on the places of worship of minority communities, a grave violation of their right to freedom of religion and belief,” she said.

India also said that the acquittal of Omar Sheikh, the terrorist convicted of abducting and murdering US journalist Daniel Pearl in 2002, exposes the nexus between Pakistan and terrorists.

“The recent acquittal of Omar Saeed Sheikh, the al-Qaeda terrorist and murderer of the American journalist Daniel Pearl by the Pakistani Supreme Court is a clear example of the Pakistani establishment’s nexus with such entities and, as the US Secretary of State said, it is ‘an affront to terrorism victims everywhere’,” Pujani said.

She said Pakistan has been the home and patron to the largest number of internationally proscribed terrorist entities and individuals in the world.

“As many as 126 individuals and 24 entities, sanctioned under the UN Security Council 1267 and 1988 Committees’ Lists, are associated with Pakistan. State-sponsored terrorism by Pakistan is a threat, not only to India but to other countries in the region and beyond,” she said.

“We reiterate that the entire Union Territories of Jammu and Kashmir and Ladakh are an integral and inalienable part of India. The steps taken by the Government to ensure good governance and development in these Union Territories are our internal matters,” she added.

(With Inputs From ANI)