Did BJP Gain Anything After Congress’ Loss In Puducherry? | Newsmobile
Wednesday, August 17, 2022

Home Home Slider Did BJP Gain Anything After Congress’ Loss In Puducherry? 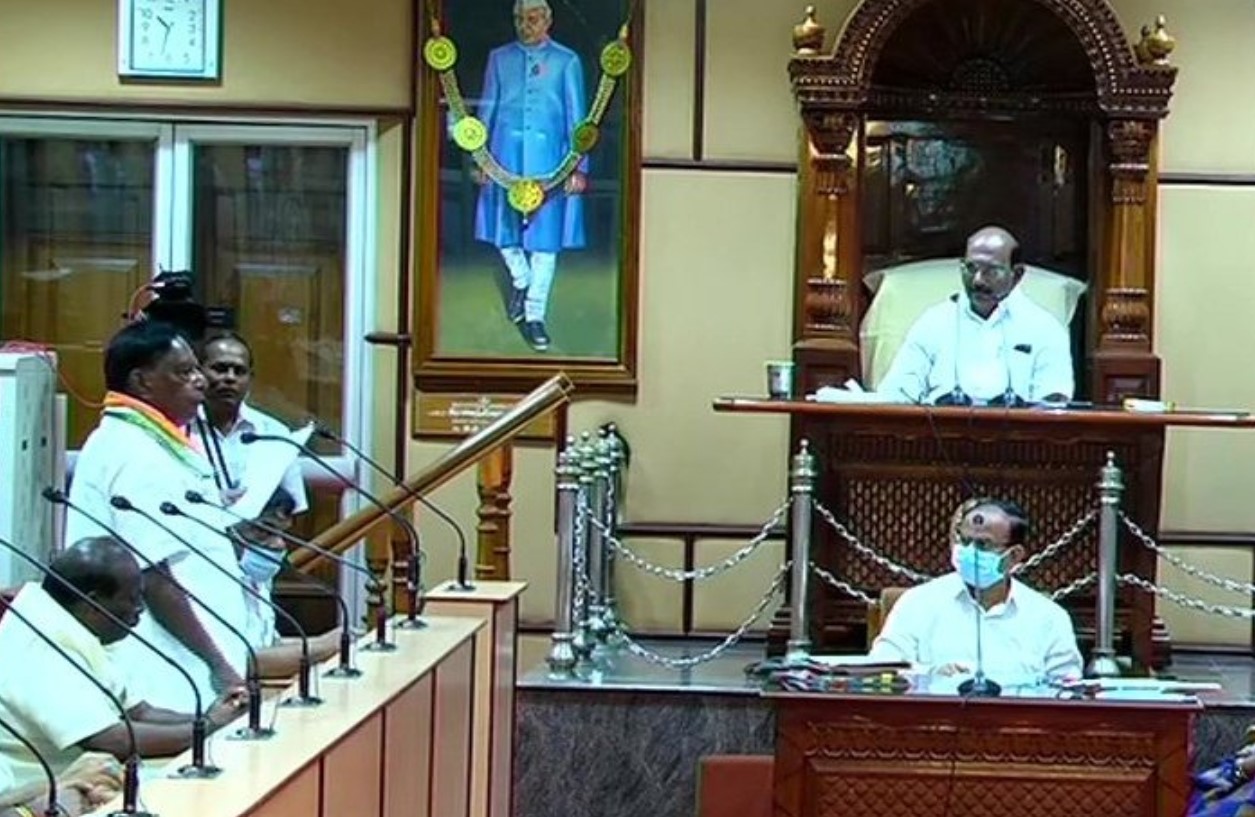 After the Congress government lost power in Puducherry on Monday (February 22), BJP announced that it would not form government in the Union Territory.

The political turmoil in Puducherry comes months ahead of the upcoming assembly election there and in Tamil Nadu, Kerala, West Bengal and Assam.

With a spate of resignations of party MLAs over the past month, Congress reduced to a minority and V Narayanasamy lost the floor test in the state assembly.

The development came days after the sudden removal of Kiran Bedi as Lt. Governor by the Centre. She had become the principal rival of the Congress-DMK government in the poll-bound Puducherry. She was replaced with the Tamil-speaking Telangana Governor Tamilisai Soundararajan.

But what did BJP gain in a Union Territory where it is yet to establish deep roots and has only three nominated MLAs in the Assembly?

Here’s what to know:

The saffron party has already joined hands with the AIADMK and the former chief minister N. Ramaswamy-led N.R. Congress to fight the Puducherry election.

Since coming to power in 2014, the BJP has been on a mission to show Congress and its leadership in a poor light. And with this latest political development, the BJP has reinforced the image of the Congress as a “party that cannot rule or hold its people together”. In the past, Congress had lost its government in Madhya Pradesh, Goa, Manipur, or Arunachal Pradesh even after coming to power.

According to a party leader, who is familiar with the matter, since the BJP has not staked claim to form a government in the UT just ahead of Assembly elections, no one can say that the BJP was hungry for power. Rather, the focus will be on Congress’s failure, and its leadership’s inability to retain power.

Of the five MLAs who resigned from the Congress, three have already joined the BJP and others may follow. A Namassivayan, who resigned as PWD Minister and joined the BJP, has considerable political influence in his Villianur constituency and surrounding areas. Such leaders can draw votes for the BJP in their areas, party leaders said.

Any move to destabilise the Congress government while Kiran Bedi was Lieutenant Governor could have hurt the image of both the BJP and the central government, due to the long-drawn-out battle between her and Chief Minister Narayanasamy, BJP leaders said.

Now only time will tell – would the Congress be able to come back to power in Puducherry or the BJP would gain in the UT.