Home NM FACT CHECKER Fact Check: No! This Video Does Not Show Visuals Of First Hindu... 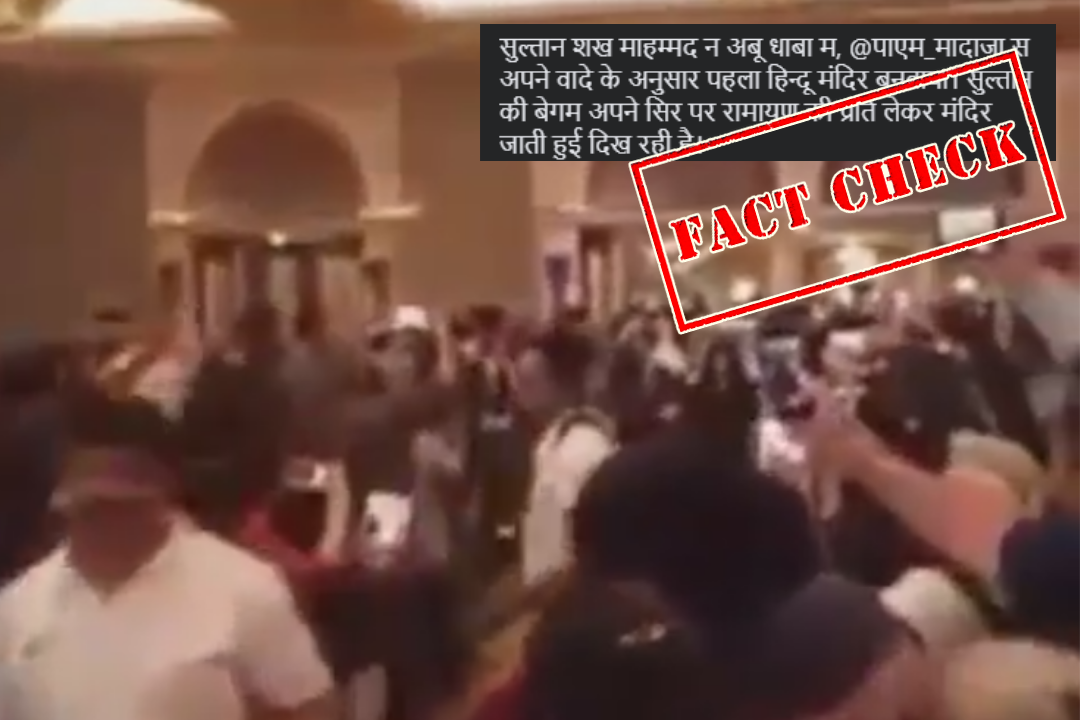 A video allegedly showing visuals of the first Hindu temple built by Sultan Sheikh Mohammed in Abu Dhabi is doing rounds on social media. It is also being claimed that in the video the Sultan’s wife is carrying the Ramayana on her head.

(Translation: Sultan Sheikh Mohammed built the first Hindu temple in Abu Dhabi, as he promised to @PM_Modiji. Sultan’s Begum is seen going to the temple with a copy of Ramayana on her head. Jai Shree Ram)

We fact-checked the above post and found that both the claims are fake.

We did a Google Reverse Image Search on the keyframes of the video and found a YouTube video published on September 24, 2016. The title of the video read, “‘Morari Bapu-Abu Dhabi-Dubai’”.

We then looked for the event on the Morari Bapu website and we found that Morari Bapu organised this event in Abu Dhabi between September 17 and September 25, 2016. 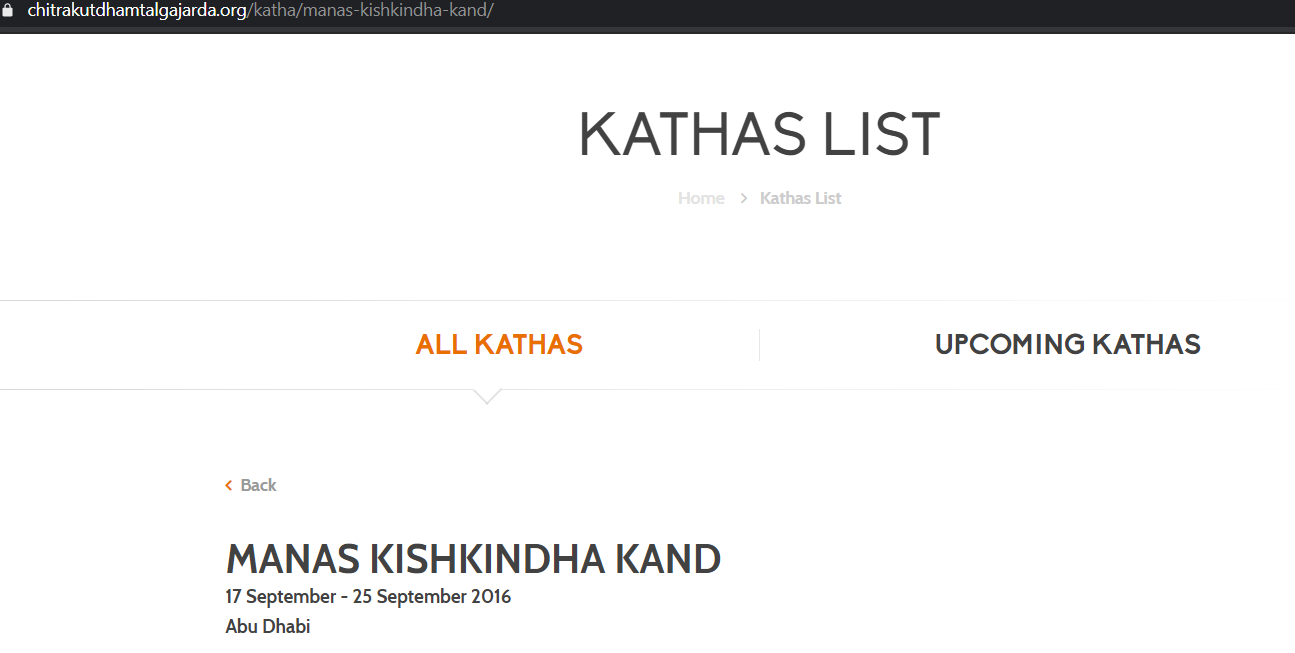 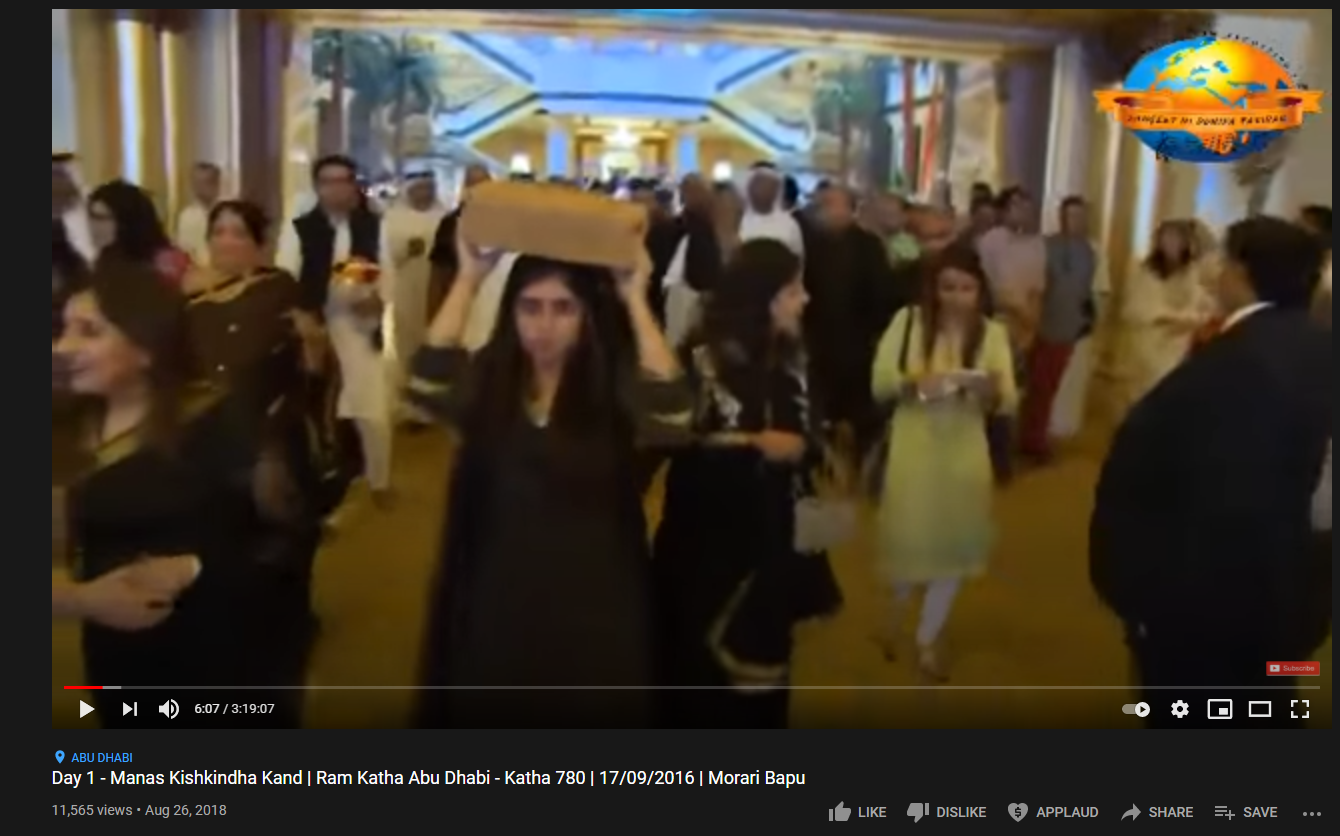 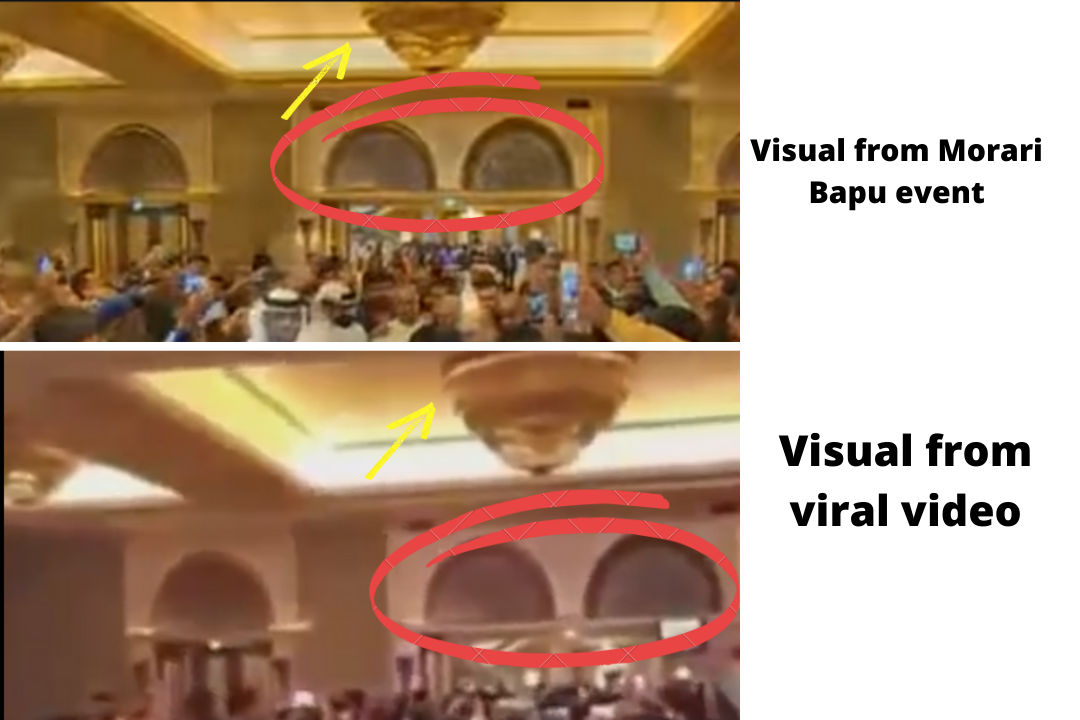 The description of the video mentioned that the event took place in a Abu Dhabi hotel, Emirates Palace. We found some pictures of the hotel and compared them to the viral video.

On comparing the pictures, it becomes clear that the event took place in the Emirates Palace hotel. 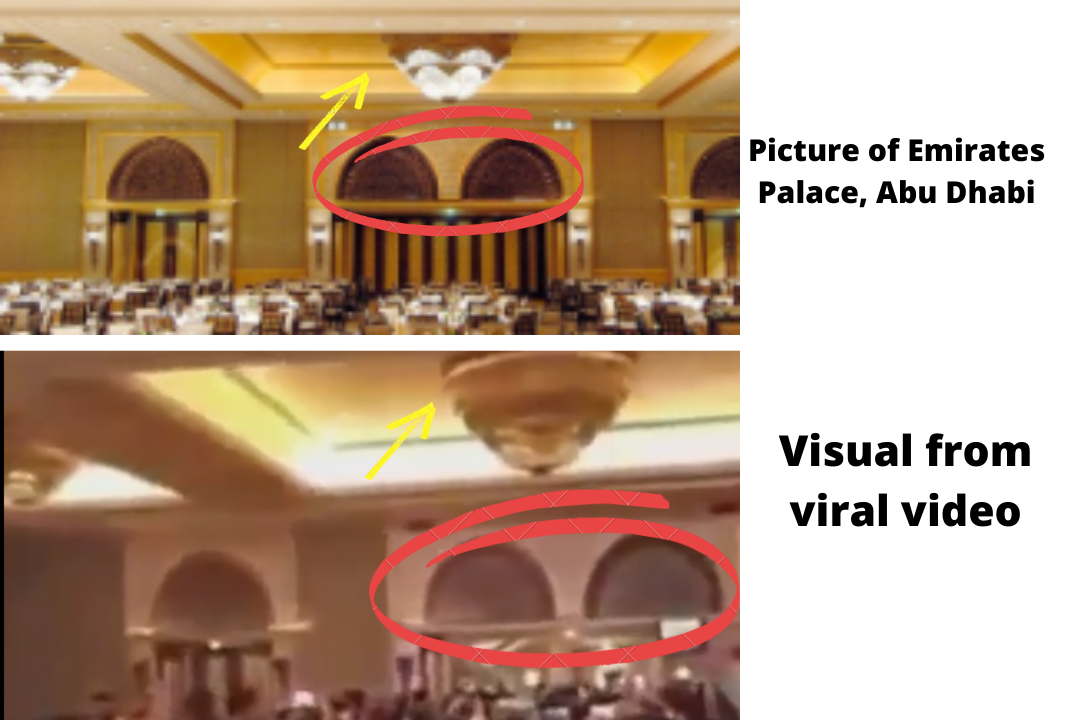 The above information makes it clear that a video of an old religious event is being falsely claimed to be of the first Hindu temple built in Abu Dhabi.

In an interview with ABP News, Morari Bapu clarified that the woman in the video was not the wife of Abu Dhabi Sultan but the daughter of one of the volunteers in his organisation. 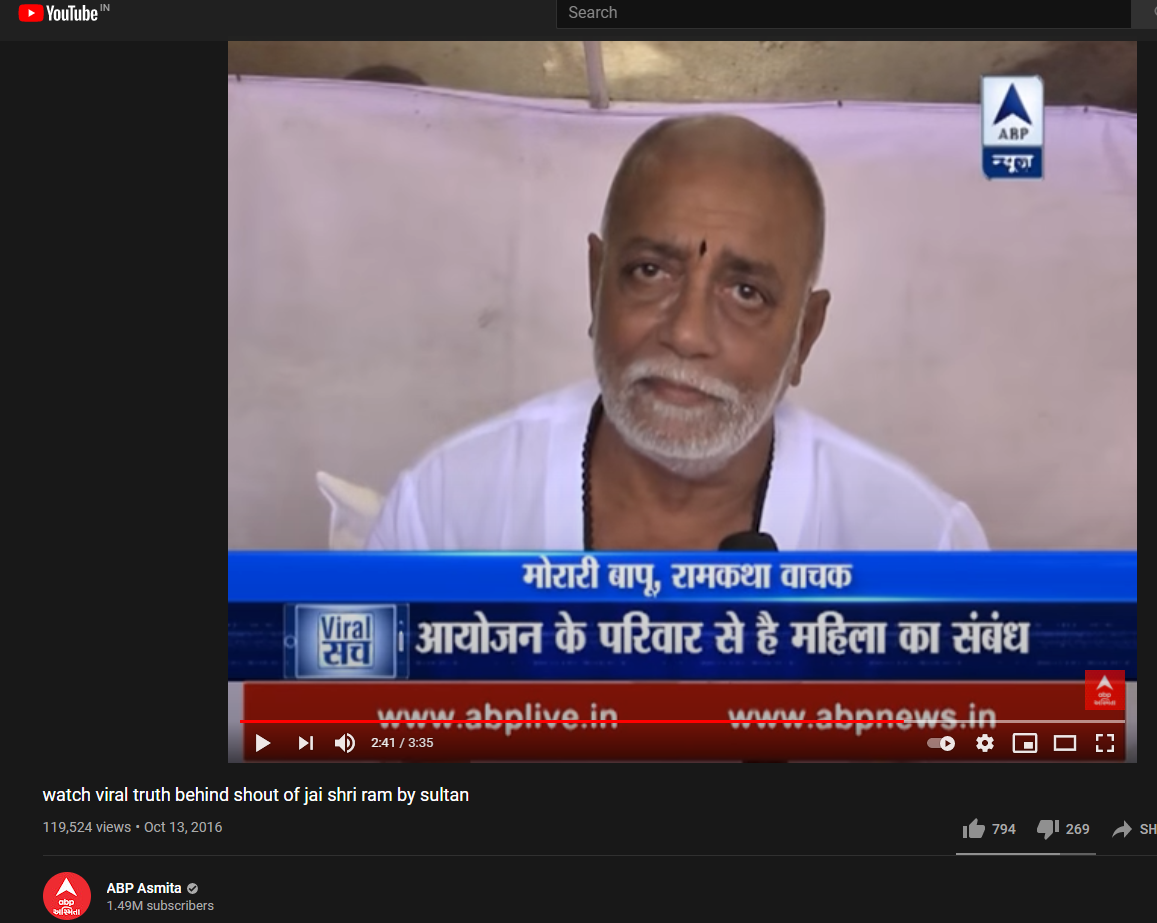 Hence, based on the above investigation, we can say that both the claims attached to the video are FAKE.