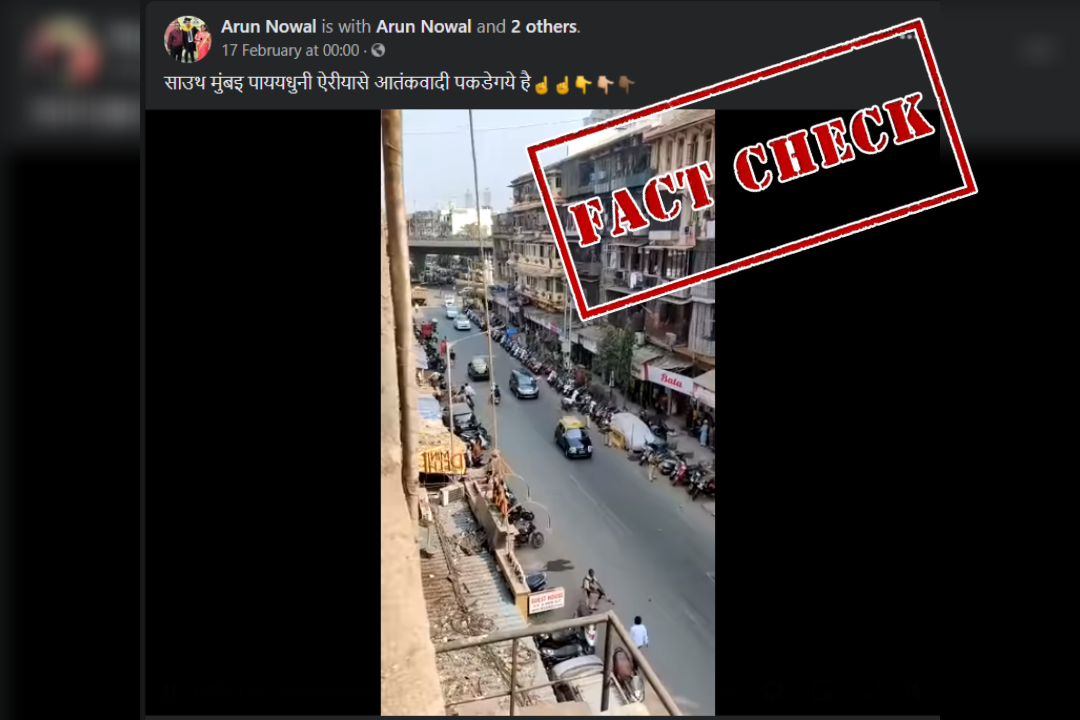 A video of what seems like a police operation is doing rounds on social media. It is being claimed that it is a video footage of some terrorists who were nabbed from the Pydhonie area of South Mumbai. 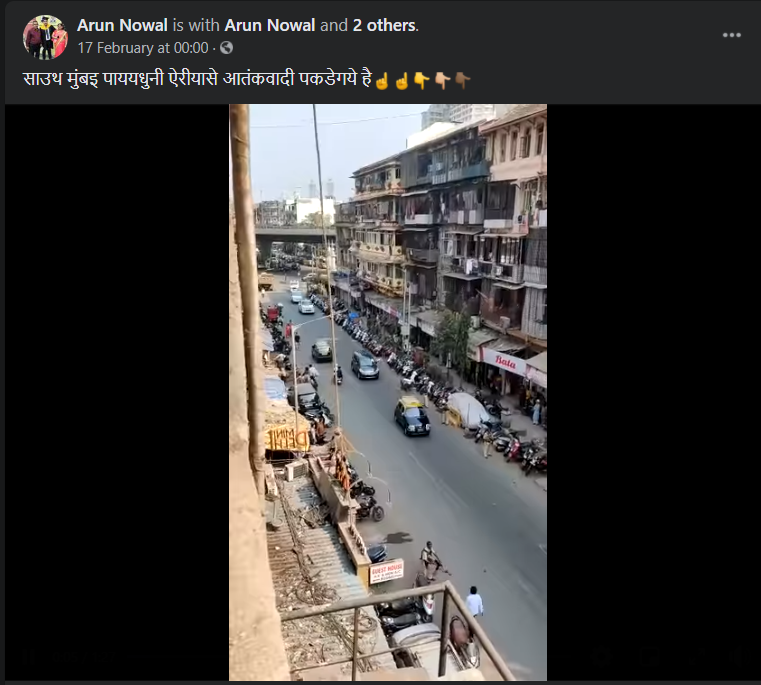 We ran a Reverse Image Search of keyframes from the video and found a post on Facebook that states that the video shows the shooting for a web series that took place in the Pydhonie area. 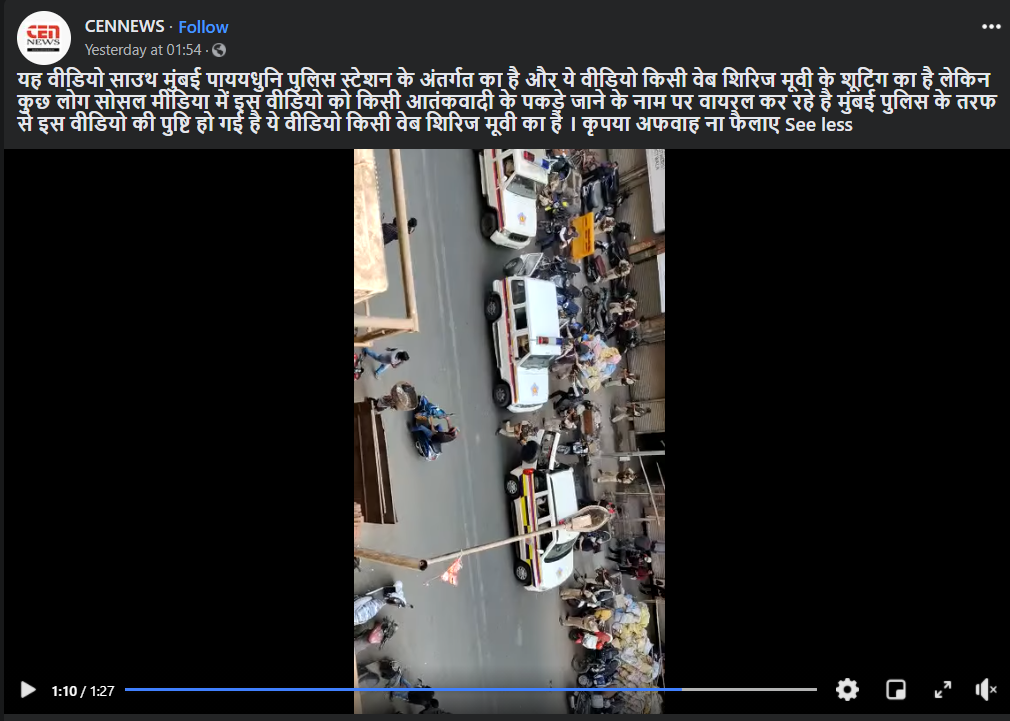 With that information, we looked at the video closely to look for hints or clues. We found a person carrying a video camera. 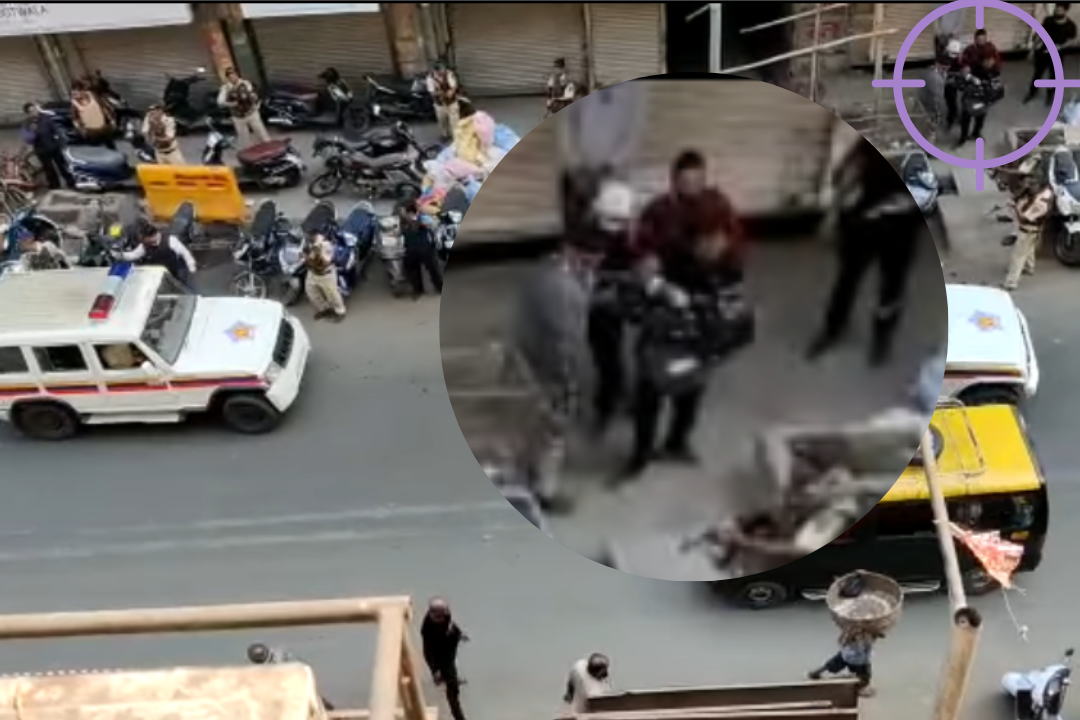 Further, NewsMobile contacted Pydhonie Police Station and a police official, who did not want to be named, confirmed that the video shows a web series shooting that happened on February 14, 2021, and does not show any police operation, as claimed above.

The official further stated that formal permission was taken for the shoot and they were well aware of the shooting that took place inside a building, close to the police station on Ibrahim Rahmatullah Road.

We also looked for media reports to check if any terrorists were nabbed in the area but did not find anything remotely close to the claim. 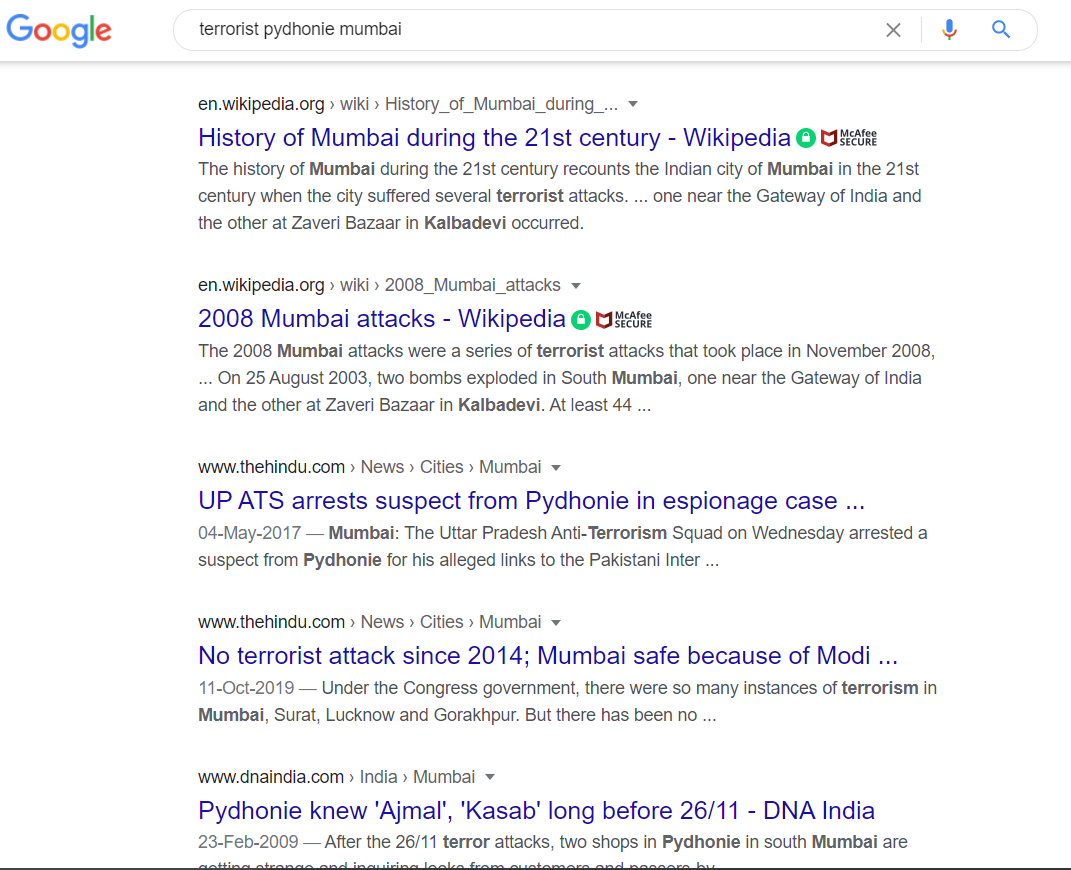 Hence, based on the above information, we can say that the video does not show a police operation but a web series shooting.