A video of some JCB machines working on debris is doing rounds on the internet. It is being claimed that the footage is of Indian Army destroying Chinese bunkers along the Line of Actual Control (LAC) after around 5,000 Chinese soldiers left the area with 150 tanks.

We did a Google Reverse Image Search on the keyframes of the video and found a YouTube video by newswire ANI published on February 15, 2021. The title of the video read, “Chamoli disaster: 56 bodies recovered, rescue operation underway”.

As per the video, ITBP and NDRF carried out a search and rescue operation at Raini village in Uttarakhand’s Chamoli on February 15, 2021, following the glacier burst. They discovered 56 bodies that had been washed off by a flash flood triggered due to the glacier burst on February 7, 2021 in Chamoli.

We also found the visuals in a report by The Economic Times dated February 15, 2021. The title of the report read, “Chamoli disaster: 56 bodies recovered, rescue operation underway.” 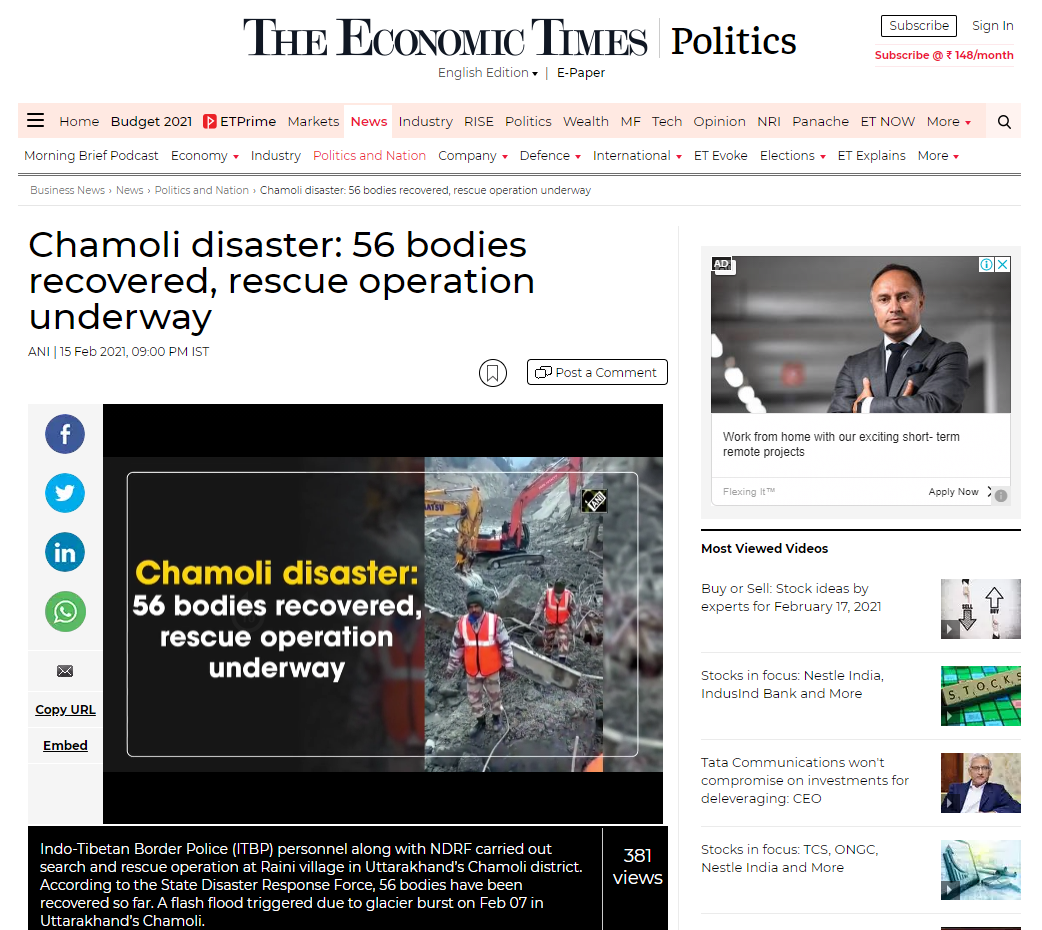 Further, we found the video on ITBP’s verified Twitter handle stating that the visuals show a search operation at Raini village in Uttarakhand.

Hence, based on the above investigation, we can say that the claim attached to the video is FAKE.