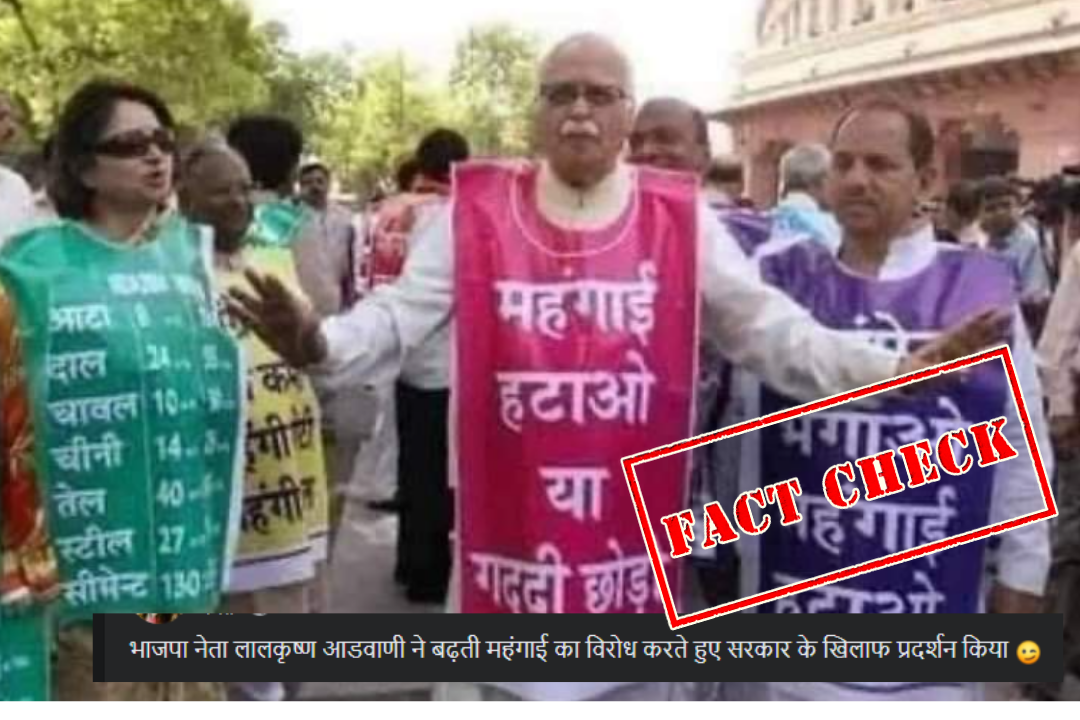 As prices of petrol, diesel and LPG gas cylinders hit a record high, a picture of senior BJP leader LK Advani protesting against high prices is doing rounds on the internet.

The banner hanging around Advani’s neck reads “Remove inflation or step down”. 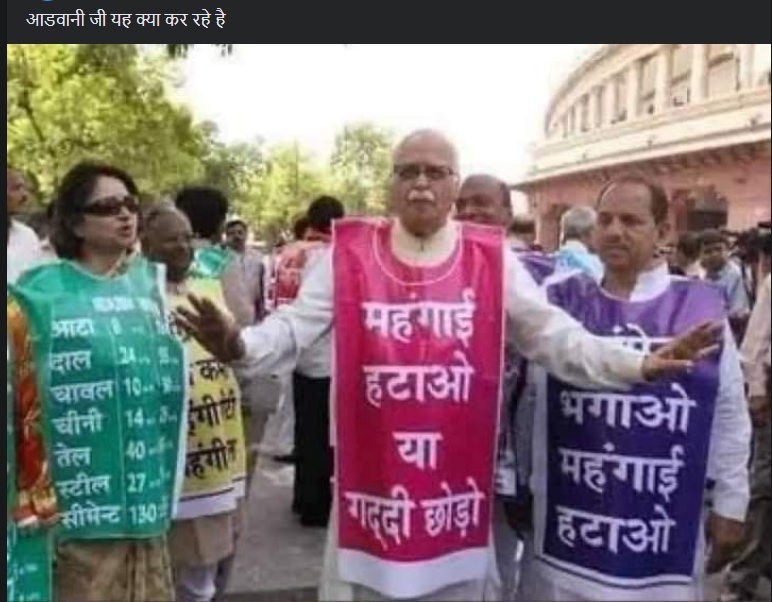 NewsMobile fact-checked the above post and found that it is fake.

With the help of Google Reverse Image Search, we found the same picture in a report by The Times Of India, dated April 26, 2008. The headline of the report read, ‘BJP protests price rise’. 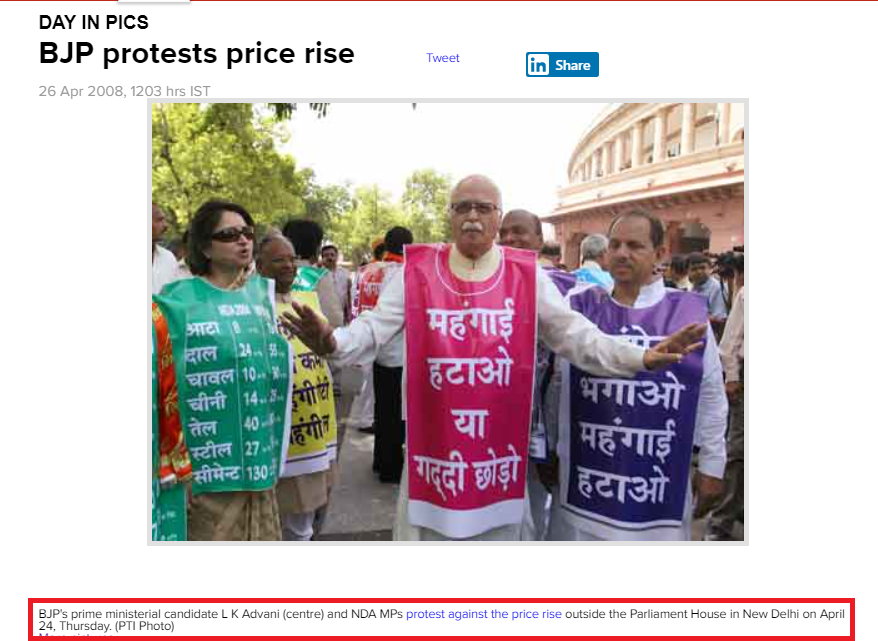 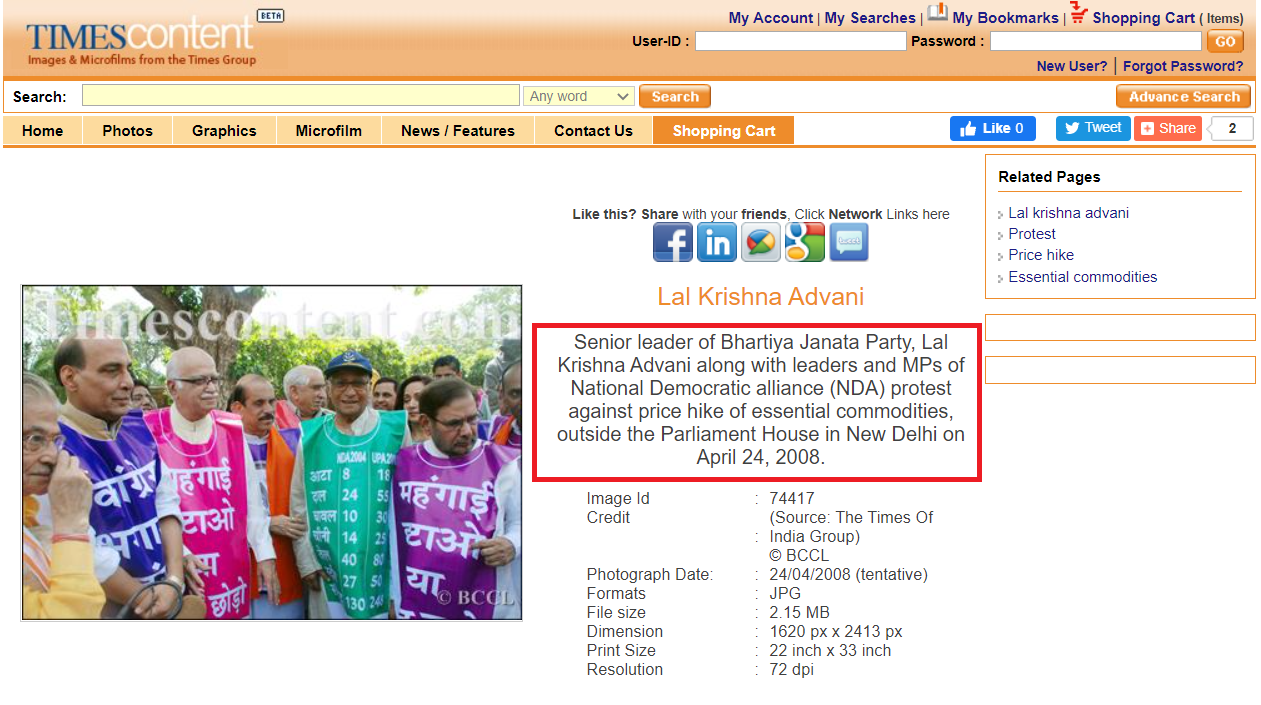 The description of the report read, ‘Senior leader of Bhartiya Janata Party, Lal Krishna Advani along with leaders and MPs of National Democratic alliance (NDA) protest against price hike of essential commodities, outside the Parliament House in New Delhi on April 24, 2008.’

The above information proves that the picture of Advani protesting against inflation was taken in 2008 and is not a recent one.