A video of a rapper focusing on farmers’ struggle is being shared on social media with a claim that a contestant in an MTV show took up the issue of farmers’ agitation.

(Translation- How many supporters of the farmers’ movement will you sue? Will the government sue MTV as well? After the Miss India contest, once again the issue of farmer agitation has been highlighted on MTV, even the judges gave him a standing ovation)

We extracted keyframes of the video using InVid Tool and then put the keyframes through Reverse Image Search.

As per the description, the contestant EPR performed the rap song ‘ Tobe Ekla Cholo Re’ on the MTV show Hustle.

With that information, we did a Google search using the keywords and found the video on EPR AKA Santhanam Srinivasan Iyer‘s verified Instagram profile published on October 15, 2019.

The Times Of India also covered the rapper’s performance in a report dated October 18, 2019. 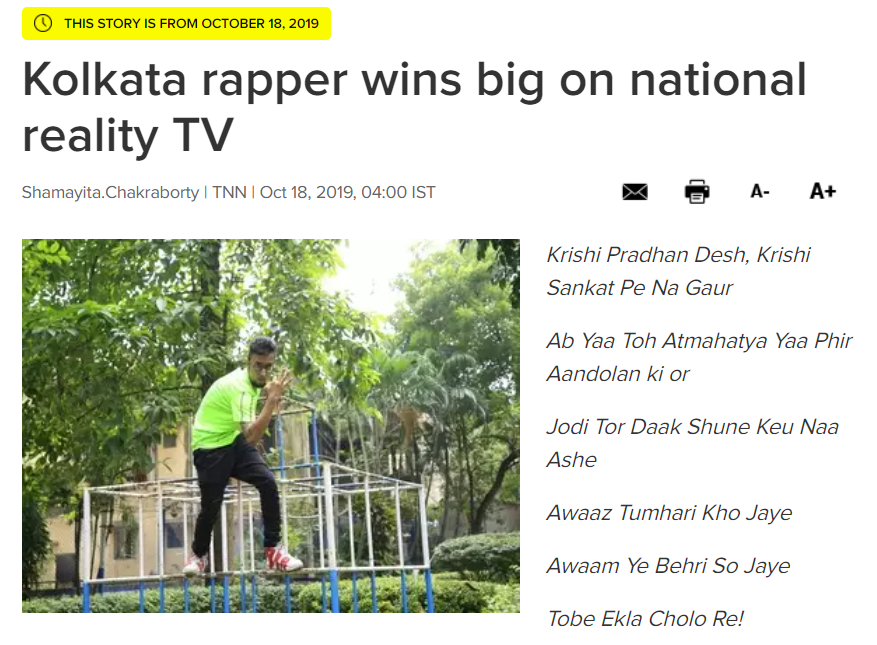 However, when we looked for media reports on the latest farm laws which have triggered the ongoing protests, we found that the three agricultural bills were passed in the Parliament in September 2020.

The timeline of the Farm Bills 2020 (Source: The India Forum /PIB)

From the timeline, it is clear that the ordinances were promulgated in June 2020 but the video has been in existence on the internet before that.

Hence, from the above information, it is clear that the post in circulation is misleading.