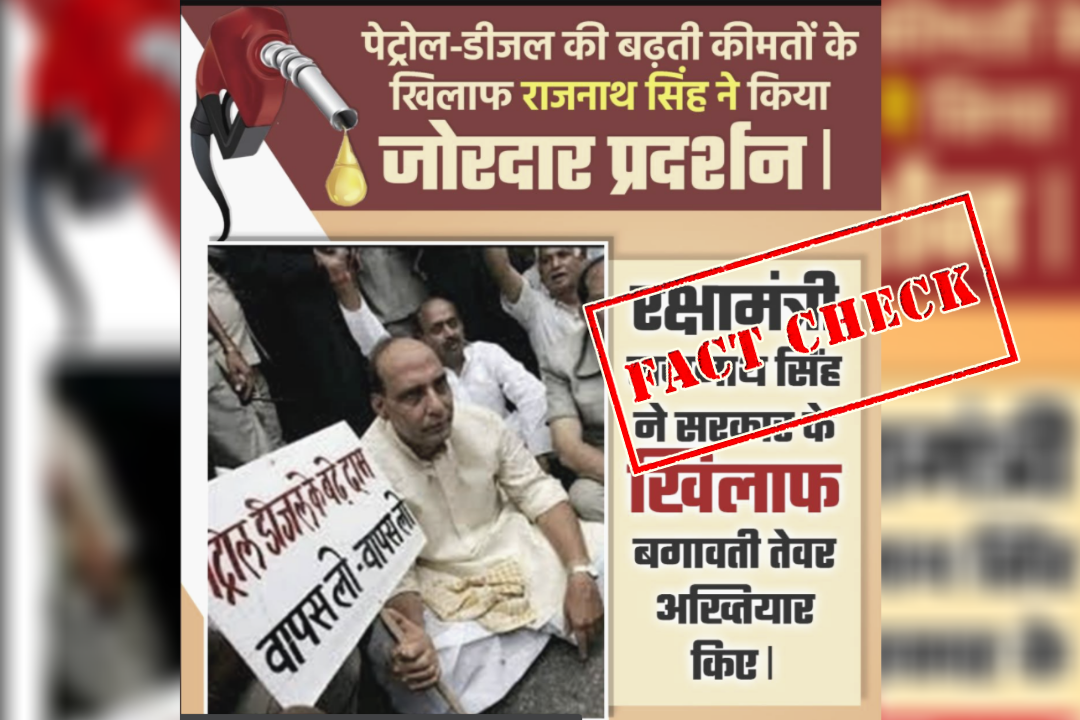 The text of the post in Hindi can be loosely translated as ‘Rajnath Singh protested against the rising prices of petrol and diesel, Defence Minister Rajnath Singh took a rebellious stand against the government.’ 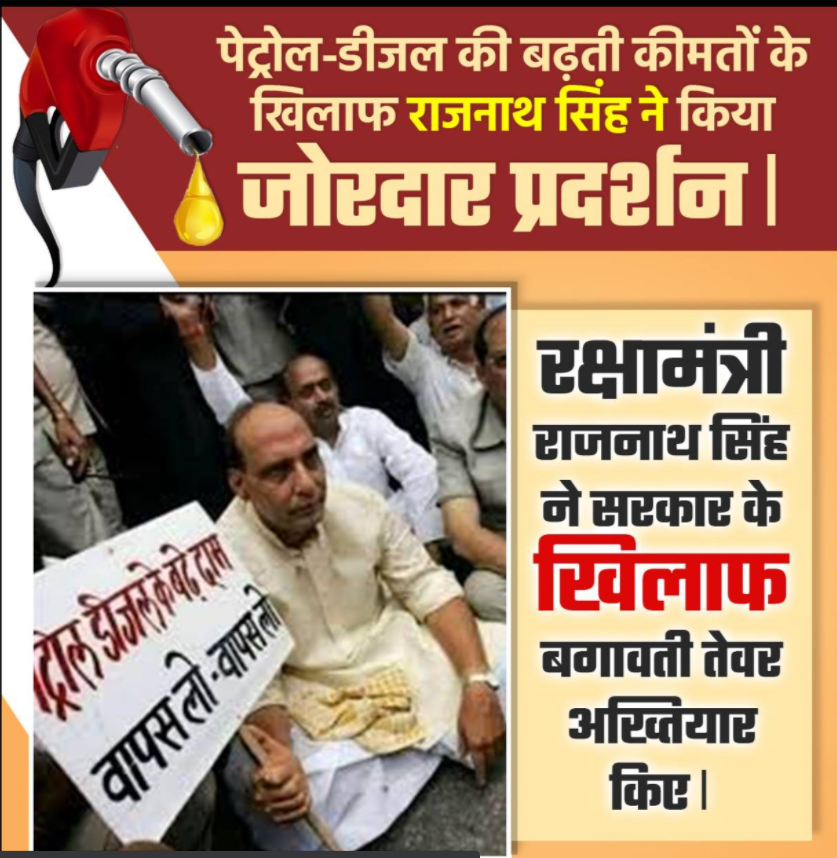 We ran a Reverse Image Search on the picture and found the picture in a Facebook post dated September 14, 2017.

We found the picture in a news report by National Herald. The caption of the picture read, “Rajnath Singh during a protest against hike in fuel price before 2014”. 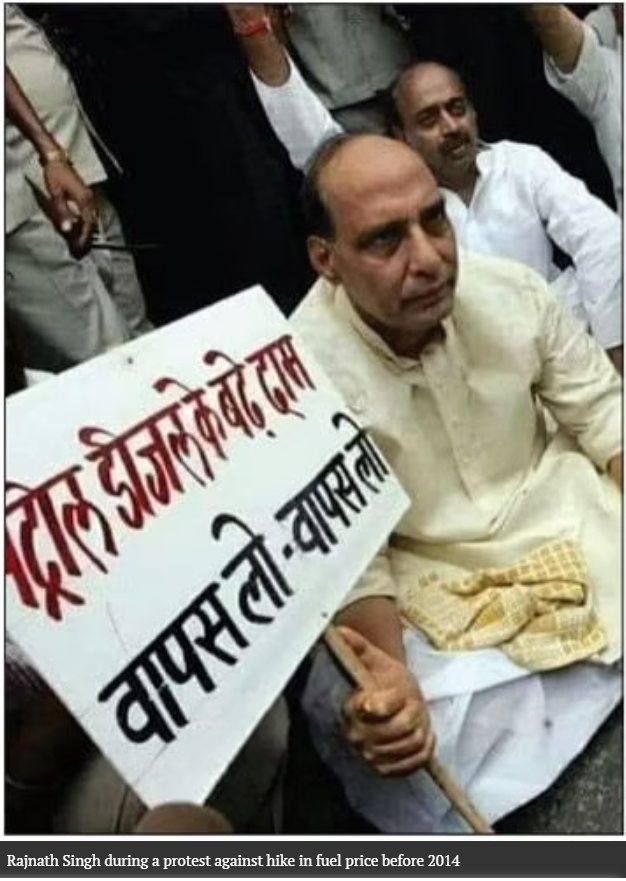 According to the caption, the picture was taken when Congress was in power.

The picture was featured in a report by Lokmat dated September 25, 2018. The article mentions the protests and dharnas organised by BJP leaders during the UPA government’s tenure, when the price of petrol was close to Rs 75. 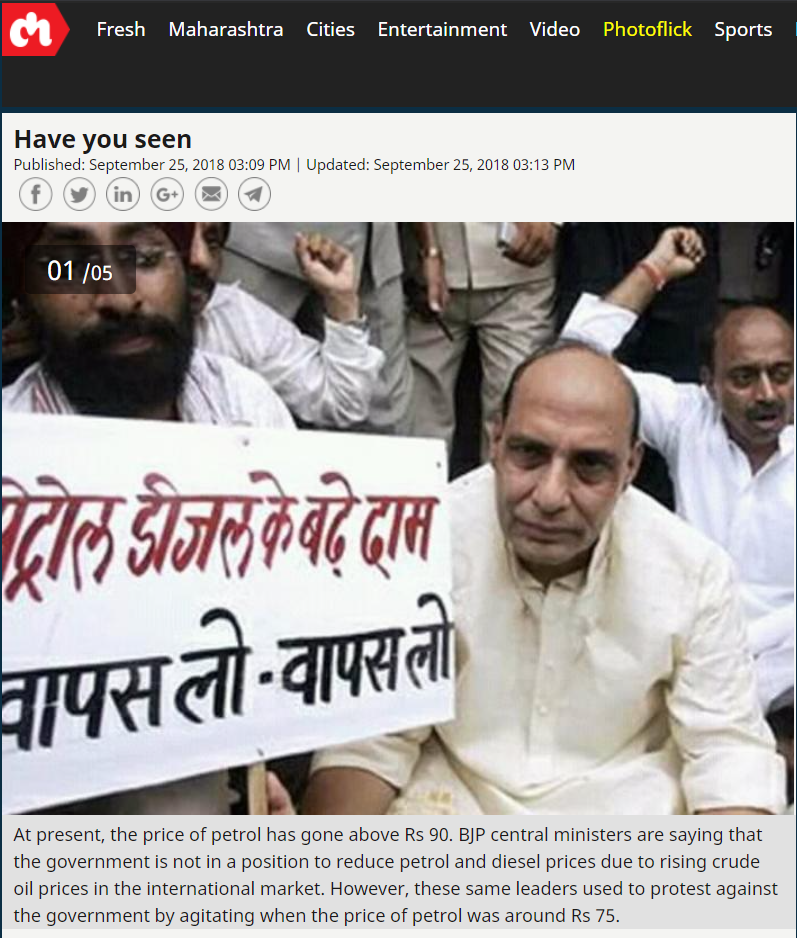 We looked further for media reports but did not find any recent report that claimed that Rajnath Singh protested against the petrol hike after Bhartiya Janata Party came to power in 2014. 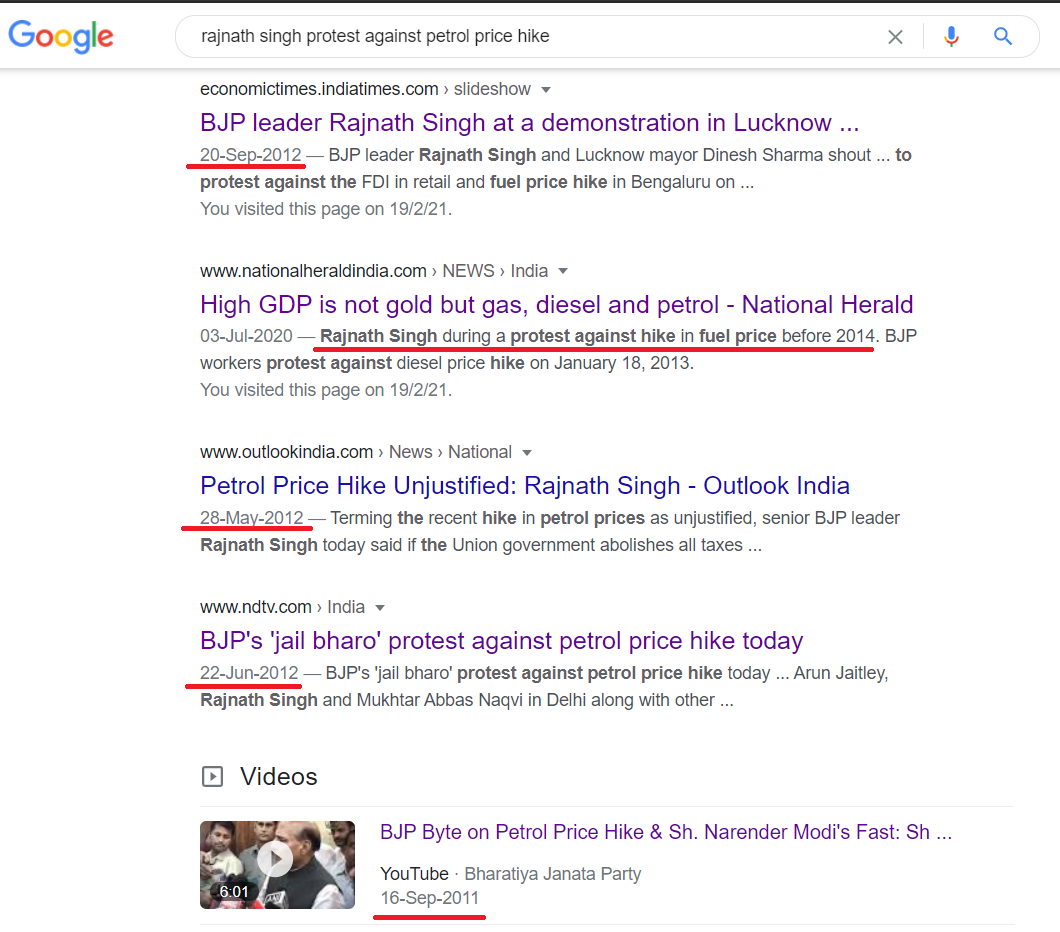 NewsMobile could not independently verify when this picture was taken but based on the above information, it can be clearly said that the picture was taken before 2014 when Rajnath Singh protested against high petrol prices under the UPA government.