A video of a group of men parading two handcuffed men in what appears to be RSS uniform is doing rounds on social media with a claim that extremist Islamist organisation Popular Front of India (PFI) activists in Kerala’s Malappuram district chained and paraded RSS workers publicly through the streets.

(Translation: PFI rally in Chellari, Kerala. ‘La-ilah-ilahah’ slogans are being raised here and some RSS workers are tied with chains and ropes. They are being dragged like animals on streets! They are tied up and their procession is taken out in ISIS-style.) 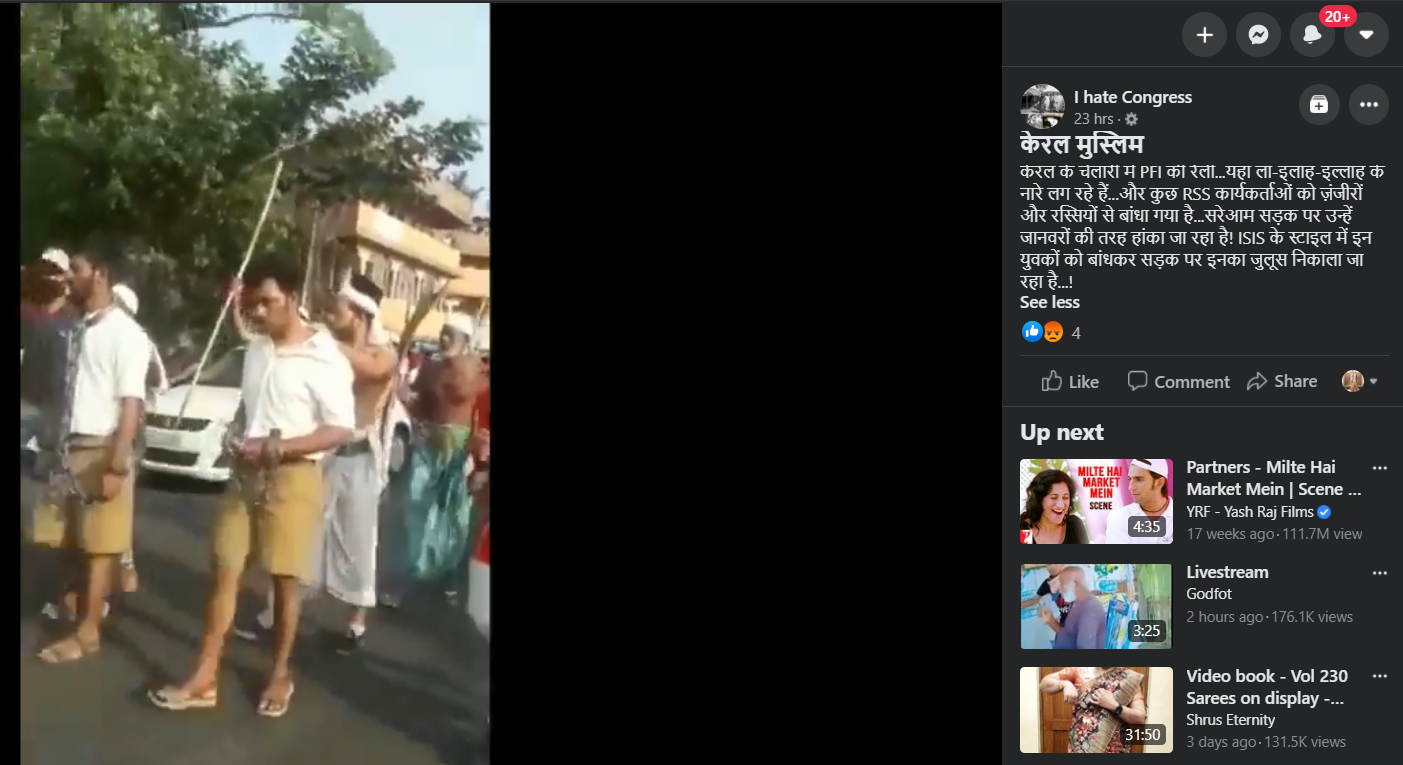 We ran a Reverse Image Search on the keyframes of the video along with some keywords and found a report by Times Now published on February 19, 2021. The headline of the report read, “Kerala: RSS members allegedly depicted by individuals role-playing in handcuffs at PFI march [VIDEO]” 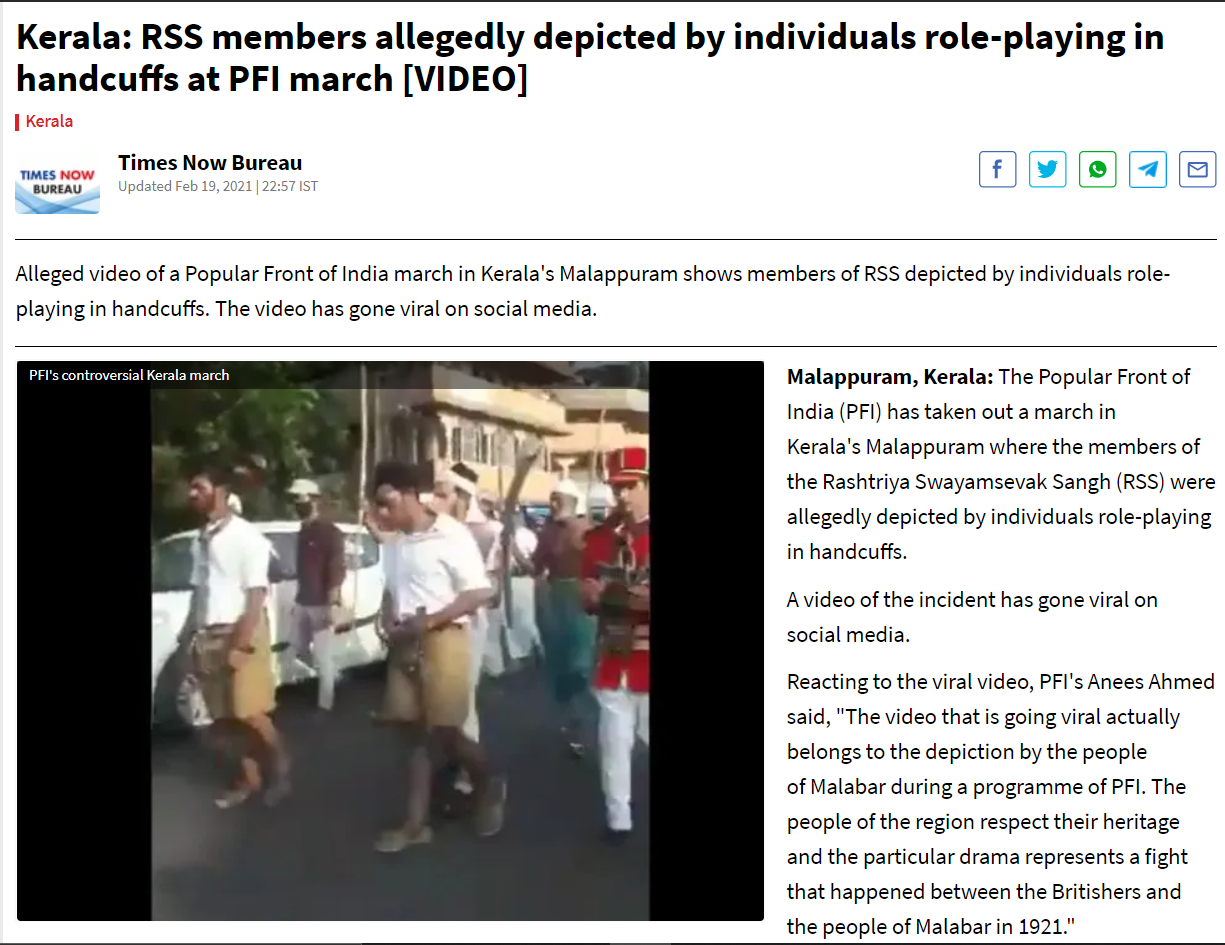 According to the report, the Popular Front of India (PFI) took out a unity march in Kerala’s Malappuram on the occasion of Foundation Day on February 17, 2021. The video shows a tableau by the people of Malabar during the march. The actors in the tableau belong to PFI and represent a fight that happened between the Britishers and the people of Malabar in 1921.

We also found a visual from the video in a report on Inshorts dated February 20, 2021. The headline of the report read, “PFI takes out rally in Kerala with people dressed like RSS cadres”.

As per the report, the Popular Front of India (PFI) took out a rally in Kerala’s Malappuram in which people dressed like RSS cadres and British officers were seen to be chained and tied with ropes.

Hence from the above information, it is clear that RSS workers weren’t chained during the parade, but the men in the RSS uniform were members of PFI who had dressed up for the march.