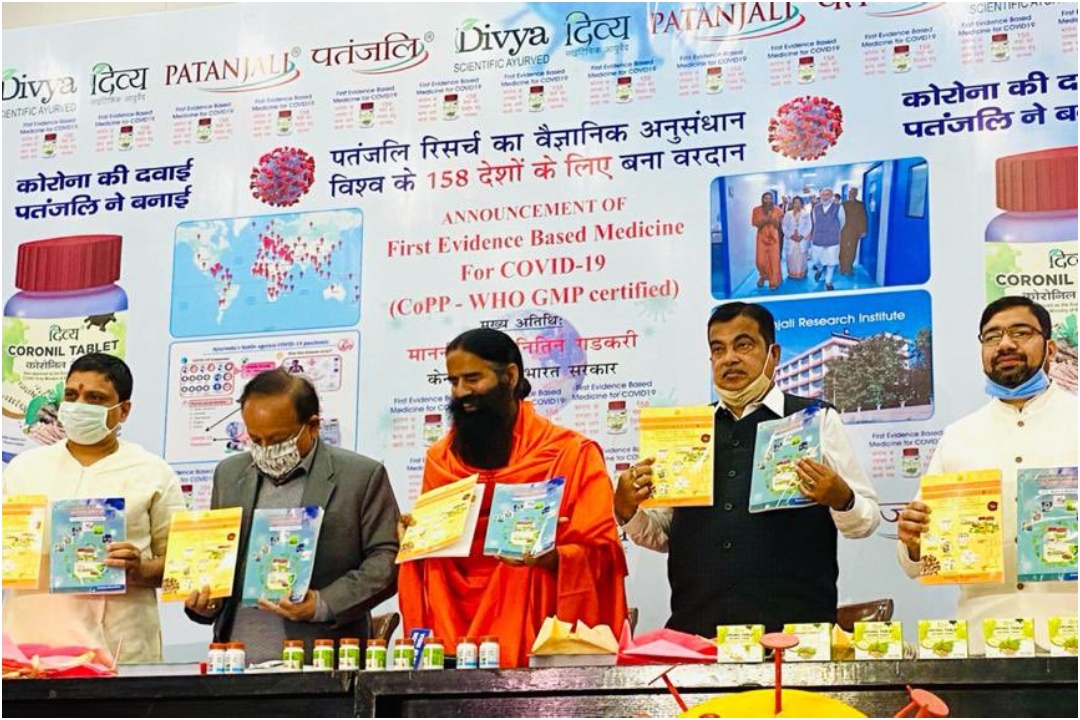 The Indian Medical Association (IMA) on Monday has demanded an explanation from Union Health Minister Dr Harsh Vardhan for promoting Patanjali’s ‘Coronil’ which was re-launched as a treatment for COVID-19 on Friday.

”Being a Health Minister of the country, how justified is it to release such falsely fabricated unscientific product to people of the whole country and how ethical is it to promote the product in unethical, wrong and false ways,” said Dr Jayalal, IMA national president.

”Let us not adulterate Ayurveda on the pretext of market gain to some monopoly corporate and create a disaster for humanity,” IMA said.

”It was claimed by Baba Ramdev along with Health Minister that the said Coronil Ayurvedic medicine has got WHO certification. This has been clearly denied by WHO in an official tweet. The said false and fabricated projection of an unscientific medicine by the Health Minister to the entire country and being rejected by WHO is a slap and insult to the people of the country,” IMA statement reads.

Patanjali Ayurved Managing Director Acharya Balkrishna on Friday issued a clarification over the certification of Coronil. “We want to clarify to avoid confusion that our WHO GMP compliant COPP certificate to Coronil is issued by DCGI, Government of India,” Balkrishna said.

We want to clarify to avoid confusion that our WHO GMP compliant COPP certificate to Coronil is issued by DCGI, Government of India.
It is clear that WHO do not approve or disapprove any drugs.
WHO works for building a better, healthier future for people all over the world. pic.twitter.com/ZEDPdWy0tg

The Baba Ramdev-promoted company launched the medicine at an event where Union Health Minister Harsh Vardhan and Transport Minister Nitin Gadkari were present.

Earlier on Friday, without naming Patanjali or Coronil, the World Health Organization (WHO) issued a clarification stating that no traditional medicine for COVID-19 had been reviewed or certified.

.@WHO has not reviewed or certified the effectiveness of any traditional medicine for the treatment #COVID19.

“WHO has not reviewed or certified the effectiveness of any traditional medicine for the treatment COVID19,” WHO South-East Asia said in a tweet.

NewsMobile cannot independently verify the veracity of claims made by Patanjali regarding the new medicine they have launched.