The National Aeronautics and Space Administration’s (NASA) Perseverance rover on Thursday (local time) successfully touched down on the surface of Mars after surviving a blazing seven-minute plunge through the Martian atmosphere. Among the scientists who are part of this historic mission, Indian-American Dr Swati Mohan spearheaded the development of attitude control and the landing system for the rover.

“Touchdown confirmed! Perseverance is safely on the surface of Mars, ready to begin seeking the signs of past life,” exclaimed NASA engineer Dr Swati Mohan.

When the world watched the dramatic landing, in the control room, calm and composed bindi-clad Dr Mohan was communicating and coordinating between the GN&C subsystem and the rest of the project’s team.

Apart from being the lead systems engineer during the development process, Swati also looks after the team and schedules the mission control staffing for GN&C.

Who Is Swati Mohan? 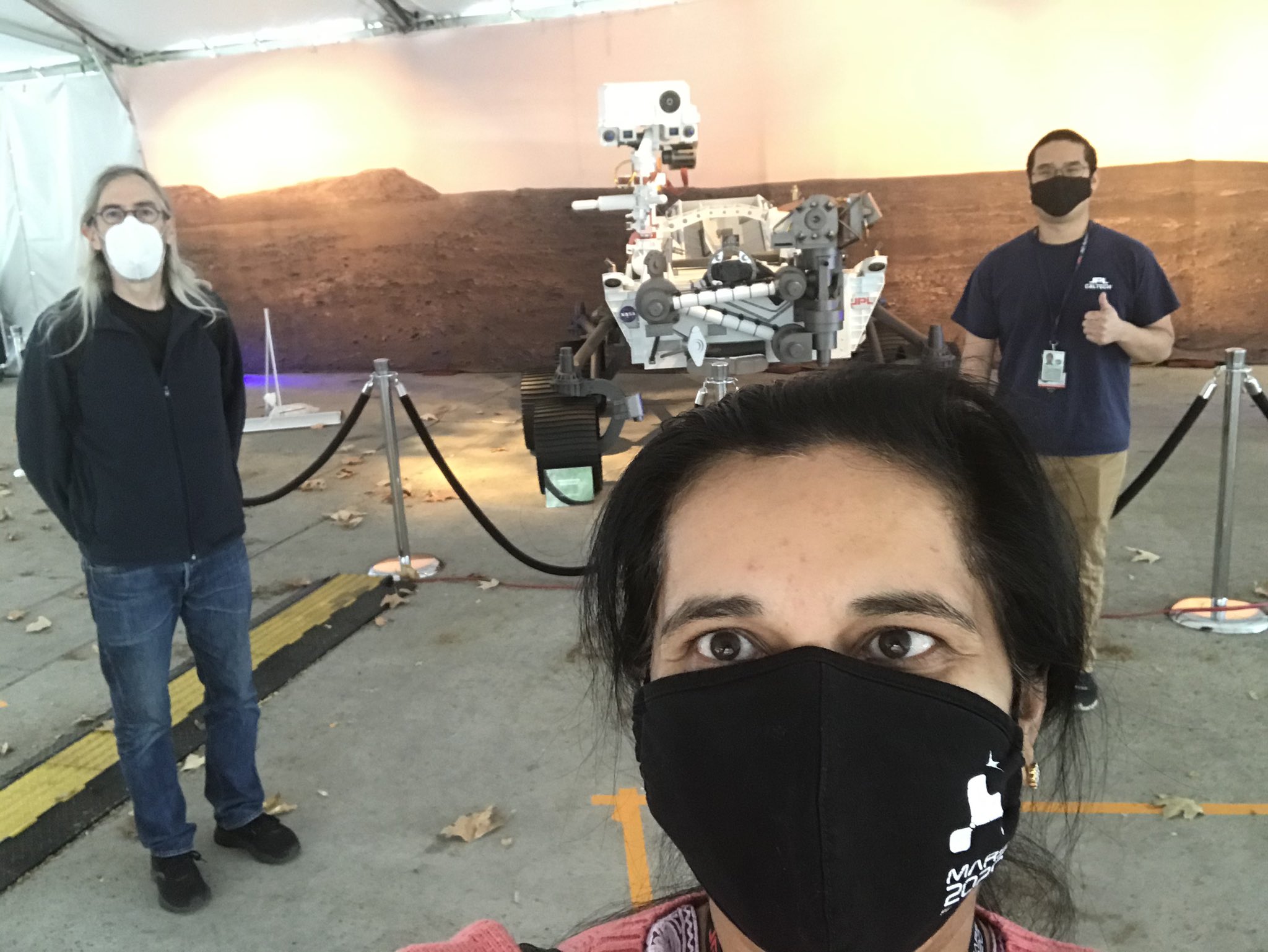 NASA scientist Dr Mohan emigrated from India to America when she was just one-year-old. She spent most of her childhood in the Northern Virginia-Washington DC metro area. At the age of 9, after having watched ‘Star Trek’ for the first time, she was quite astounded by the beautiful depictions of the new regions of the universe that they were exploring. She had immediately realised that she wanted to do that and “find new and beautiful places in the universe.”

She also wanted to become a pediatrician until she was 16. It was, however, her first physics class and the “great teacher” she received, that she considered “engineering” as a way to pursue her interest in space exploration.

Dr Mohan holds a Bachelor of Science degree in Mechanical and Aerospace Engineering from Cornell University and completed her MS and PhD from MIT in Aeronautics/Astronautics.

Other NASA Missions Handled By Her

While she has been a member of the Perseverance Rover mission since the beginning at NASA’s Jet Propulsion Laboratory in Pasadena, CA, Dr Mohan has also been a part of various important missions of NASA. The Indian-American Scientist worked on projects Cassini (a mission to Saturn) and GRAIL (a pair of formation flown spacecraft to the Moon).

As Swati made India proud, many prominent figures took to Twitter to laud her.

The voice you heard behind Mars rover landing is of Dr Swati Mohan. A B.S from Cornell in mechanical & an M.S. and Ph.D from MIT in aeronautics. She is Guidance, Navigation and Control lead for @NASA Mars Rover. pic.twitter.com/tY2csB5rxA

The US space agency @NASA successfully landed the Perseverance Rover on Mars. Congratulations to Swati Mohan, a scientist of Indian descent who spearheaded this Historic Mission! Every Indian is proud of her success! pic.twitter.com/FbF3e0RWeX

It is such a pride that an Bengaluru born, Indian-American scientist, #SwatiMohan led NASA’s Perseverance mission to explore Jerezo crater on Mars, that landed on the red planet today. #PerseveranceRover #CountdownToMars pic.twitter.com/23PvfGGR0w

The largest, most advanced rover NASA has sent to another world touched down on Mars Thursday, after a 203-day journey traversing 293 million miles (472 million kilometres). The agency’s Perseverance rover landed on the Red Planet at 3:55 pm (Eastern US time) Thursday, bringing an end to the “seven minutes of terror” that saw a fiery atmospheric entry and parachute-assisted descent.

The rover’s landing mechanism then fired eight retrorockets to slow down and guide it to a proper landing spot before using nylon cords to lower it onto the surface.