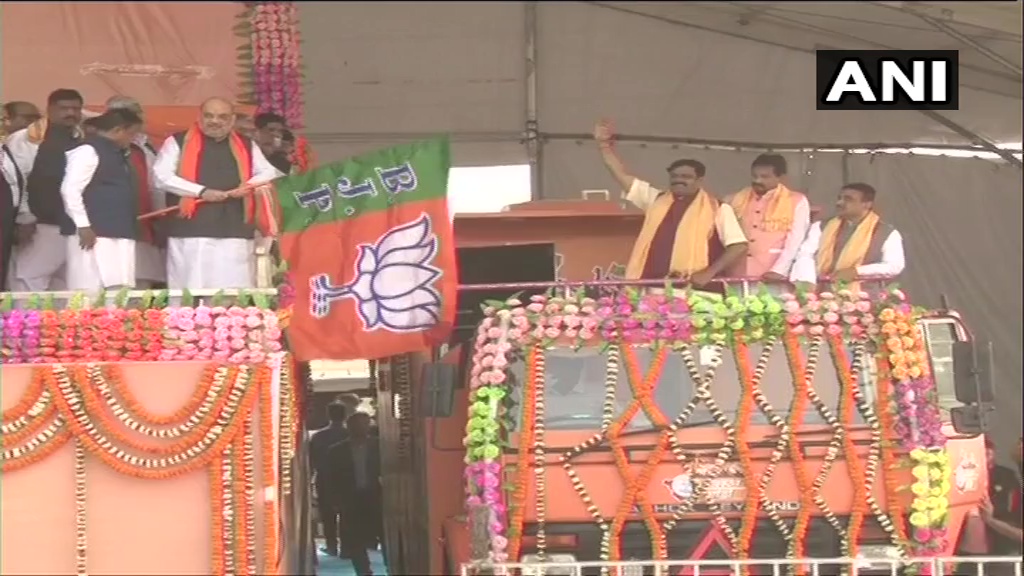 Union Home Minister Amit Shah flagged off the fifth phase of the Poriborton Yatra in West Bengal where Assembly polls are scheduled to be held later this year. Shah had reached Netaji Subhash Chandra Bose International Airport at around 12:30 am today.

“The most revered Sri Chaitanya Mahaprabhu, through his divine power and unique devotion, has combined religion and spirituality with man. Not only did he preach devotion, but he also taught us to stay away from the attitude of caste and creed. On his birth anniversary, I would like to pay my respects to him,” the Home Minister tweeted in Bangla after the visit.

Shah is also scheduled to visit Aurobindo Bhawan in the evening.

The tenure of the Trinamool Congress (TMC) government led by Chief Minister Mamata Banerjee in West Bengal will come to an end on May 30, 2020. The upcoming state elections in the state are slated to take place in 2021 for 294 Assembly seats.