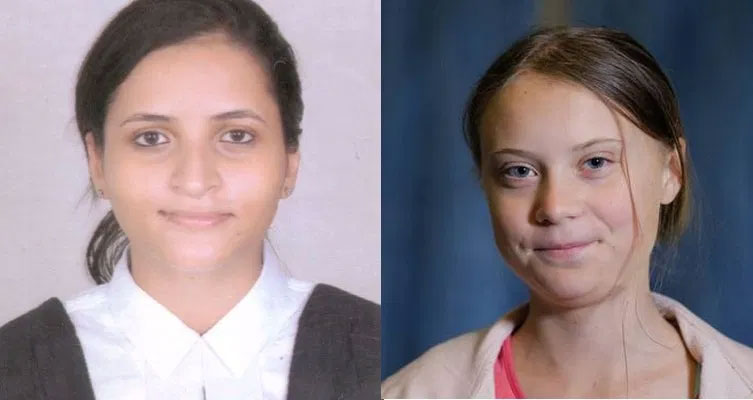 The Bombay High Court on Wednesday granted lawyer and activist Nikita Jacob protection from arrest for three weeks in the case registered by the Delhi Police pertaining to the “toolkit” related to the ongoing farmers protests.

Justice PD Naik pronounced the order today after perusing the order passed by the Aurangabad Bench of the High Court, which granted transit bail to activist Shantanu Muluk, another person implicated in the toolkit case.

Jacob’s house was raided by the Delhi Police on February 11, after which a non-bailable warrant was issued against her. Jacob had sought transit anticipatory bail for a period of four weeks and protection from any coercive action pending the present application.

Delhi Police on Monday had issued non-bailable warrants against two more campaigners – Nikita Jacob and Shantanu – in connection with the ‘toolkit’ on ongoing farmer protests which was tweeted by climate activist Greta Thunberg.

Disha Ravi, arrested by CyPAD Delhi Police, is an Editor of the Toolkit Google Doc & key conspirator in document’s formulation & dissemination. She started WhatsApp Group & collaborated to make the Toolkit doc. She worked closely with them to draft the Doc. @PMOIndia @HMOIndia https://t.co/e8QGkyDIVv

Delhi Police pointed to the involvement of the two in preparing the ‘toolkit’ document. Police claimed that their investigations reveal that Poetic Justice Foundation, the organisation behind the “toolkit” shared by Greta Thunberg, had contacted Jacob to organise a “tweet storm” ahead of the Republic Day protest during the tractor rally by farmers. The organisation is a pro-Khalistani group.

Meanwhile, Climate activist Nikita Jacob, has admitted that there was a Zoom meeting before Republic Day, which was attended by Poetic Justice Foundation founder MO Dhaliwal, and other fellow activists including Disha Ravi.

In a document submitted by Jacob’s lawyer to Mumbai police, she claimed that the “Toolkit” was being prepared by Extinction Rebellion (XR) India volunteers for presenting the whole picture with a simple breakdown for an international audience.

Despite this admission, Jacob has denied sharing any information with Swedish climate activist Greta Thunberg and added that the document was an “informational pack” and was not intended to incite violence.

She also claimed that she has “no religious, political and financial motive or agenda for researching, discussing, editing and circulating toolkits for raising awareness.”

Apart from this, Jacob has sought protection from arrest for four weeks, interim protection from any coercive action and a direction to the Delhi Police to share with her a copy of the FIR registered against her.

This was after MO Dhaliwal, the founder of pro-Khalistani Poetic Justice Foundation contacted activist Nikita Jacob through his colleague Puneet, a Canadian citizen, to create a storm on Twitter ahead of Republic Day, according to the police sources.

Previously, 21-year-old Disha Ravi was arrested from Bengaluru in connection with the formulation and dissemination of Toolkit document, in the ongoing farmers’ protest. She was one of the editors of ‘Toolkit’ document.