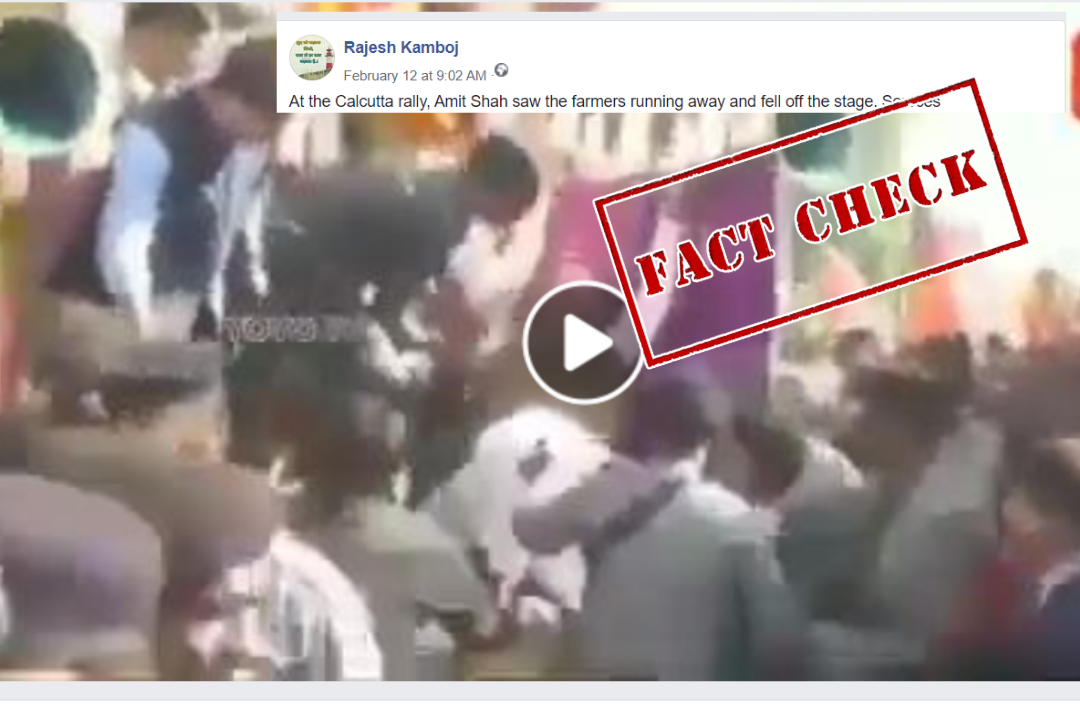 Ahead of the 2021 Assembly elections in West Bengal, all parties have started to hold rallies and meetings in the state.

In this backdrop, a video of Union Home Minister Amit Shah falling off the stage, during what seems like a rally, is being circulated on social media.

It is being claimed that at a rally in Kolkata, Amit Shah saw the farmers running and he fell off the stage.

(Translation: At the Calcutta rally, Amit Shah saw the farmers running away and fell off the stage. Sources) 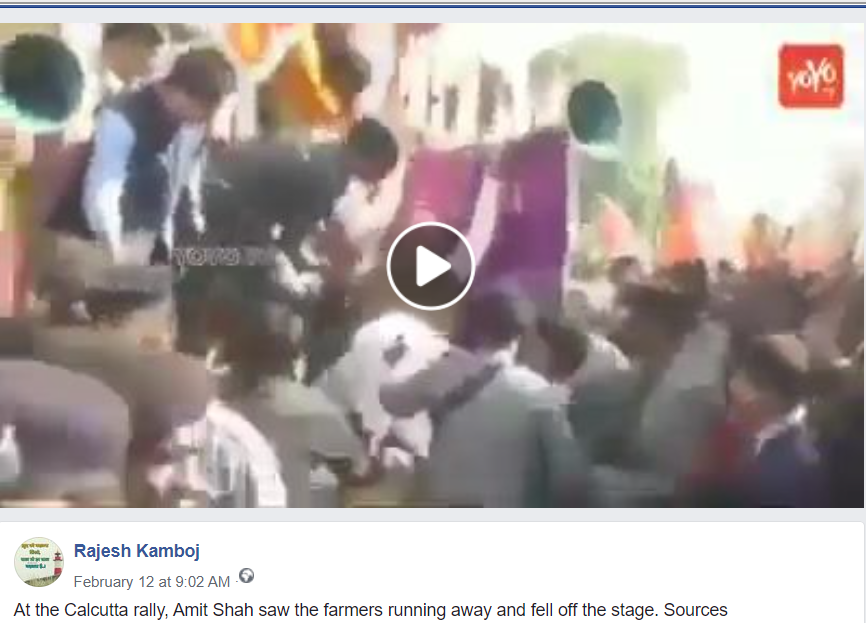 The video is circulating widely with the same caption in Punjabi. View posts here, here, here and here.

We also found the clip where Shah falls off the stage on Times of India’s YouTube channel published in 2018.

Hence, it is evident that the video is old and the incident happened in Madhya Pradesh and not Kolkata.

Moreover, we also looked for any recent reports regarding the same but did not find any credible media report to support the claim.

Hence, we can say that the claims attached to the video are fake.