A few pictures are bring shared on social media with a claim that they were shot during a farmers’ protest reportedly staged recently in Berlin.

“#FarmersProtest in the #German Capital, #Berlin today. Farmers have driven their #tractors right upto the Brandenburg Gate an iconic landmark in the heart of the city. #Democracy,” the Facebook post read. 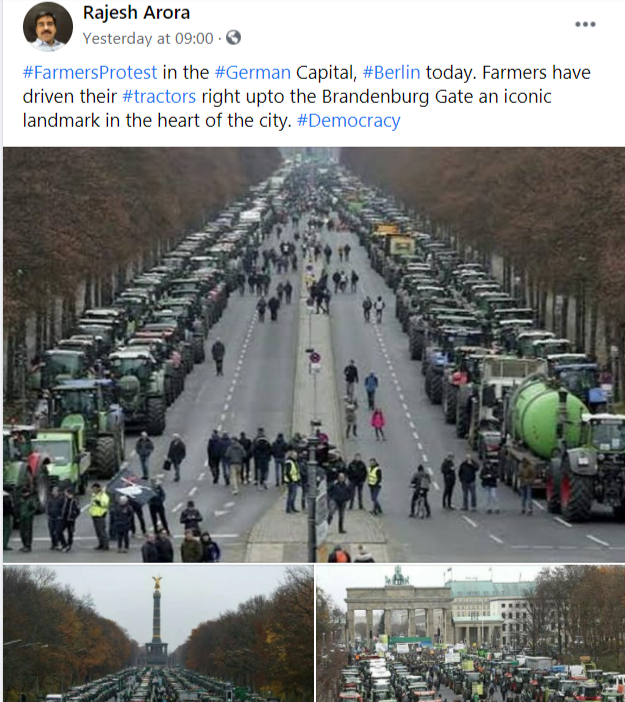 NewsMobile fact-checked and found that the pictures are old.

We put the pictures through Reverse Image Search and found one of the pictures in an article from 2019. The picture was credited to Associated Press and was captioned, ‘The farmers are protesting against agriculture policy (Michael Sohn/AP)’. 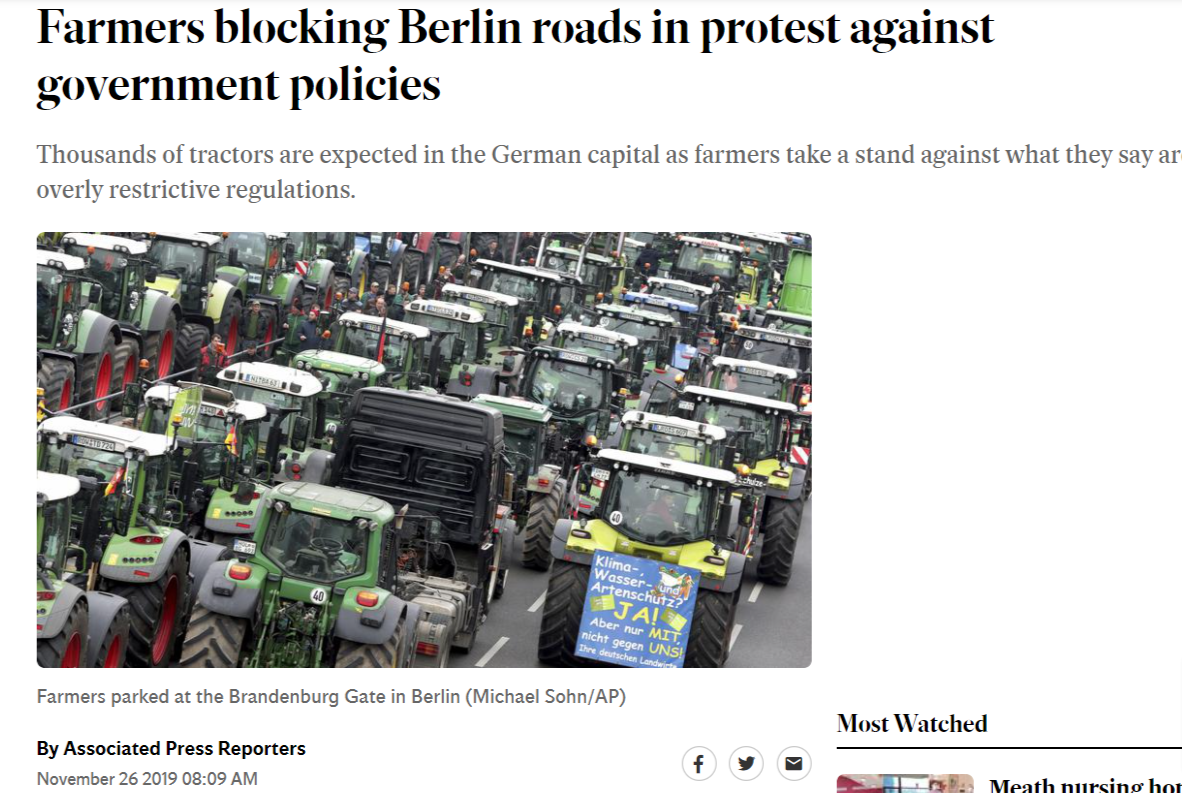 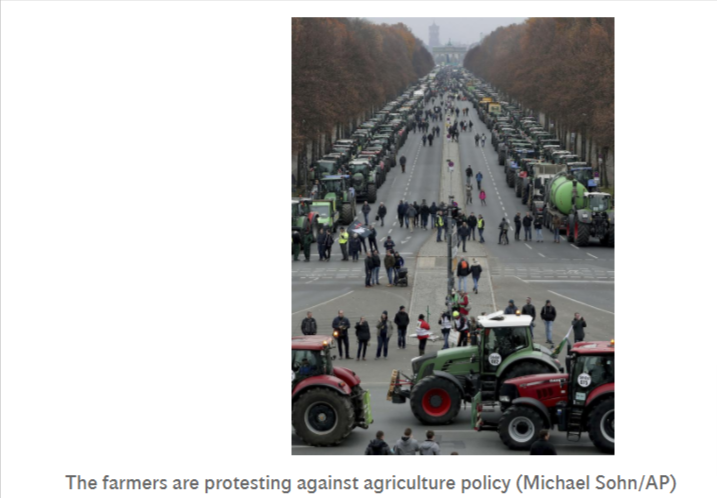 Based on this, we searched the website of AP Images and found all the three images on their site. According to the image details, all three images were clicked on November 26, 2019.

The Description of the first image read: Farmers have parked their tractors on the ‘Road of June 17’ in front of the Brandenburg Gate in Berlin, Germany, Tuesday, Nov. 26, 2019. Some thousands farmers are expected in the German capital for a protest rally against the German and European agriculture policy. (AP Photo/Michael Sohn)

The caption of the second image read: 26 November 2019, Berlin: Numerous tractors are standing in front of the Victory Column during a protest action by farmers on the Stra’e des 17. Juni. Several thousand farmers from all over Germany want to demonstrate in Berlin against the federal government’s agricultural policy. Photo by: Monika Skolimowska/picture-alliance/dpa/AP Images

And the caption of the image similar to the third picture read: 26 November 2019, Berlin: Numerous tractors are standing in front of the Brandenburg Gate in a protest action by farmers against the federal government’s agricultural package on the Stra’e des 17. Juni. Farmers from all parts of Germany are demonstrating, among other things, for more say in insect protection, against the tightening of the fertilizer ordinance and against the free trade agreement with the South American confederation of states Mercosur, through which they fear a competitive disadvantage. The movement “Land schafft Verbindung” has called for a rally to Berlin. Photo by: Bernd von Jutrczenka/picture-alliance/dpa/AP Images

Hence, from the above information, it is clear that the pictures are from the protest that took place in 2019, against the federal government’s agricultural package where farmers were priotesting among other things for more say in insect protection, against the tightening of fertilizer ordinance and against the free trade agreement with the South American confederation of states.

Hence, we can conclude by saying that the post in question is misleading.