Netizens Bowled Over By Ashwin’s Gritty Century Which Puts India On A Strong Wicket In Chennai | Newsmobile
Friday, February 3, 2023

Home Sports Cricket Netizens Bowled Over By Ashwin’s Gritty Century Which Puts India On A... 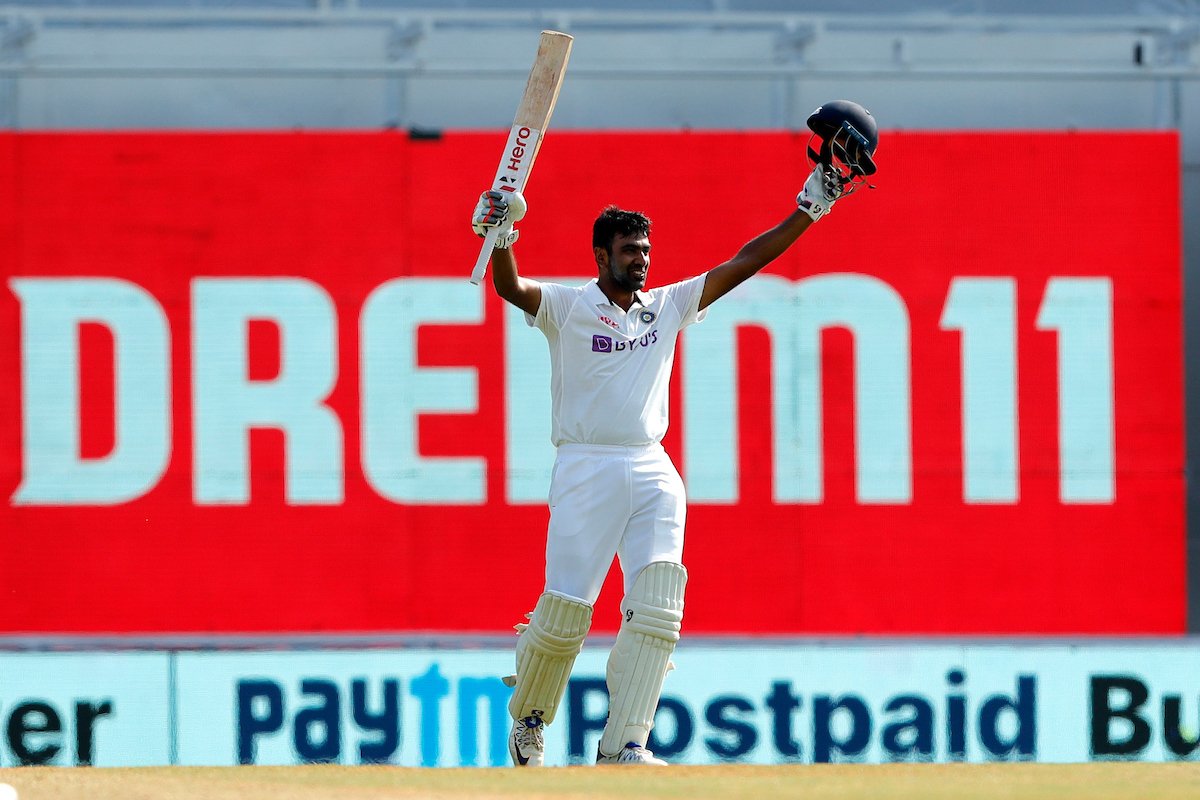 Ravichandran Ashwin’s grit, determination, and flair dished out one of the best centuries at the MA Chidambaram stadium on Monday. His 106 off 148 on a square turner is an epitome of class, composure, and technique.

He scored his fifth Test century – his first against a team other than the West Indies – to break multiple records and add further feathers to his cap.

The all-rounder has now achieved the unique double of scoring 1000-plus runs and picking in excess of 100 wickets against England across formats. He is only the second Indian cricketer to get to the milestone against the Englishmen after former captain Kapil Dev.

A moment to cherish forever! @ashwinravi99 gets his Test in Chennai and Md. Siraj erupts in joy. The dressing room stands up to applaud. #TeamIndia #INDvENG @paytm pic.twitter.com/ykrBhsiTbl

The brave innings came at a time when Indian batters were struggling to cement a partnership with Kohli from the other end. Both the players played cautiously but did not miss the opportunity to score boundaries on loose balls.

Moeen Ali got better of Virat Kohli while he was looking set at 62. After the dismissal of the skipper, R Ashwin, with the help of late order batsmen set a mammoth target of 482.

Former England captain Michael Vaughan hailed the all-rounder’s performance and termed it as “ruthless”.
“Ruthless performance by @ashwinravi99!!! India has so many more skilled players for these conditions. High class .. #INDvENG,” tweeted Vaughan.

Ruthless performance by @ashwinravi99 !!! India have so many more skilled players for these conditions .. High class .. #INDvENG

Former Australia spinner Shane Warne also took to Twitter to congratulate Ashwin on a fantastic knock in such trying and testing conditions.
“Well played, just a terrific knock that was on a tough spinning surface! India has now made 614 runs with one wicket in hand,” tweeted Warne.

Well played, just a terrific knock that was on a tough spinning surface ! India have now made 614 runs with one wicket in hand https://t.co/vWWcNGrX49

Netizens applauded his brilliant innings, and trolled England team over the ‘poor pitch’ row. Let’s look at some of the hilarious social media posts.

They – Pitch is naat good for batting,nno way can bat on thees.