Soon a picture of a graffiti reading ‘Go Back Modi’ in the middle of a road started making rounds on social media with the claim that it’s from Tamil Nadu. 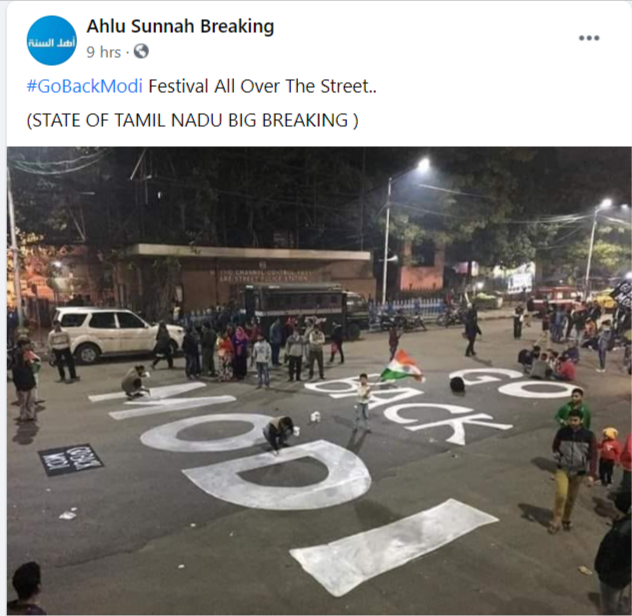 On putting the picture through Google Reverse Image Search, we found the same picture on Twitter shared by a user on January 11, 2020, claiming that this picture is from West Bengal. 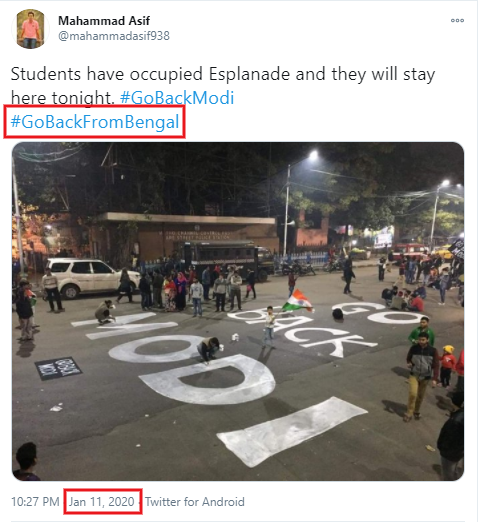 Further, this picture was also shared by journalist Mayukh Ranjan Ghosh on Twitter dated January 11, 2020, claiming that the picture is of the busiest road in Kolkata where roads were turned into Graffiti.

With the help of keywords ‘Go Back Modi’ ‘Road’ ‘Kolkata’ ‘Graffiti’, we found a similar picture of graffiti on Getty Images, dated January 12, 2020.

The picture description read: People Protest Against Prime Minister Narendra Modis Visit In Kolkata. KOLKATA, INDIA – JANUARY 12: Graffiti is on a blocked road during a protest against Prime Minister Narendra Modi’s visit, on January 12, 2020, in Kolkata, India. Modi is in Kolkata on a two-day visit to take part in the 150 years celebration of the Kolkata Port Trust and also rededicate three heritage buildings to the people of the city. Modi’s visit also sparked off protests by the CPI(M) and the Congress and student organisations in different parts of the city. Various organisations took to the streets, carrying black flags and posters saying Go Back Modi. (Photo by Samir Jana/Hindustan Times via Getty Images) 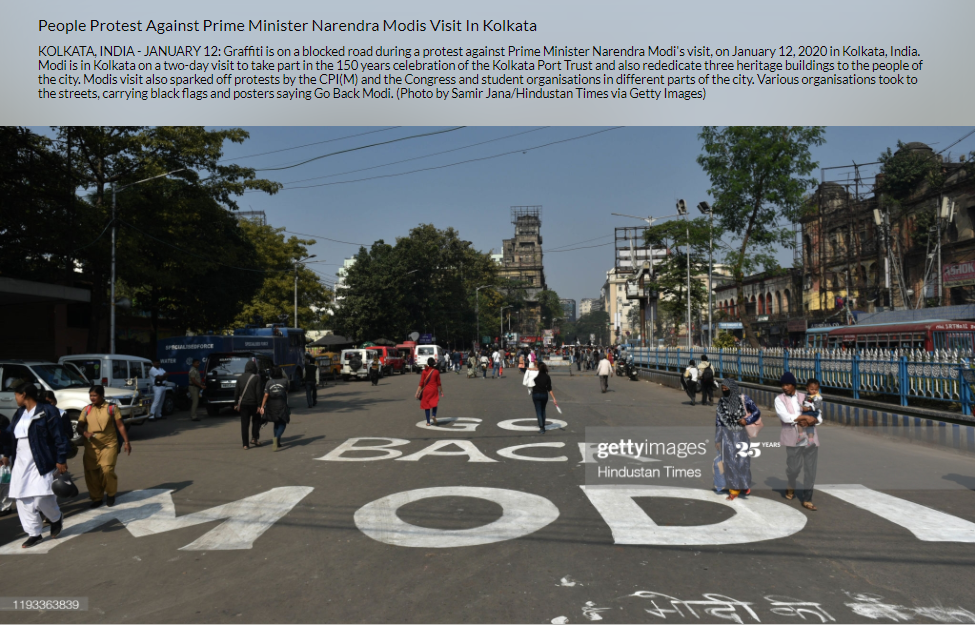 On digging further, we also found an article on TOI dated January 13, 2020, on people protesting against CAA with slogans painted on the roads in Kolkata. 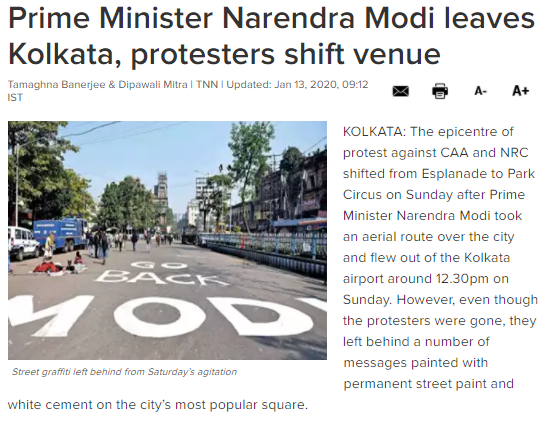 In November 2020, NewsMobile debunked a similar post, where the same picture was being passed off in the name of Bihar.

Hence, with the help of the above information, is clear that this is an old picture of a protest against CAA-NRC in Kolkata and hence, the post is misleading.