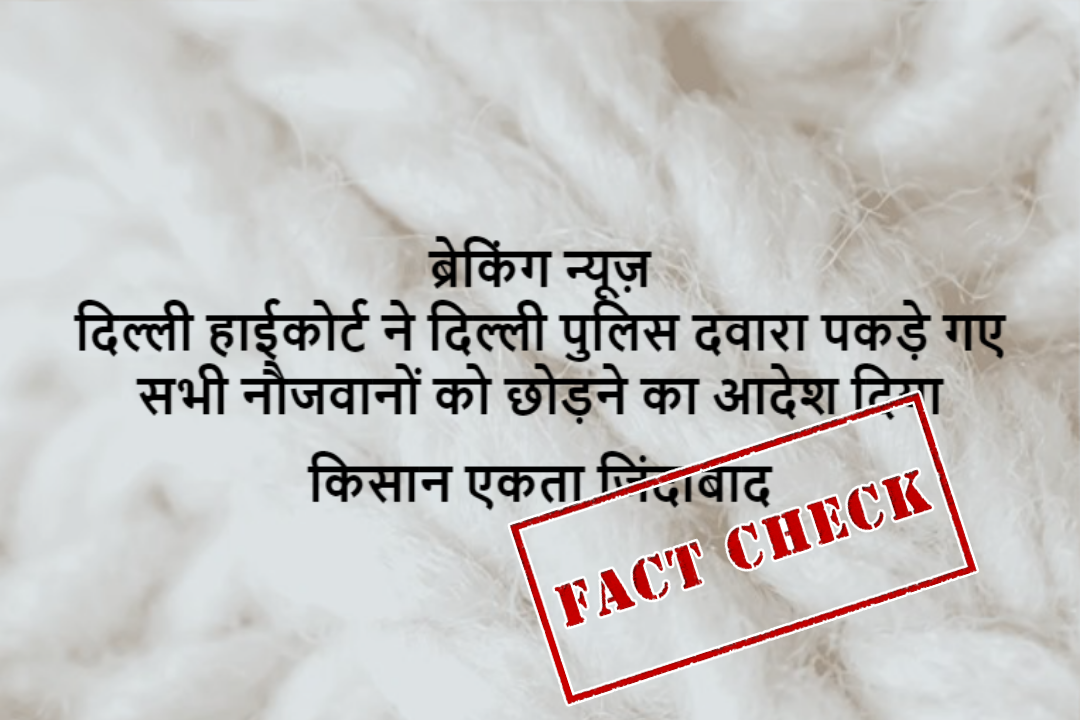 A post is doing the rounds on social media claiming that Delhi High Court has ordered the release of all protesters held by Delhi Police during the tractor rally which was held by farmers’ on January 26, 2021. 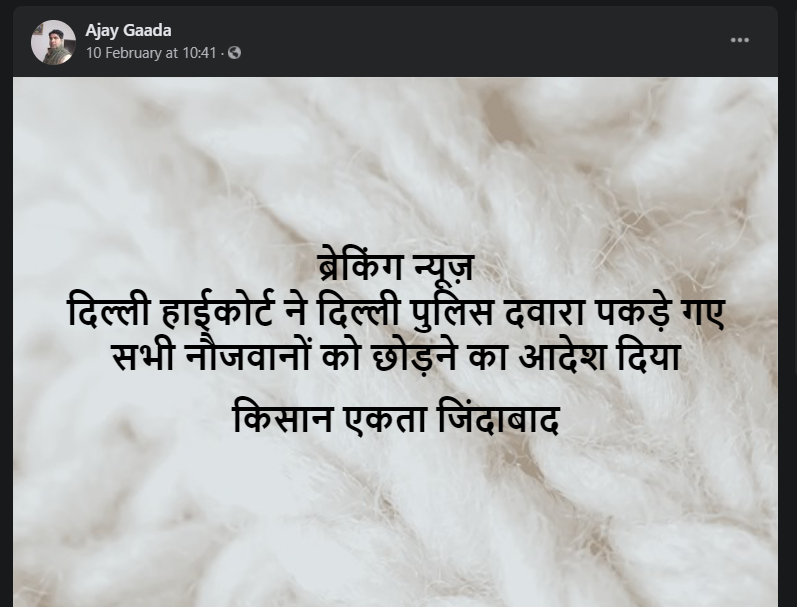 Firstly, we found that 122 protestors were arrested by Delhi Police after violence broke out on January 26, 2021. 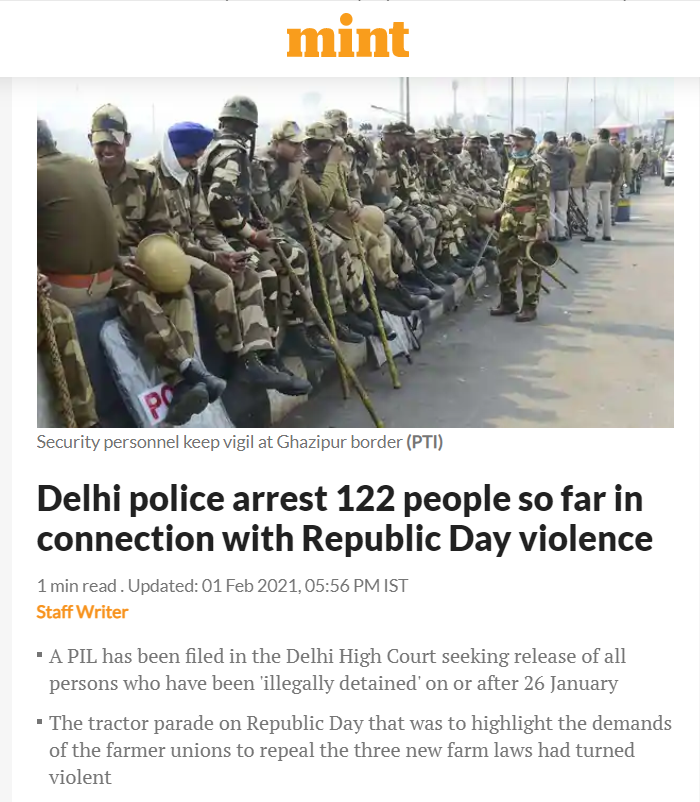 We put the statement in the viral post through a Google search along with keywords, such as ‘Delhi High Court’, ‘release protestors’, etc, and did not find any authentic report to prove that Delhi High Court has given this order.

The above search led us to reports by various media organisations stating that the Delhi HC has, in fact, dismissed a plea seeking the release of the protestors. 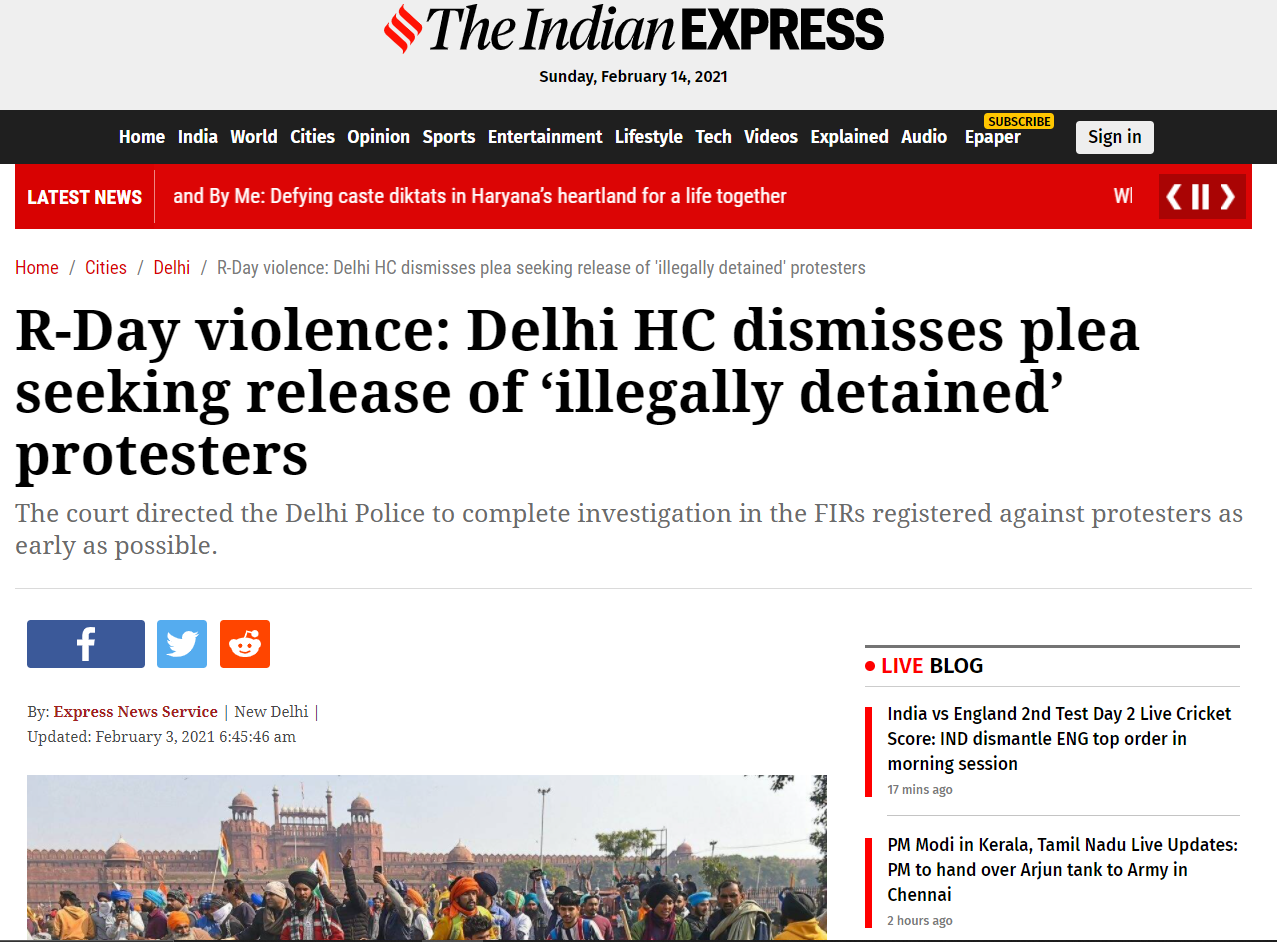 According to the report, the division bench of Chief Justice D N Patel and Justice Jyoti Singh said the arrested persons cannot be released, without entering into the merit of the FIRs and investigations. The bench also directed the investigating agency to conclude the probe in the FIRs, that have been already lodged, as early as possible.

More reports on the dismissal of the PIL can be read here, here and here.

Till the date of filing of the fact check on February 15th, no such order was issued. Further, we also reached out to an advocate who confirmed that Delhi HC has not ordered the release of protesters held for Republic Day violence.

In conclusion, upon analysing our findings, it is safe to say that no such order has been passed by the Delhi High Court.