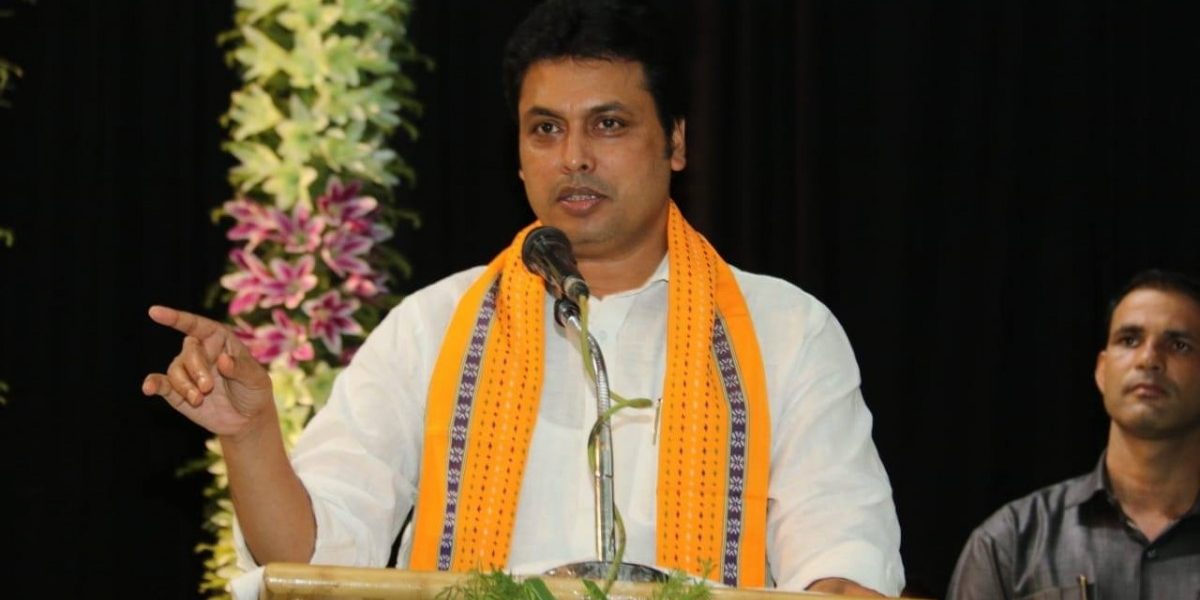 Addressing party workers in capital Agartala on Saturday, Deb said that during one of his earlier visits to the state Shah had said that BJP must expand beyond India’s borders.

“When Home Minister was our party president, we met at the Tripura state guest. That time someone amongst us, I guess Ajay Jamwal (BJP general secretary for North East) told him how BJP was in power in several states of India now. In response, Shah said Nepal and Sri Lanka were still left. We still need to take our party into those countries and win them,” Deb told party workers.

Hailing Amit Shah’s leadership of the BJP, Deb, while speaking at the Rabindra Satabarshiki Bhavan, said that it was under him that BJP had become the world’s largest party, by breaking the records of Communists.

“One who has such energy, such vision that the BJP needs to expand across the globe and under his leadership, BJP became the world’s largest party, a record held by the Communists,” Deb added.

The Opposition – Congress and Left – in the state are seeing red. While Tripura Congress Vice President Tapas Dey told the media that Shah’s statements amounted to “imperialism” which India had fought against, the CPIM said what Amit Shah had suggested amounts to  India’s interference in internal affairs of a foreign country.