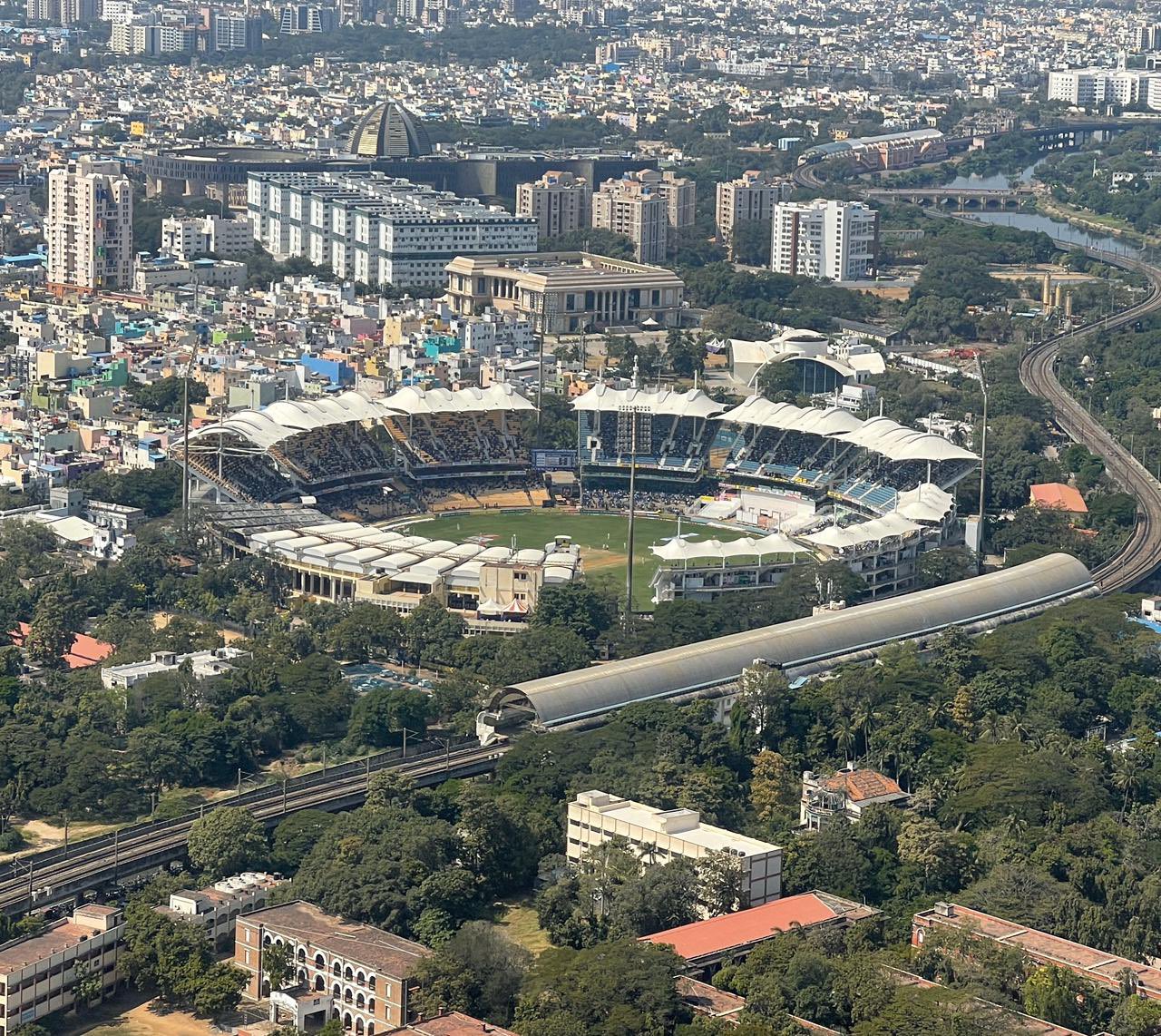 Prime Minister Narendra Modi on Sunday got a “fleeting view” of the MA Chidambaram Stadium, where the second Test between India and England is being played, during his visit to Chennai for the inauguration and foundation stone laying ceremony of several key projects in the city.

PM Modi took to Twitter and shared a mesmerizing aerial picture of the Chepauk stadium and captioned the post, “Caught a fleeting view of an interesting test match in Chennai.” In the ongoing second Test, India is in a dominating position after posting a total of 329 in their first innings.

Ravichandran Ashwin’s five-wicket haul was the highlight of the second day of the second Test as it helped India end England’s first innings on 134 runs before the hosts’ began to extend their lead over the visitors.

At stumps on day 2, India’s score read 54/1, with Rohit Sharma and Cheteshwar Pujara on the field. The hosts currently enjoy a 249-run lead over England and will look to add many more runs to give themselves the best chance of winning the match. India witnessed a good start to their second innings, with Rohit Sharma and Shubman Gill scoring regular boundaries.

Earlier, PM Modi, who is an avid fan of cricket, had congratulated the Indian team for their historic series win in Australia last month. India won the series 2-1 by breaching The Gabba in the final Test.
It took 32 years and two months, but the unthinkable was achieved as an injury-ravaged young Indian team beat Australia by three wickets against all odds in the final Test.
“We are all overjoyed at the success of the Indian Cricket Team in Australia. Their remarkable energy and passion were visible throughout. So was their stellar intent, remarkable grit, and determination. Congratulations to the team! Best wishes for your future endeavours,” he had tweeted.