Home NM FACT CHECKER Fact Check: Assembly Election Dates For These 5 States Have Not Been... 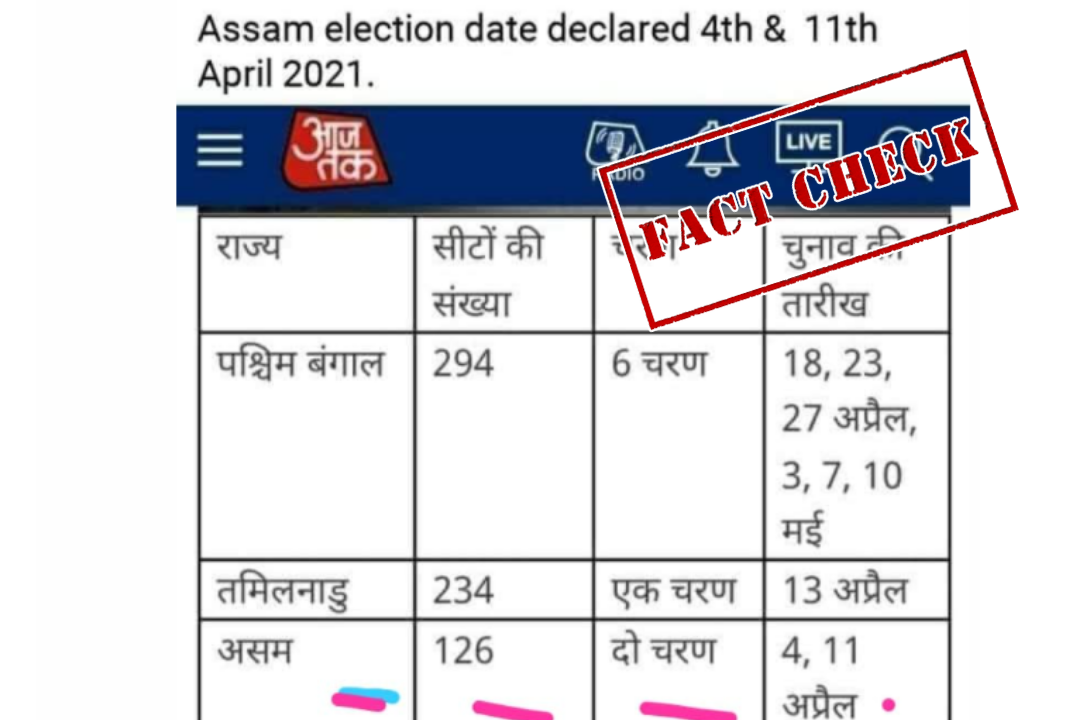 A schedule allegedly showing dates for assembly elections in the states of West Bengal, Tamil Nadu, Kerala, Assam and UT Puducherry is doing the rounds on the internet.

The caption of the post reads, ‘Assembly Election ‘s dates declared as follows’. 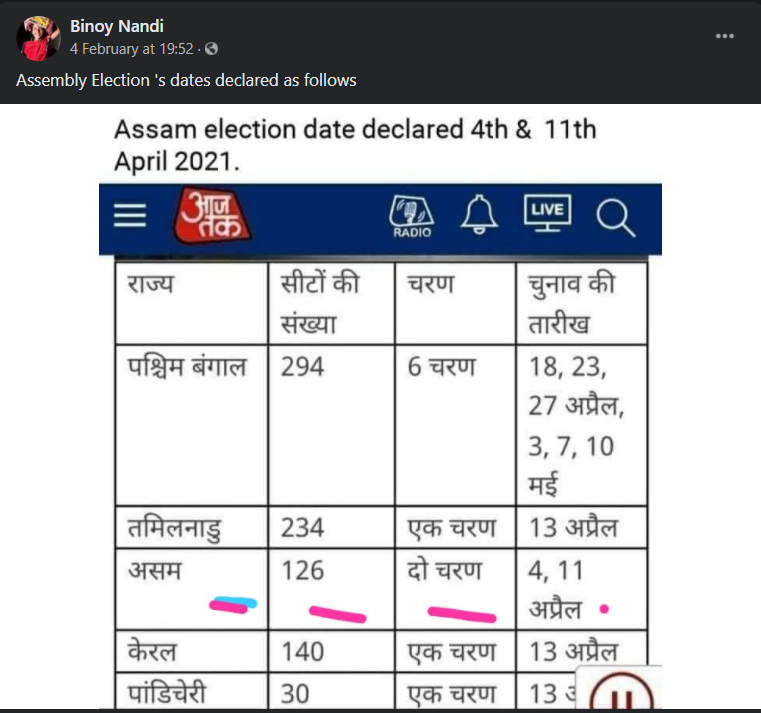 Firstly, we checked the Election Commission of India website to see if there was any announcement to this effect but couldn’t find anything pertaining to the viral claim.

Then we looked for news reports to check if any media organisation had reported about the schedule but could not find anything close to it. 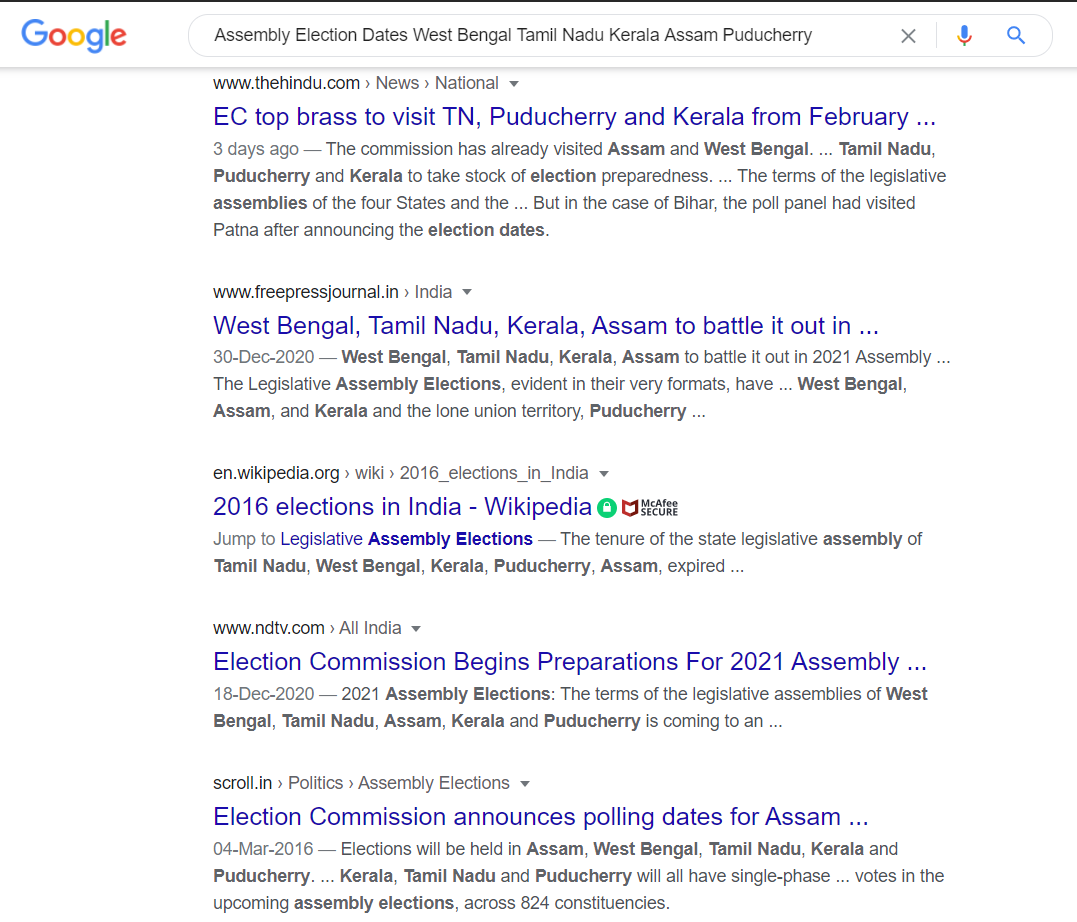 Since the logo of news channel Aaj Tak is visible in the post, we searched if Aaj Tak has published any such report. We found that the schedule was published by Aaj Tak on March 01, 2011, for the 2011 assembly elections in these states. 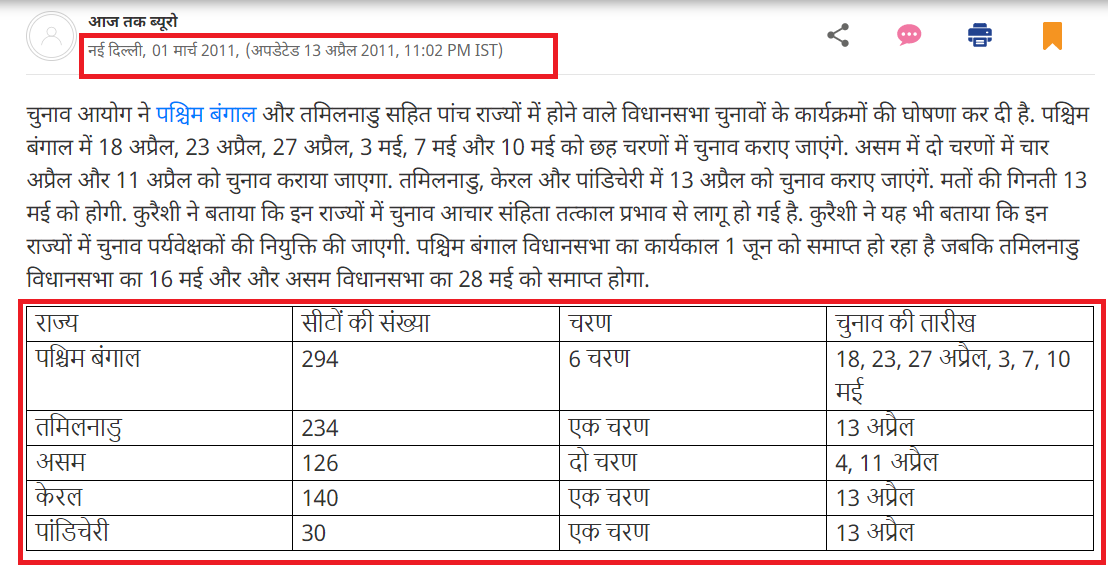 Further, government sources also confirmed that the information is false. Central government’s nodal agency, Press Information Bureau (PIB), in a tweet, explicitly clarified, that Election Commission of India has not declared the election dates yet.

Hence from the above information, it is clear that the claim is fake.