A video of union minister Nitin Gadkari is being shared on social media with a claim that he is criticizing Prime Minister Narendra Modi over his recent ‘andolanjeevi’ remark.

On Monday, participating in the debate in the Rajya Sabha on the motion of thanks to the President’s address, PM Modi had said, “We are all familiar with buddhijivis (intellectuals) and (shramjivis) but now, a new category of andolanjeevis has come to the fore who feed off protests.”

In the 2:13 min viral video, Gadkari can be heard saying, “What the Prime Minister is saying is against democracy and protesting against the corrupt leader/government is a constitutional right.”

(Translation: Mr Gadkari did not back down from criticizing his government, he is strongly criticizing the words of the Prime Minister to the farmers)

Watch the video below:

Here’s the link to the above post. Check the similar posts here, here and here.

We found the same video on Twitter as well. 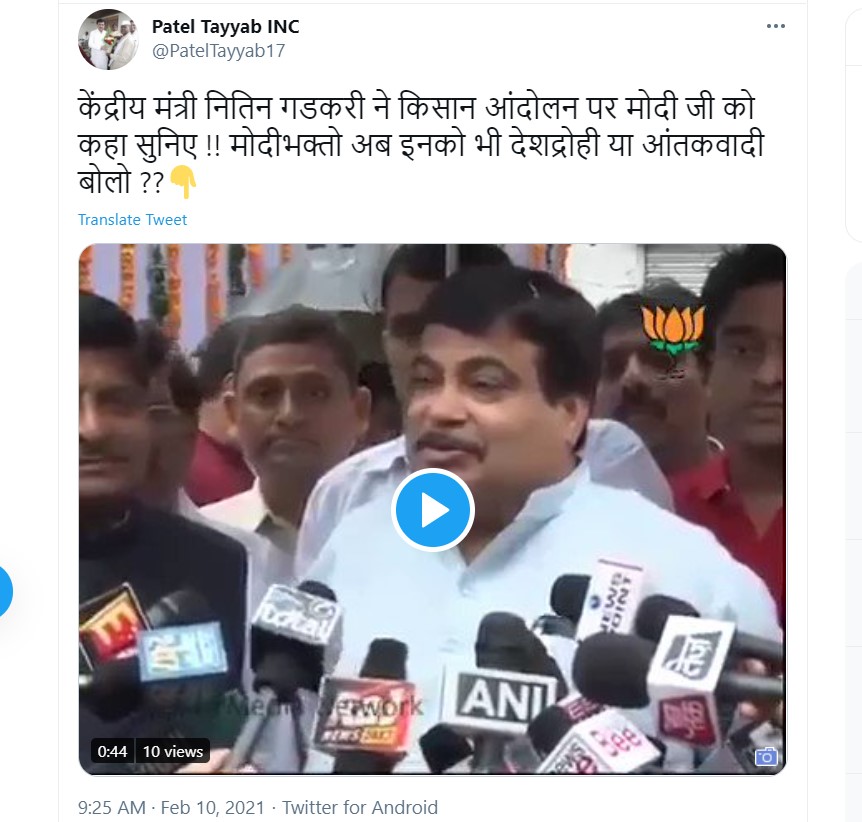 Here’s the link to the above post. Check other similar posts here, here, and here.

Firstly, we put the viral video through InVid tool, which gave us keyframes of the video.

Then we ran a Reverse Image Search on those keyframes along with some keywords, which led us to a video, dated August 16, 2011, uploaded on YouTube by BJP’s official account.

On digging further, we found a news article by Economic Times, dated August 16, 2011, and titled: “BJP slams PM over conditions on Anna’s fast”

According to the article, political battlelines on Anna Hazare’s campaign were reinforced with the BJP (then in opposition) taking on the then UPA government for putting restrictions on his protest action. 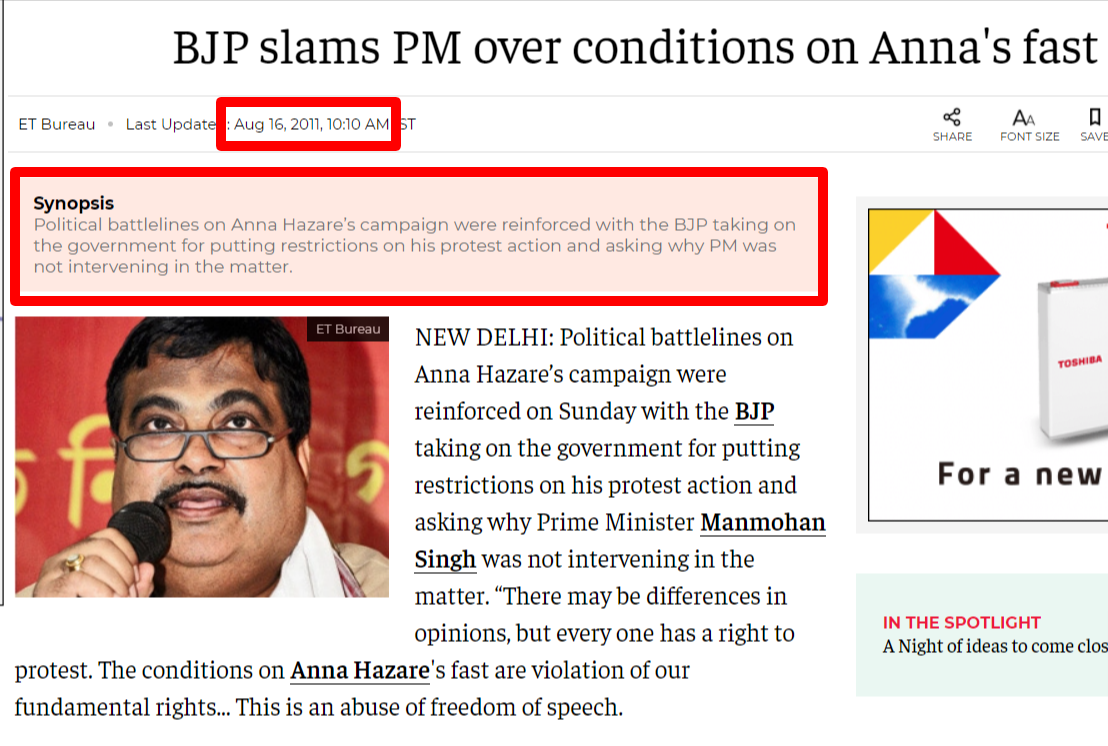 In the video, then BJP president Nitin Gadkari was criticising former Prime Minister Manmohan Singh’s Independence Day speech in which the latter had denounced hunger strikes amid the then anti-corruption movement led by Anna Hazare.

Hence, from the above information, it is clear that the video in question is OLD.