A tweet, with a claim of being posted by international singer, Rihanna, stating that she pays the dancers in her shows more than what Kangana’s last five films have earned, is being widely shared on social media.

“I pay the dancers in my show more than her last five films have earned,” the tweet reads.

A rough translation of the above caption: “Insult, first used to be from Punjab, now is happening internationally. #KanganaKaDrama Kangana immediately need medical help, to avoid extreme steps…!” 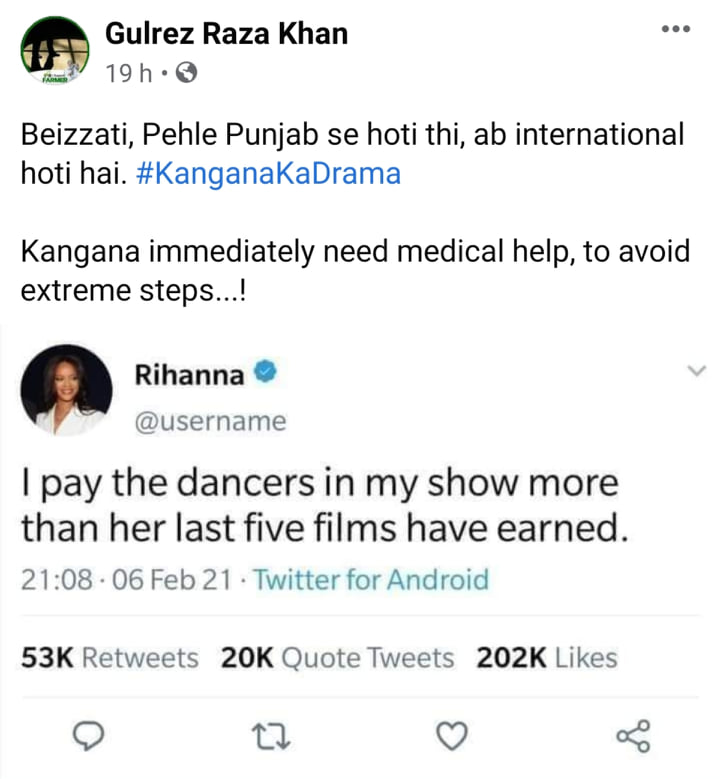 You can find more such posts here, here, and here.

We got our first clue when we looked at the username of the Twitter account in the picture. The picture showed that the tweet was shared under the name of Rihanna with the username @username. 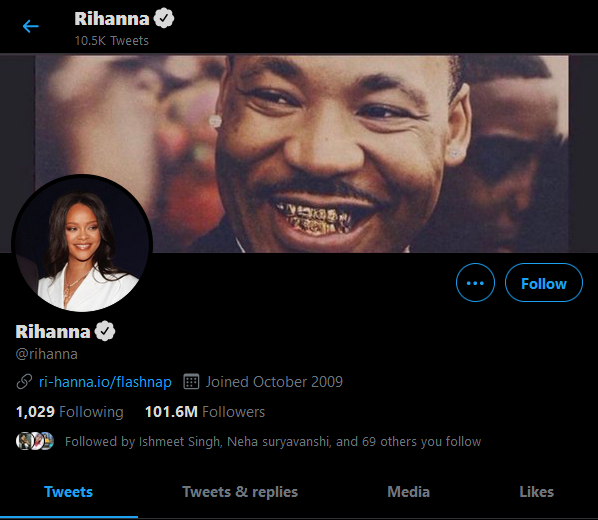 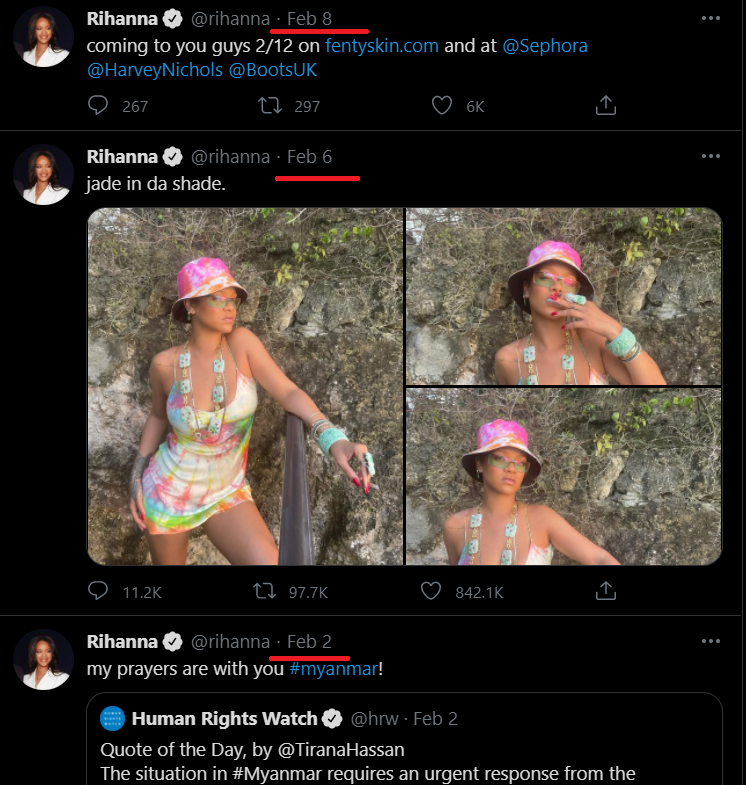 Notably, this comes after Kangana responded to Rihanna’s tweet on the farmers’ protest.

“why aren’t we talking about this?! #FarmersProtest,” Rihanna had tweeted along with a news article about the ongoing farmers’ agitation against the new farm laws.

why aren’t we talking about this?! #FarmersProtest https://t.co/obmIlXhK9S

Responding to her, Kangana had called Rihanna a “fool” in a tweet, which was later taken down by Twitter.

Hence, from the above information, it is clear that the tweet which is being circulated is not posted by Rihanna and is being shared with false claims.