A picture of former American professional wrestler Undertaker is being shared on social media with a message that he is supporting the farmers in view of the ongoing protest in India against the three contentious farm laws.

The message attributed to the former wrestler, states, “We can’t even dream of our healthy body without the crops grown by farmers. Respect and support farmers. #FarmerProtest.” 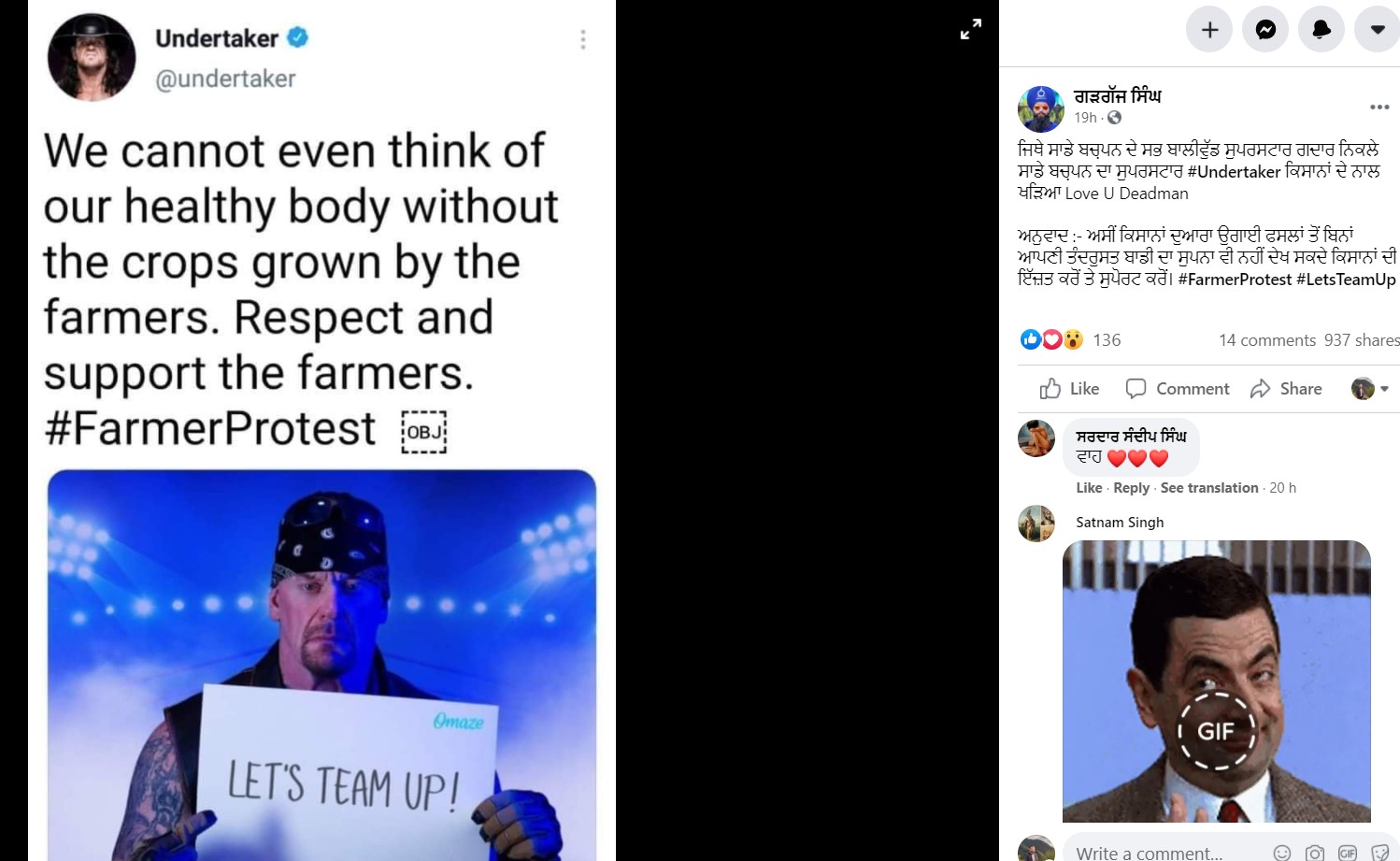 Here’s the link to the above. Check other similar posts here and here.

We found the same picture with the message on Twitter as well. 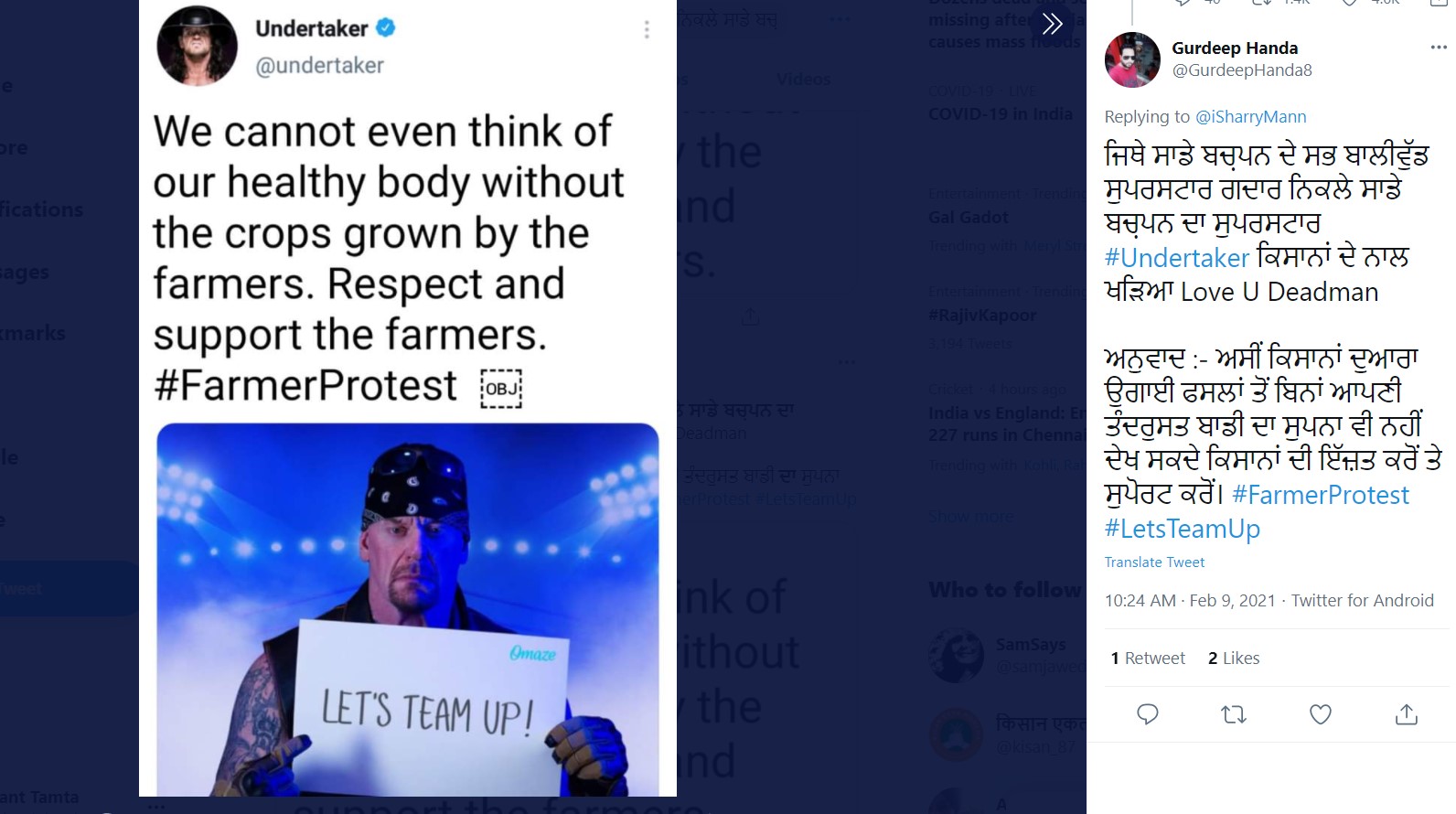 NewsMobile fact-checked the post and found it to be FAKE.

In our investigation, we first checked Undertaker’s verified Twitter account (@undertaker) and found the same picture, wherein he is holding a placard with a message “LET’S TEAM UP!”.

However, the captions with the picture were different in contrast to the image in question. That means the message in the viral picture has been edited.

On digging further, we found that Undertaker tweeted the picture on Dec 17, 2020, with a caption: “.@WWE has teamed up with Omaze to support the life-changing work of Make-A-Wish by offering you the chance to win a day at the @WWEPC with me.”

You can also see the difference between fake and real pictures below. 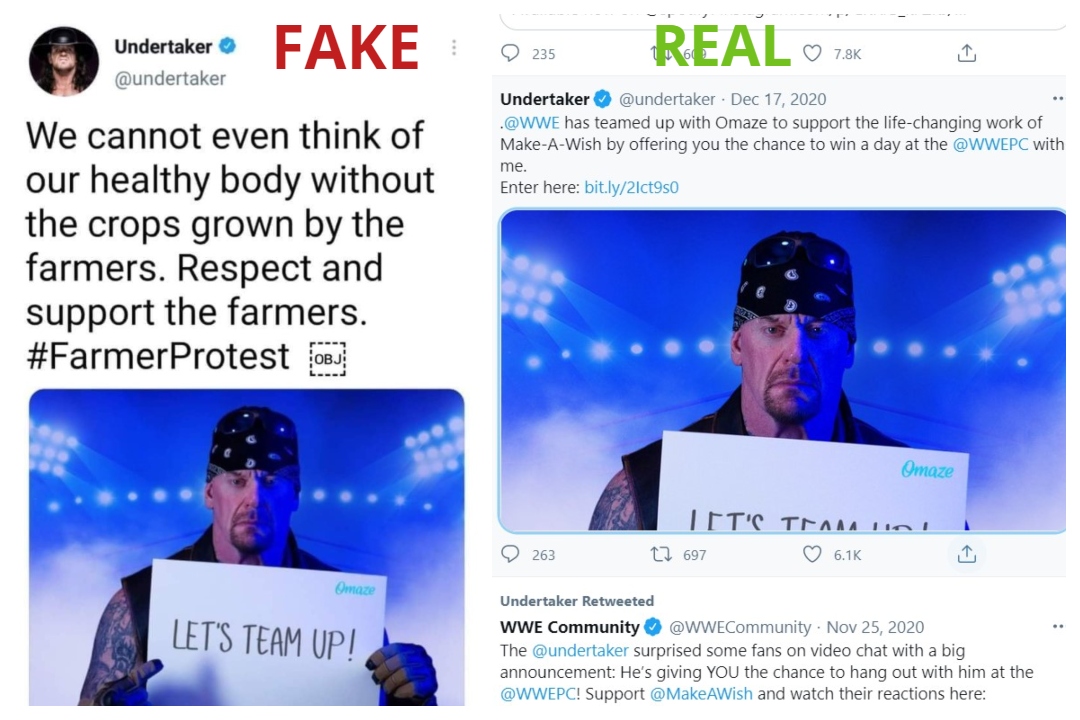 Hence, from the above information, it is clear that Undertaker did not tweet in support of farmers.

Therefore, the message with the picture is FAKE.