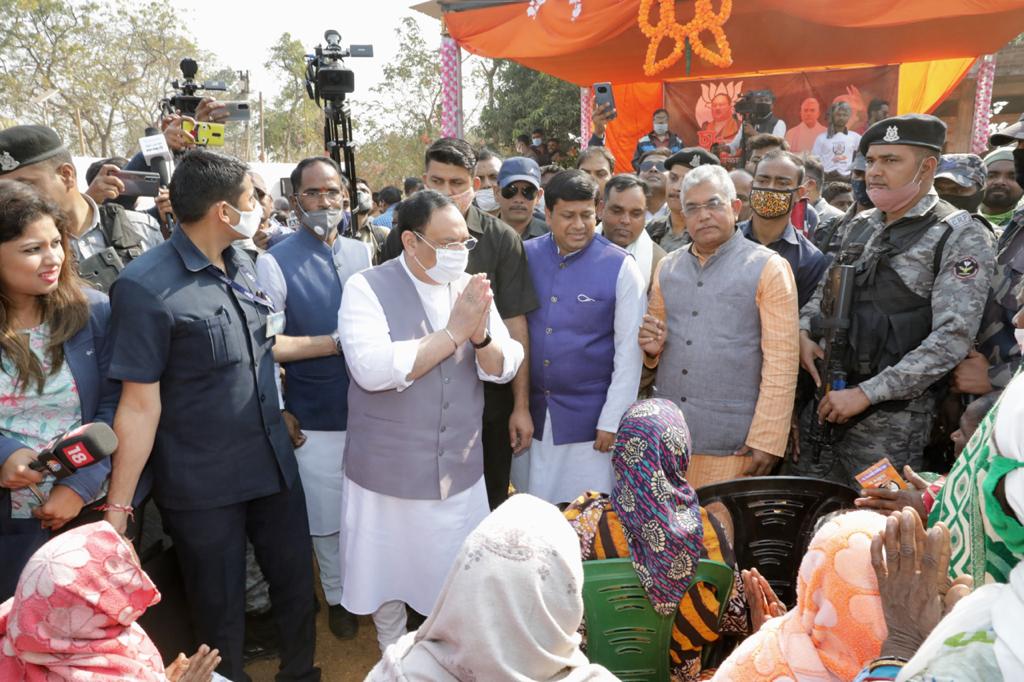 Nadda, while addressing the Cha Chakra Programme in the district hailed PM for paving the path of development for the people of Bengal.

He slammed CM Mamata Banerjee and said, “(Prime Minister) Modiji has tried everything possible to bring development in Bengal while Mamata has exploited the public through appeasement and dictatorship, and damaged Bengal’s culture. Development in West Bengal will be possible only if you say goodbye to Mamata’s government and welcome the BJP’s lotus.”

“Kamal is the way ahead. It will bring development in Bengal. Recently, Modi Ji dedicated Rs 4,700 crore for a refinery project and Rs 25,000 crore for highways here. All this development will be possible only when the lotus blooms,” he added.

Nadda is in West Bengal as part of the parivartan yatras being carried out in an effort to oust the ruling Trinamool Congress government.
The first yatra was launched by Nadda from Nabadwip in Nadia district on Saturday.

Assembly polls are likely to be held in West Bengal in April-May this year.

“There is a dictatorship in Bengal. Mamata ji suppresses Opposition. 130 BJP workers are martyred. What kind of law and order situation is this?” Nadda asked. Speaking at a rally in Jhargram, he said that human trafficking and acid attack cases are widely reported in the state.