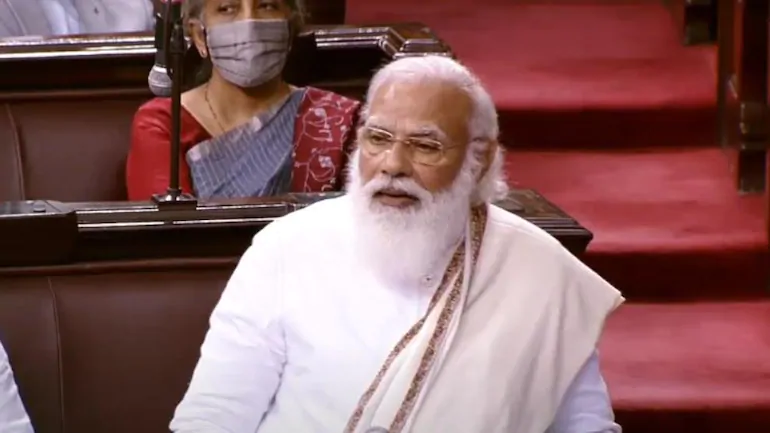 Choked with emotion, Prime Minister Narendra Modi struggled hard to speak in Parliament on Tuesday during a farewell message to veteran Congress MP and and Leader of Opposition Ghulam Nabi Azad in the Rajya Sabha.

Showering praises on Azad who was sitting across him in the House, PM Modi recalled an episode when they were both Chief Ministers – he of Gujarat and Azad of Jammu and Kashmir.

Watch my remarks in the Rajya Sabha. https://t.co/Cte2AR0UVs

“I will never forget Shri Azad’s efforts and Shri Pranab Mukherjee’s efforts when people from Gujarat were stuck in Kashmir due to a terror attack. That night…Ghulam Nabi Ji called me…,” PM Modi said fighting tears while pausing for water.

“He sounded concerned like people are concerned about their own family members. That is the kind of feeling he showed,” PM Modi added.

As the Prime Minister stopped to gather himself, there was loud desk-thumping from fellow MPs.

“Power comes and goes. But how to handle it…,” PM Modi stopped and saluted him, letting that gesture speak.

“The person who will replace Ghulam Nabi ji (as Leader of Opposition) will have difficulty matching his work because he was not only concerned about his party but also about the country and the House,” PM Modi said.

Azad reciprocated warmly to PM Modi’s generous words of appreciation regarding his contribution to nation’s polity.