A video of a few people being put in a police van is being shared on social media with a claim that the Bihar Board expelled students who were caught cheating during examinations. 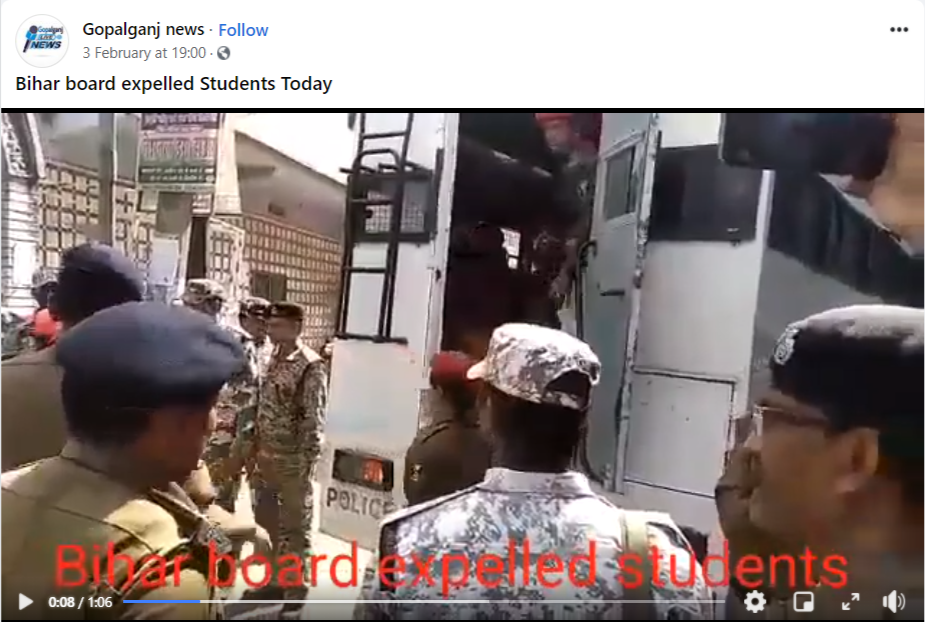 NewsMobile fact-checked the video and found that it is old.

We extracted keyframes from the video and ran them through Reverse Image Search. The search led us to the same video which was uploaded on YouTube in 2017.

According to the video title, the incident was from Seth Sagarmal College, Nawada, Bihar.

Another YouTube channel shared the same video on February 17, 2017, with the title, “Nawada Seth Sagarmal College expelled 34 girls from their inter examination.”

Based on this, we ran a search and found media reports from 2017 stating that in Nawada district around 32 girl examinees were caught cheating in examination centre number 2311 at Seth Sagarmal Agrawal Mahila College in the first sitting of Physics examination and were expelled. The reports can be seen here and here. 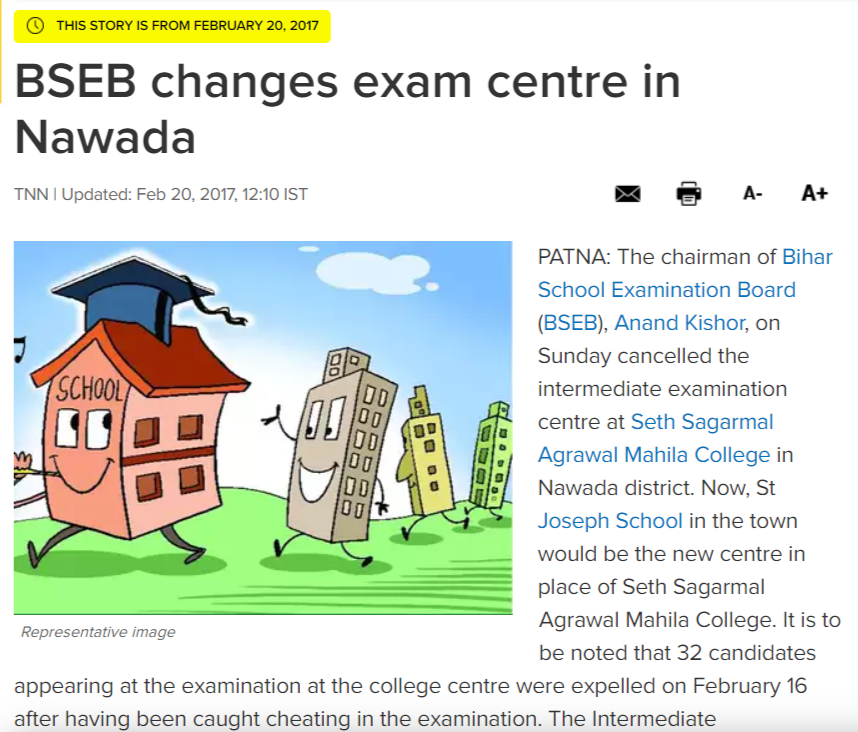 This proves that the video in circulation is old.

However, we ran a keyword search and also found media reports published in February 2021, stating that during the Bihar School Examination Board (BSEB) inter exams, altogether, 162 students were expelled on Day 1. The reports can be read here and here. 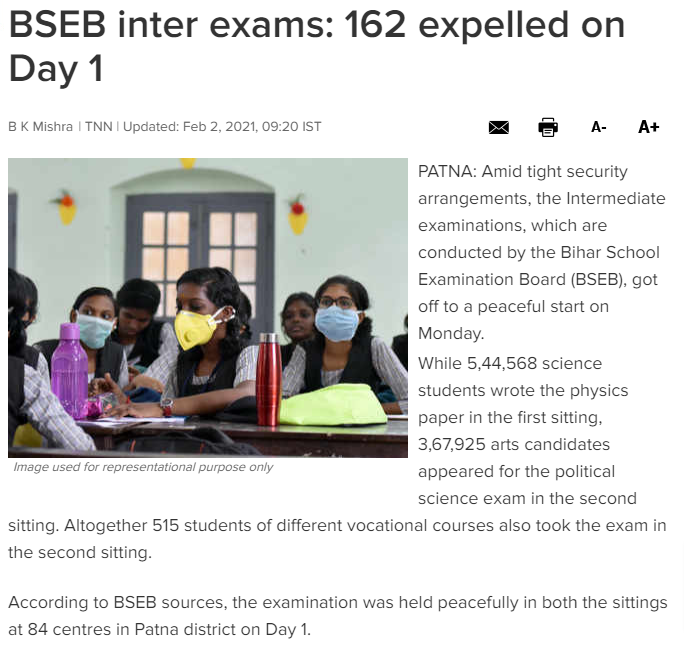 Hence, from the above fact check, it is clear that the post in question is misleading and the video is old.