He urged Tendulkar to “exercise caution while speaking about any other field”. After he made the statement, a video of a man slapping Pawar started doing rounds on social media.

(Translation- Someone who had given knowledge to (Sachin) Tendulkar on speaking against (Mia) Khalifa, has been slapped. Pawar is now competing with (Arvind) Kejriwal )

NewsMobile fact-checked the video and found that the claim is fake.

When we did a Google search with the help of some keywords, we found a video by NDTV dated November 24, 2011, where it was reported that Sharad Pawar, then the Union Agriculture Minister in Congress-led UPA government, was slapped.

According to the video, he was slapped by a man called Arvinder Singh, aka Harvinder, on November 24, 2011.

The incident took place at the New Delhi Municipal Council (NDMC) headquarters in the national capital as Pawar was leaving the building premises after attending a literary function. 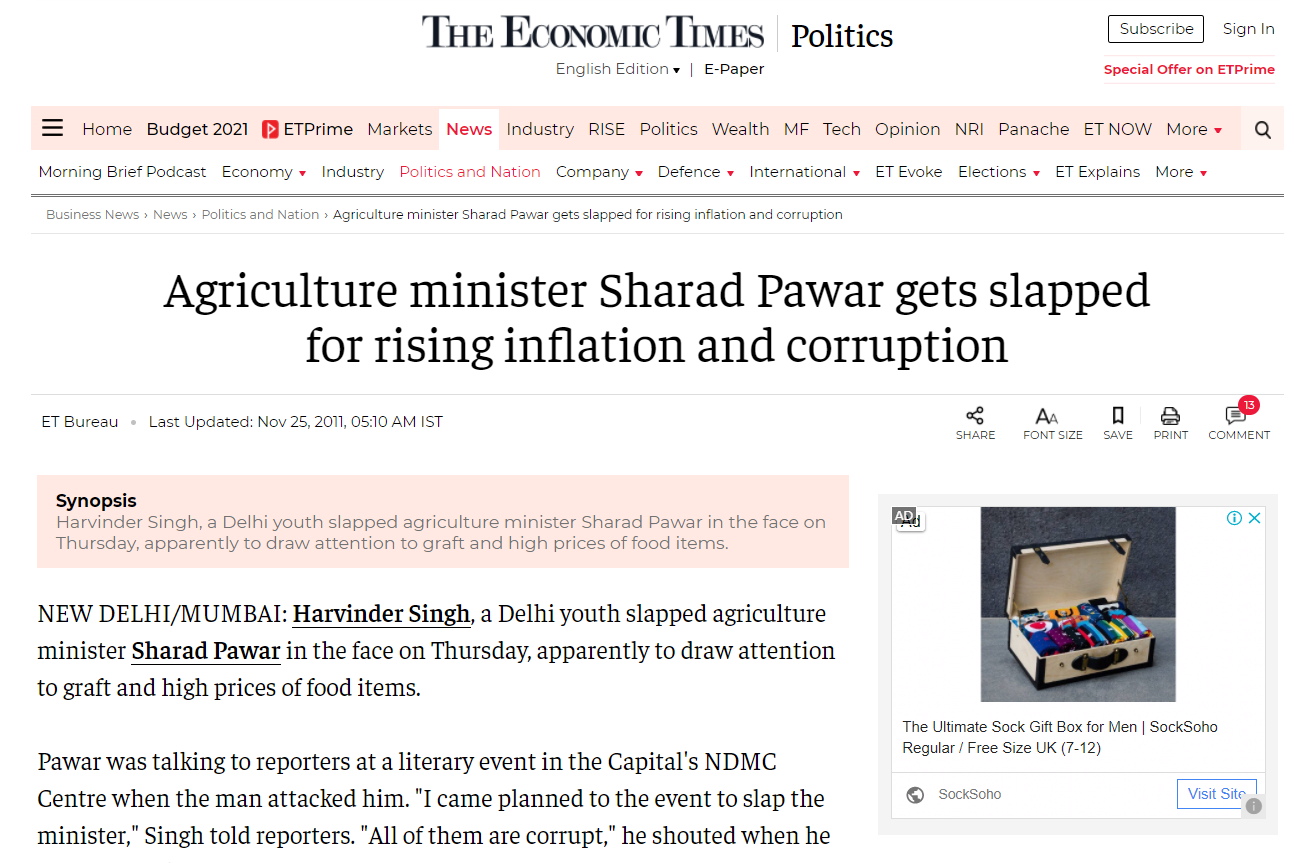 As per the reports, Arvinder Singh had reportedly blamed Pawar for rising prices of essential commodities. “This is my answer to corrupt politicians,” he had shouted while he was being whisked away by security guards soon after the incident.

Hence, the above information proves that the incident took place 10 years ago, proving that the video is old.