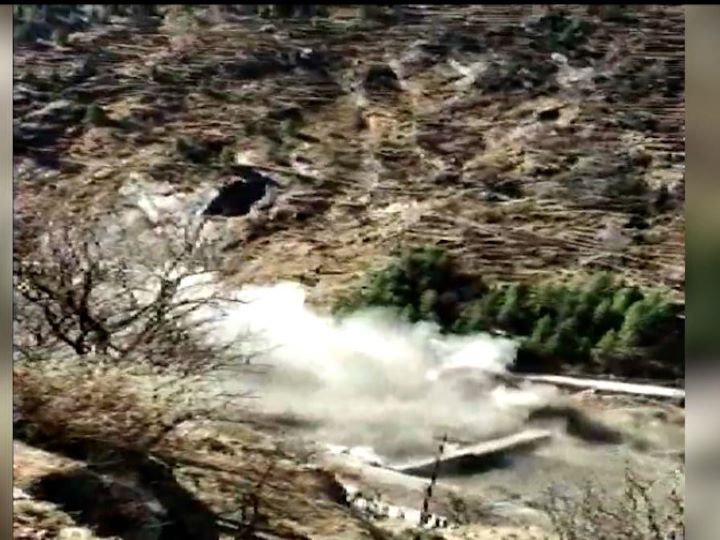 As disaster relief agencies work round the clock to rescue people who may be trapped under the debris in the wake of the intense flooding triggered by the devastating glacier burst in Uttarakhand, the big question is what led to the tragedy?

What was the trigger point? Was it triggered by climate change? Or was it due to unabated construction in a fragile ecosystem which incidentally was also one of the main identified causes behind the 2013 Kedarnath calamity disaster as well.

As experts try to zero in on the cause, Dehradun-based Wadia Institute of Himalayan Geology is sending two teams of scientists to the tragedy site on Monday to study the possible cause of the tragedy.

Climate change is emerging as the biggest factor which could have triggered the tragedy. A majority of the glaciers in the Himalayas are known to be receding leading to the formation of multiple proglacial lakes.

These are often bound only by sediments and boulders. Once their boundaries are breached, large amounts of water rushes down to nearby rivers and streams, while gathering momentum on the way by picking up sediments, rocks and other material resulting in massive flooding downstream. This leaves behind a trail of destruction and causes massive damage to life and property in the process.

Environmental experts have linked glacial melt directly to global warming. Scientists say the thermal profile of ice is increasing. While the temperature of ice earlier ranged between minus six to minus 20 degree Celsius, it is now minus two, making it more susceptible to melting.

According to the latest UN Intergovernmental Panel on Climate Change reports, glacier retreat and permafrost thaw are projected to decrease the stability of mountain slopes and lead to an increase in the number and area of glacier lakes.

However questions remain. Scientists say that satellite and Google Earth images did not indicate a glacial lake near the region but there was a likelihood of ‘water pockets’, which may have burst, leading to massive flooding after the Nanda Devi glacier broke off at Joshimath in Chamoli district.

“We don’t know of any big glacial lakes in this region. An avalanche is quite common, and there could have been one, but an avalanche on its own would not result in an increase in the flow of water in the river. The water has to come from a source, and as of now, we do not know what this source is,” Professor H C Nainwal, a glaciologist at the Hemwati Nandan Bahuguna Garhwal University in Srinagar, Uttarakhand, was quoted as saying by The Indian Express.

Glaciologists also say that it is possible that an avalanche or a landslide created an obstruction in the flow of the river or streams in the upper mountain reaches leading to a makeshift dam-like situation. When the pressure of the flowing water became large, the dam probably burst leading to a sudden gush of water downstream.

Environmentalist Ashish Vashisht however feels this was a tragedy waiting to happen. “The Chamoli incident and the consequent loss of life and property is yet another outcome of unabated obstruction of rivers by hydropower dams and encroachments and constructions on the water courses and channels in the state. Nothing has been learnt from the June 2013 flood disaster in Uttarakhand, November 2015 Jhelum River (Kashmir floods), August 2015 losses in Chennai or the September 2019 Patna inundation. Even five years after the River Ganga (Rejuvenation, Protection and Management) Authorities Order, 2016 notification under the Environment (Protection) Act, 1986, its provisions are not implemented,” he said.

Vashisht also blamed the Centre for not paying interest to the River Regulation Zone. “No earnestness has been shown by the Centre and State to follow the recommendations of the Supreme Court-appointed Ravi Chopra Committee report (to look into the causes of 2013 UK floods). The ecological sanctity of the rivers in the state has been critically compromised with all these stifling constructions and is still being negotiated,” he said.

WHAT IS A GLACIAL LAKE OUTBURST FLOOD (GLOF)?

Glacial Lake Outburst Flood (GLOF) occurs when water dammed by a glacier or moraine is released. Simply put, GLOF is an outburst that happens when a dam containing a glacial lake fails.