A picture of a man carrying a baby while teaching is being shared on social media with a claim that he is a college professor who lost his wife during childbirth and is now looking after the baby even during classes.

A Facebook user shared the picture with the caption, “His wife passed away during Childbirth. But he has taken responsibility for taking the child and college classes together. The real life Hero.” 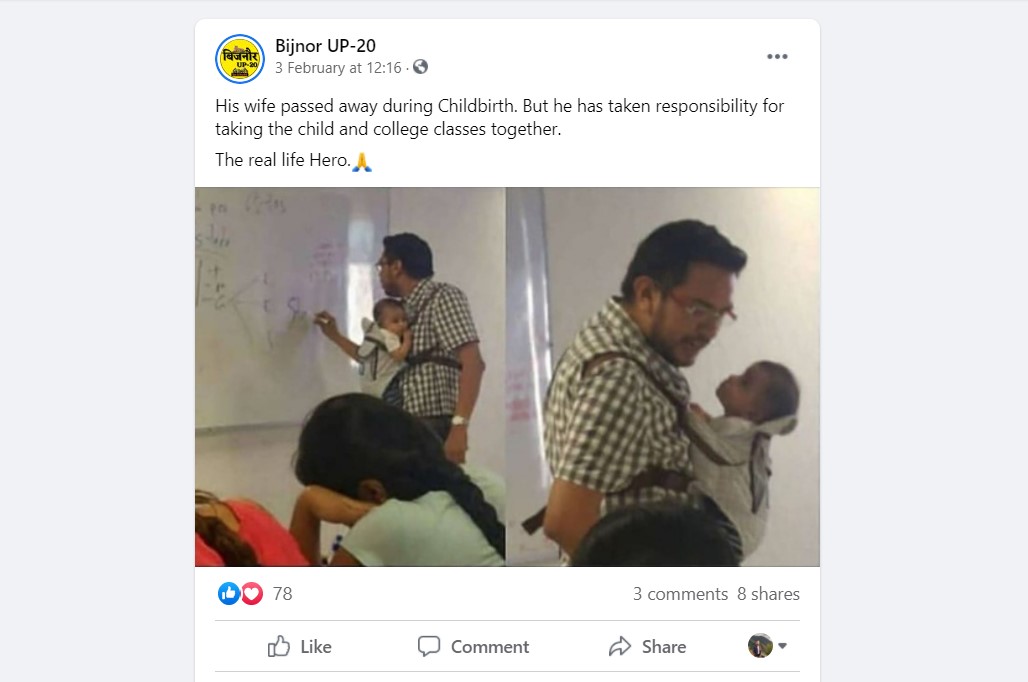 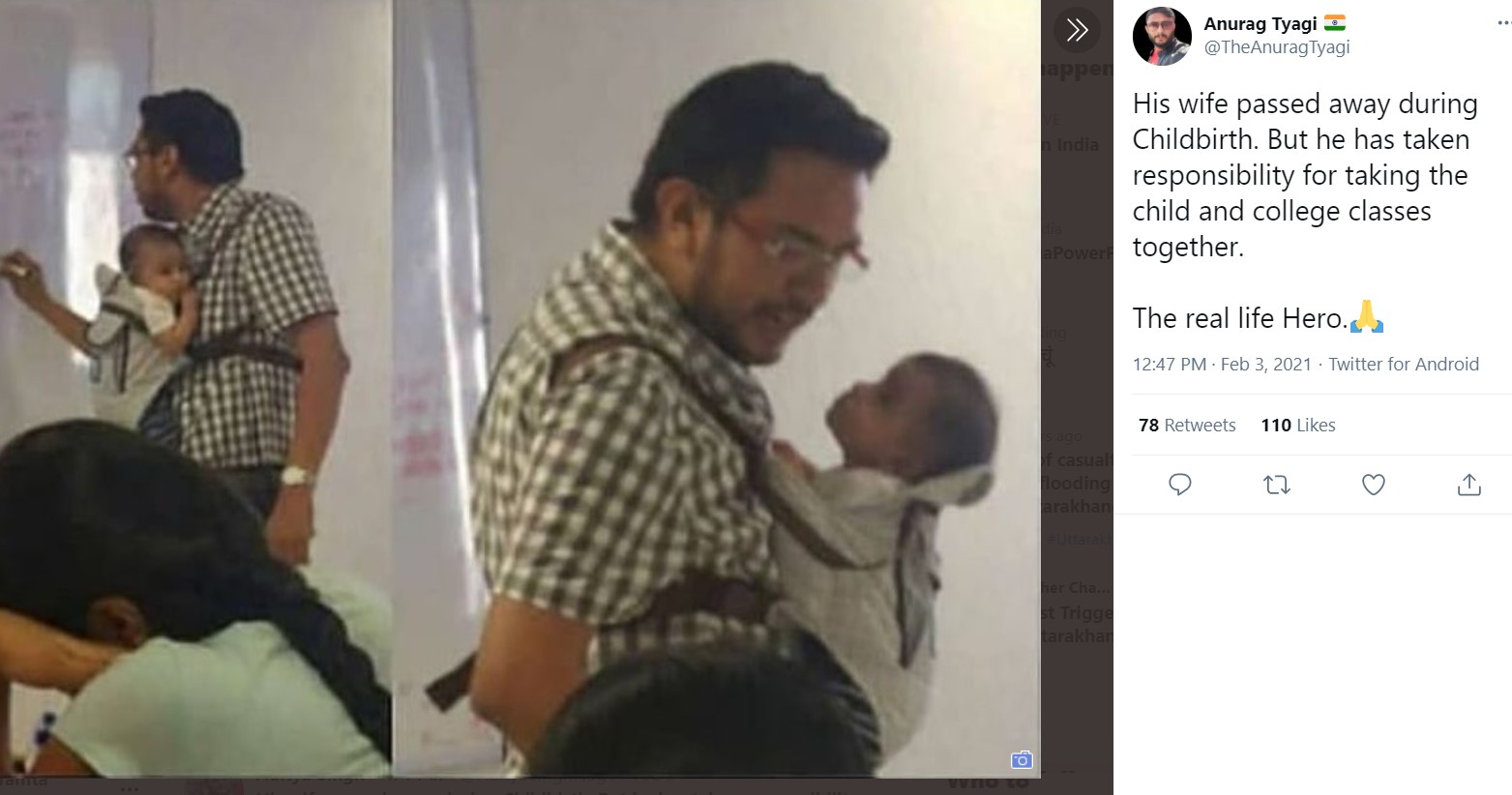 Firstly, we ran a Reverse Image Search on the picture and found an article by BigBang News, dated July 26, 2016. According to the article, the man in the picture is Moisés Reyes Sandoval, who is a professor of Law at the Inter-American University for Development, in the south of Acapulco, Mexico.

It further states that during a class, he decided to carry his student’s child so she could take notes. 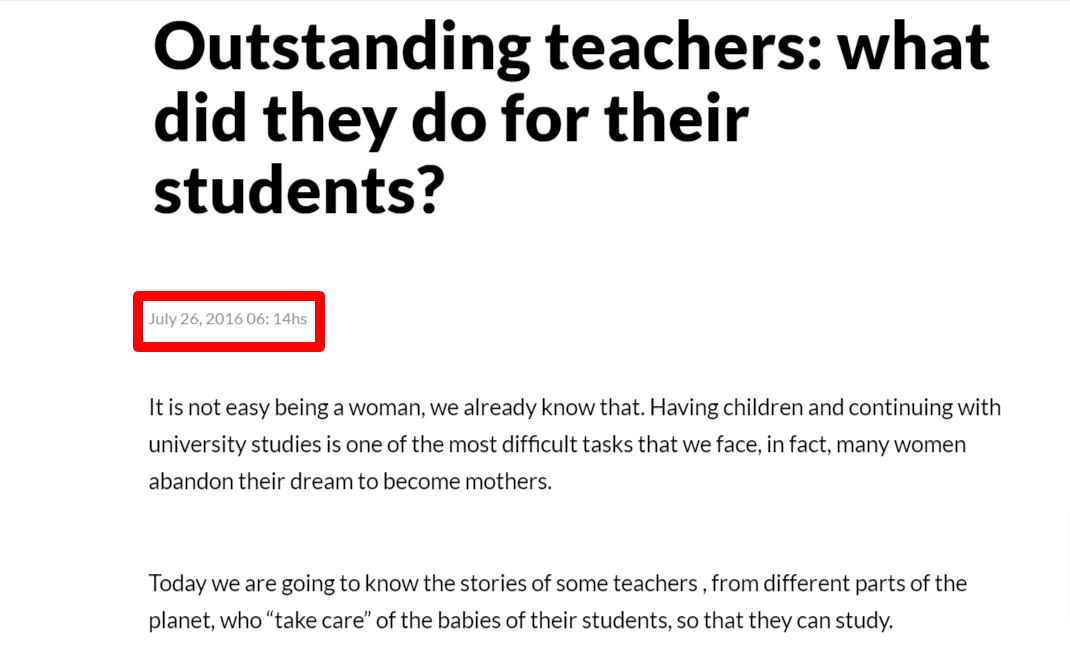 We found another article by Mendoza Post, dated July 14, 2016, which says that professor Sandoval decided to hold a student’s baby so she can pay attention and keep up with the class. 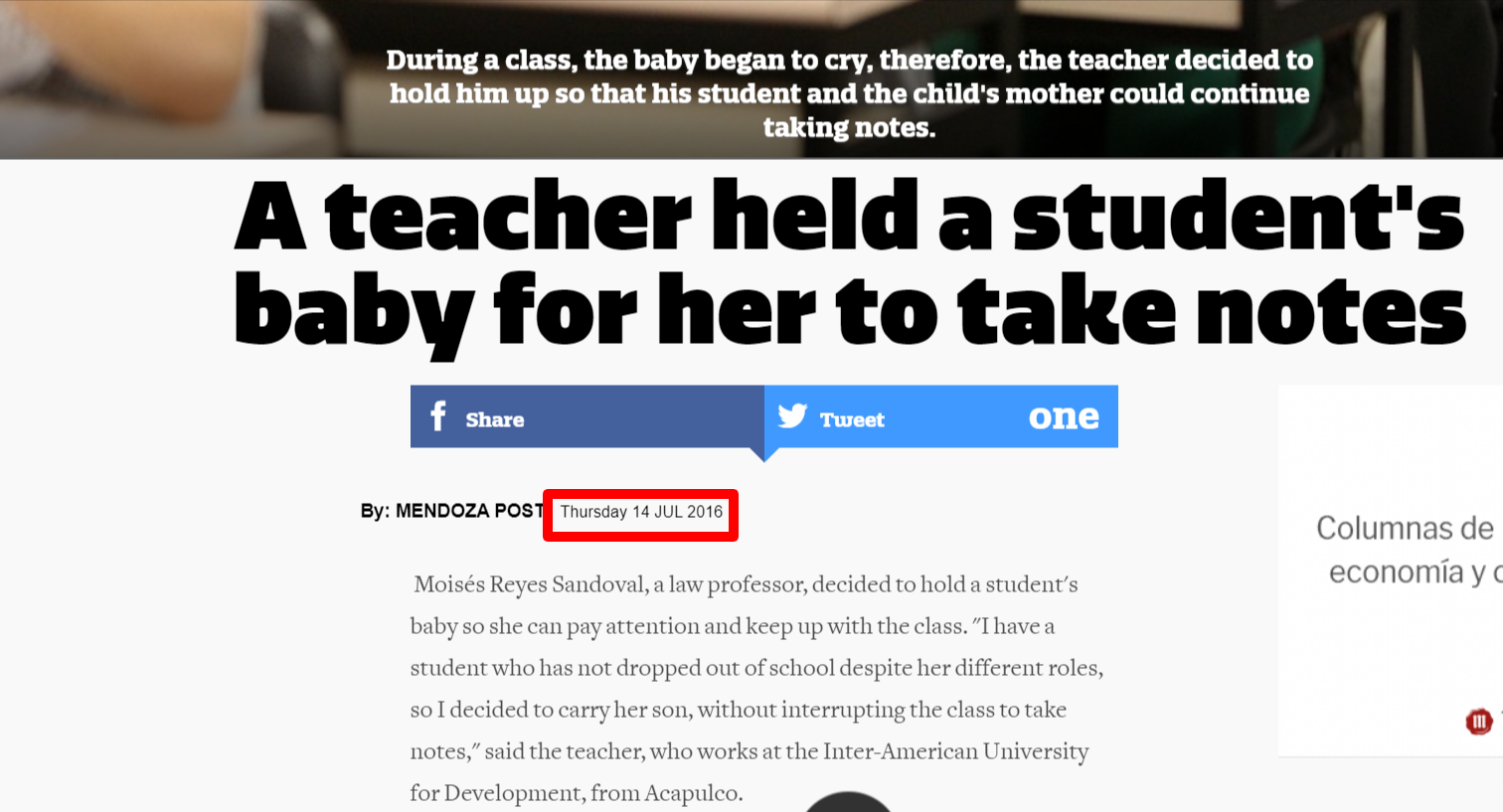 Hence from the above information, it is clear that the man hasn’t lost his wife during childbirth. He’s carrying his student’s child so she could take notes during a class. Thus, the claim in the viral message is false.