The screenshot is being shared days after the 32-year-old singer retweeted a news article headlined, ‘India cuts internet around New Delhi as protesting farmers clash with police’, and wrote: “Why aren’t we talking about this? #FarmersProtest”.

Her tweet triggered a major controversy in India amid the farmers’ protest against the three farm laws, with some terming her tweet as propaganda. 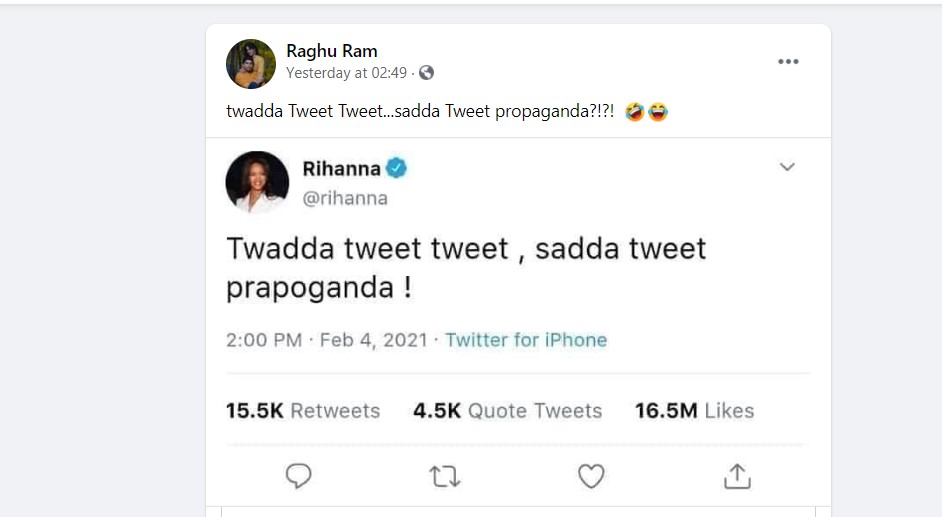 We found the same screenshot on Twitter as well. 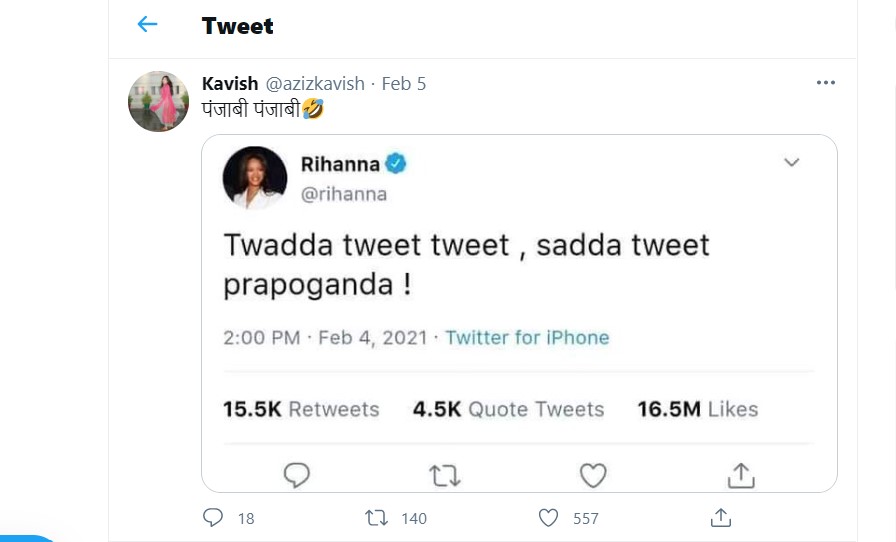 NewsMobile fact-checked the claim and found it to be FAKE.

Firstly, we searched for the news regarding the tweet (screenshot) in question and couldn’t find any news report. 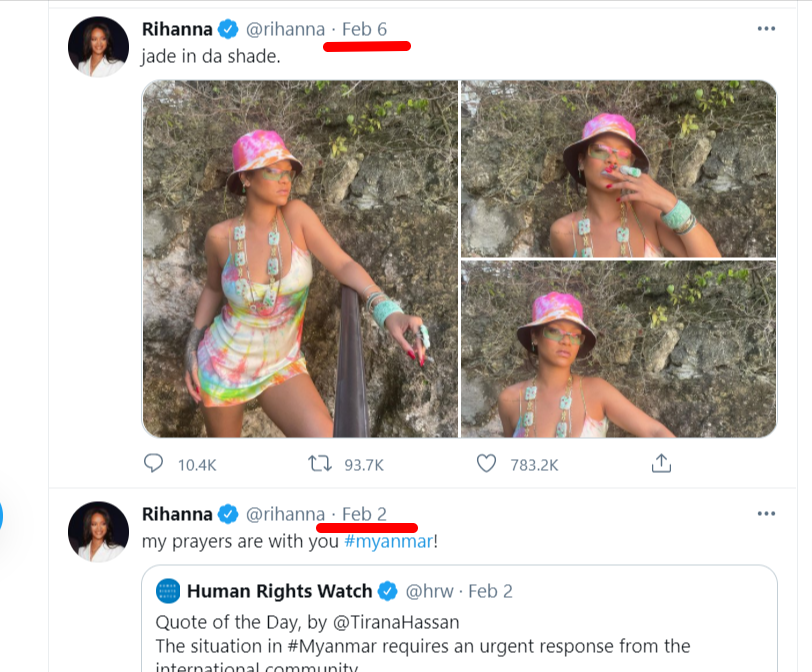 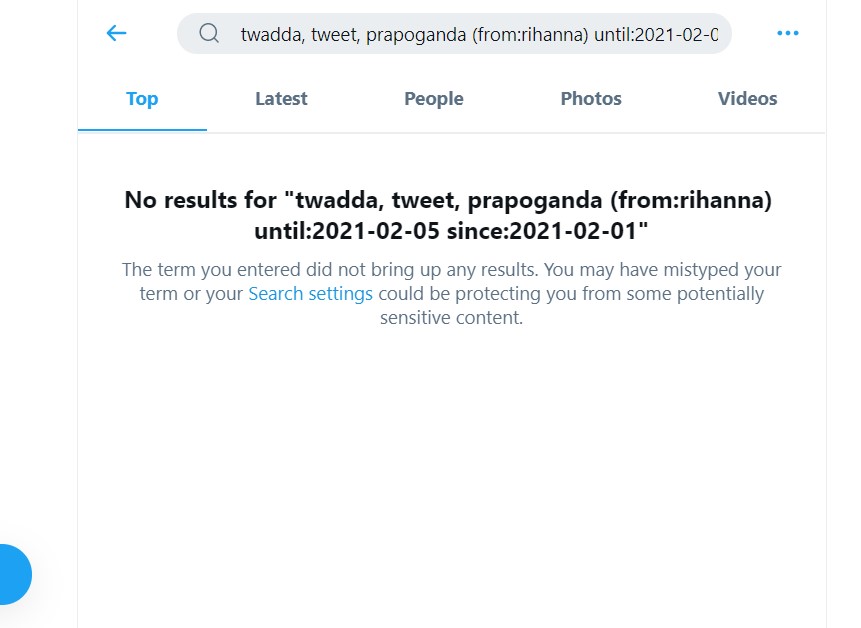 Moreover, in the viral screenshot, we also noticed a spelling error – prapoganda. The correct spelling is propaganda. 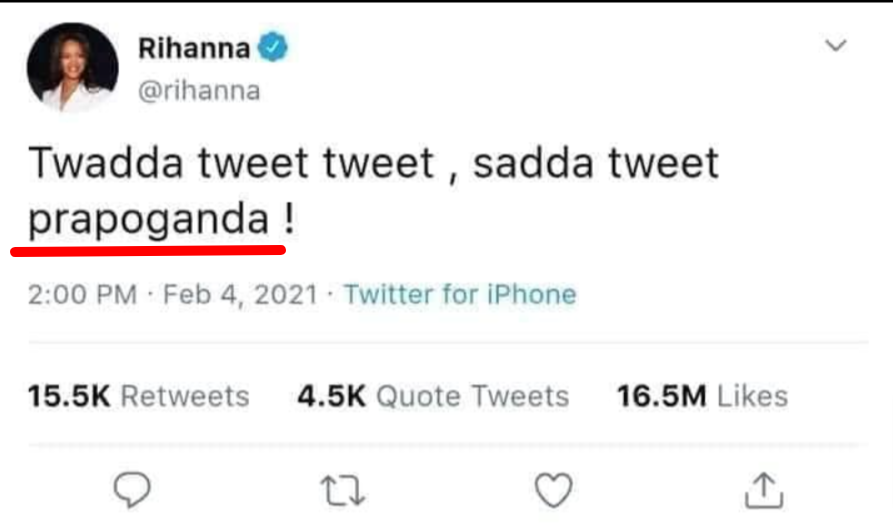 Hence, from the above information, we can say that Rihanna did not tweet the viral message. Therefore, the screenshot in question is FAKE.