A picture is being shared on social media showing a few Congress workers feeding cake to a poster of the former adult film star, Mia Khalifa. 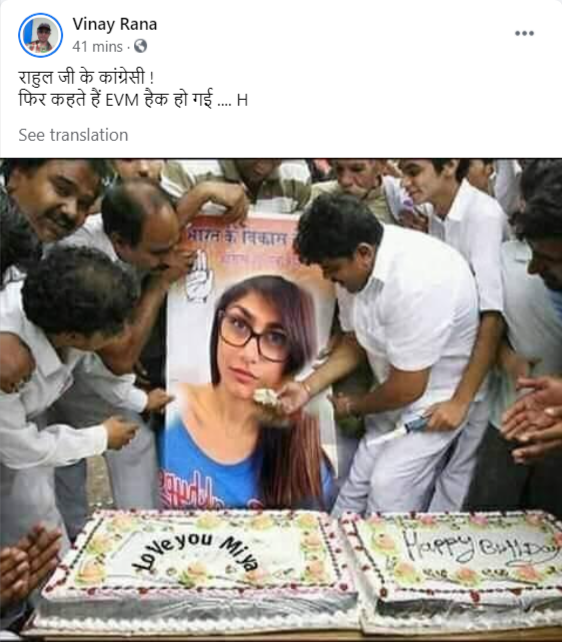 NewsMobile fact-checked the post and found that the picture is morphed.

We put the picture through Reverse Image Search and found the original picture on Getty Images.

In the original picture, clicked in 2007, the Congress workers are seen feeding cake to Congress leader Rahul Gandhi. 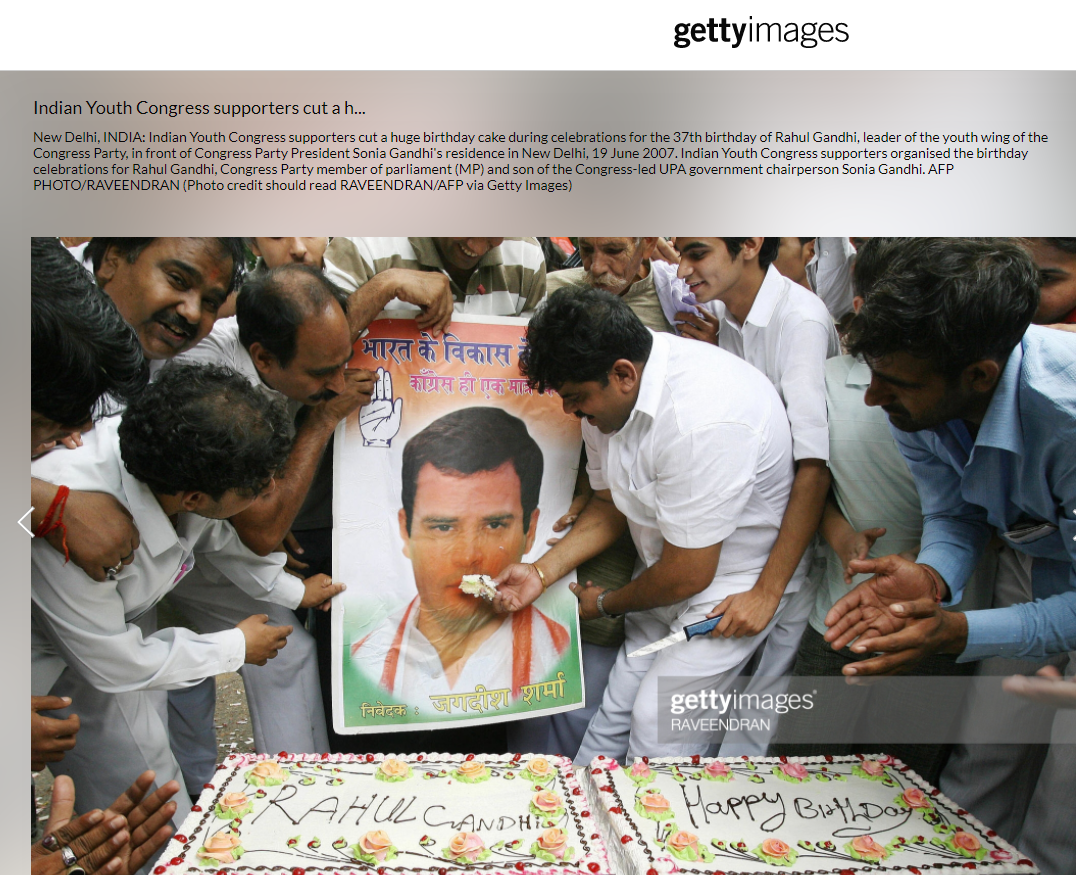 We also compared both the pictures and found that Mia Khalifa’s picture was superimposed on the poster of Rahul Gandhi.

Hence, from the above fact check, it is clear that the picture in circulation is morphed.