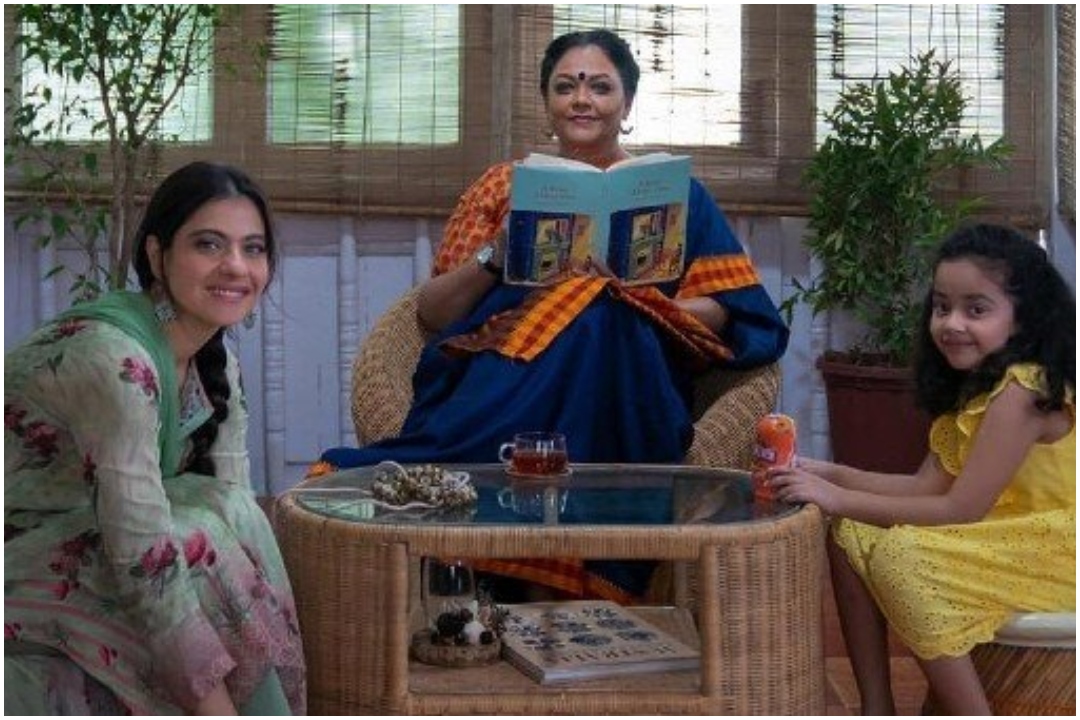 The Netflix original portrays the life of women and how they often go through so many societal and internal changes. The film sheds light on how women take up different forms–mother, daughter, and wife. Keeping these relations aside, they do have a relation with themselves, often full of vigour to prove themselves to this world!

In the Netflix original, Kajol is portraying the character of an Odissi dancer while Tanvi Azmi illustrates the role of her mother. Mithila Palikar is seen playing the role of Kajol’s daughter.

‘Tribhanga’ as literally know as the dancing pose which has three stances, is used as a metaphor for the protagonist Anuradha, so well portrayed by Kajol who apart from an Odissi dancer is also a single mother.

Kajol goes on to beautifully explain the varied personalities of women through dance, her life and experiences both as a daughter and mother. In the film, she describes herself as ‘tribhanga’ as an intersection of both her mother’s imbalanced life and her daughter’s little balanced life. Coming to her mother’s intellect and rebellious nature, she describes ‘abhanga’ slightly off centre and finally the ‘samabhanga’ as her daughter whom she goes on to describe as the very epitome of balance.

The film is a culmination of humour, strength and empathy right from the scenes in the hospital or the one where Anuradha calls marriage as “social terrorism” well portrayed by Kajol to Nayantara aka Nayan Apte (Tanvi Azmi) the mother who prioritizes her writings and life and Mithila Palkar as Masha who may seem like a soft compliant…

Written and directed by veteran actor Renuka Shahane, is an absolute amalgamation of art culture and modern life women. Well weaved through three generations of women.