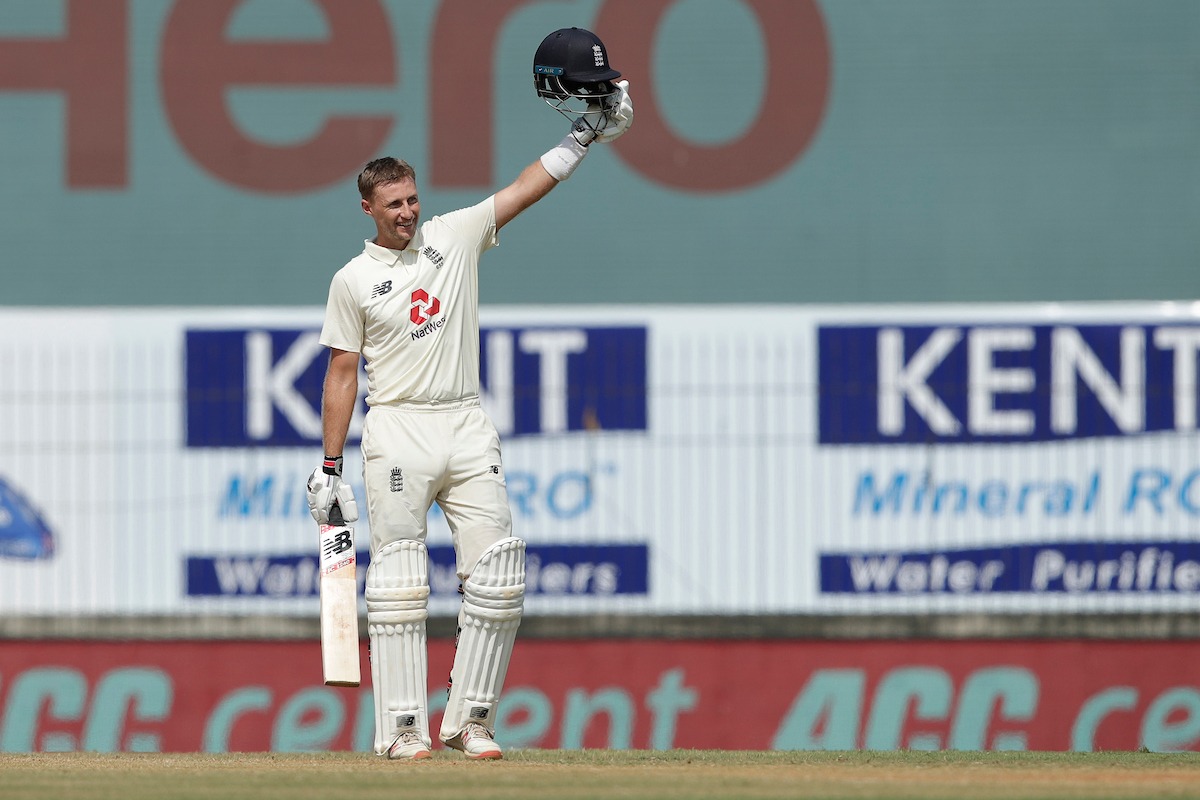 England captain Joe Root has once again played a memorable innings that will be etched in history. At stumps on Day 2, England’s score read 555/8 in 180 overs with Dom Bess and Jack Leach still at the crease on 28 and 6 runs respectively.

From here on, the visitors will be eyeing to give a lead of 600 to India. Before getting out leg before wicket, Root faced 377 balls and scored 218 runs. He became the second skipper to hit three successive 150-plus runs after Australian legendary batsman Sir Don Bradman.

Watch back another scintillating performance from our hero, @root66! 👇

He added another feather to his illustrious cap as he is now the first batsman in the history of Test cricket to score a double century in his 100th Test.

The first cricketer ever to score a double century in his 100th Test match! 💯💯

Spinner Jack Leach and Bess continue the scoreboard ticking and managed to add an unbeaten 30-run for the ninth wicket. Before the conclusion of play on day two, Rohit Sharma dropped Bess (19) in the 175th over off Washinton Sundar.

Apart from root, Ben Stokes also played a pivotal role in accelerating England’s innings in the second session of the game.

The second session saw 99 runs being scored in 28 overs with a loss of Stokes’ wicket. Stokes and Root added 32 more runs before Nadeem managed to send Stokes (82) back to the pavilion in the 127th over of the innings. The left-handed batter went for a slog sweep but he only ended up handing a simple catch to Cheteshwar Pujara, who was positioned at the backward square-leg.

For India – Ashwin, Ishant, and Bumrah scalped 2 wickets each. India’s fielding hasn’t been up to the mark so far. Stokes was dropped twice in successive overs. The one was a caught and bowled opportunity squandered by Ashwin and the next one was a difficult chance put down by Pujara.