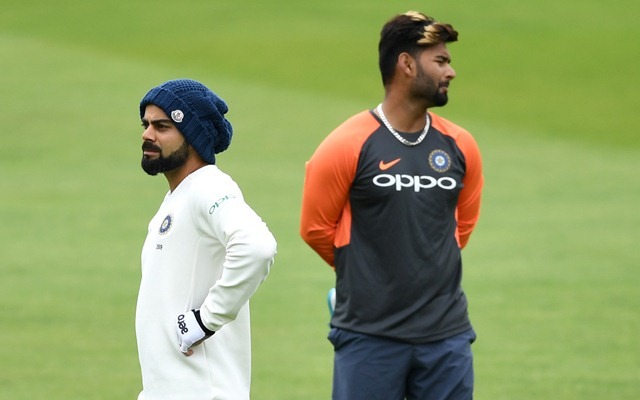 India skipper Virat Kohli confirmed that Rishabh Pant will be starting the first Test match against England which gets underway on Friday as the front line wicket-keeper.

India and England are set to lock horns in four Tests, three ODIs, and five T20Is. The first two games of the Test series will be played in Chennai before the cricketers move to Ahmedabad for the third and fourth Test. Both Pant and Wriddhiman Saha have been included in India’s squad for the first two Tests against England.

Kohli highlighted how Pant played a massive role in India’s win over Australia in the Test series last month and confirmed that the hosts will go ahead with Pant for the first Test.

“Yes, Rishabh (Pant) will start tomorrow. He had a massive impact in Australia and is in a good headspace and we want him to build on this along with all the aspects of his game which will happen with time,” said Kohli during the virtual press conference on Thursday.

“He’s come along very nicely after the IPL and then in Australia, he wasn’t the part of white-ball formats but he kept working worked hard in his fitness and in his game,” he further said.

“All of us were very happy to see him because he is someone who we have backed quite a lot for good reasons and because of what we saw in Australia and that shows that he brings a lot of value he can definitely be a consistent match-winner for India,” Kohli added.

Jasprit Bumrah will be playing his first Test at home on Friday and Kohli said the India pace spearhead will be excited to have his home debut.

“We outbowled England’s pacers the last time we played them at home. Jassi (Bumrah) will be keen to play his maiden home Test and it’s exciting to know we have options like Mohammed Siraj and Ishant Sharma as well,” said Kohli.
The first Test will be played from Friday, while the second is slated to begin on February 13.