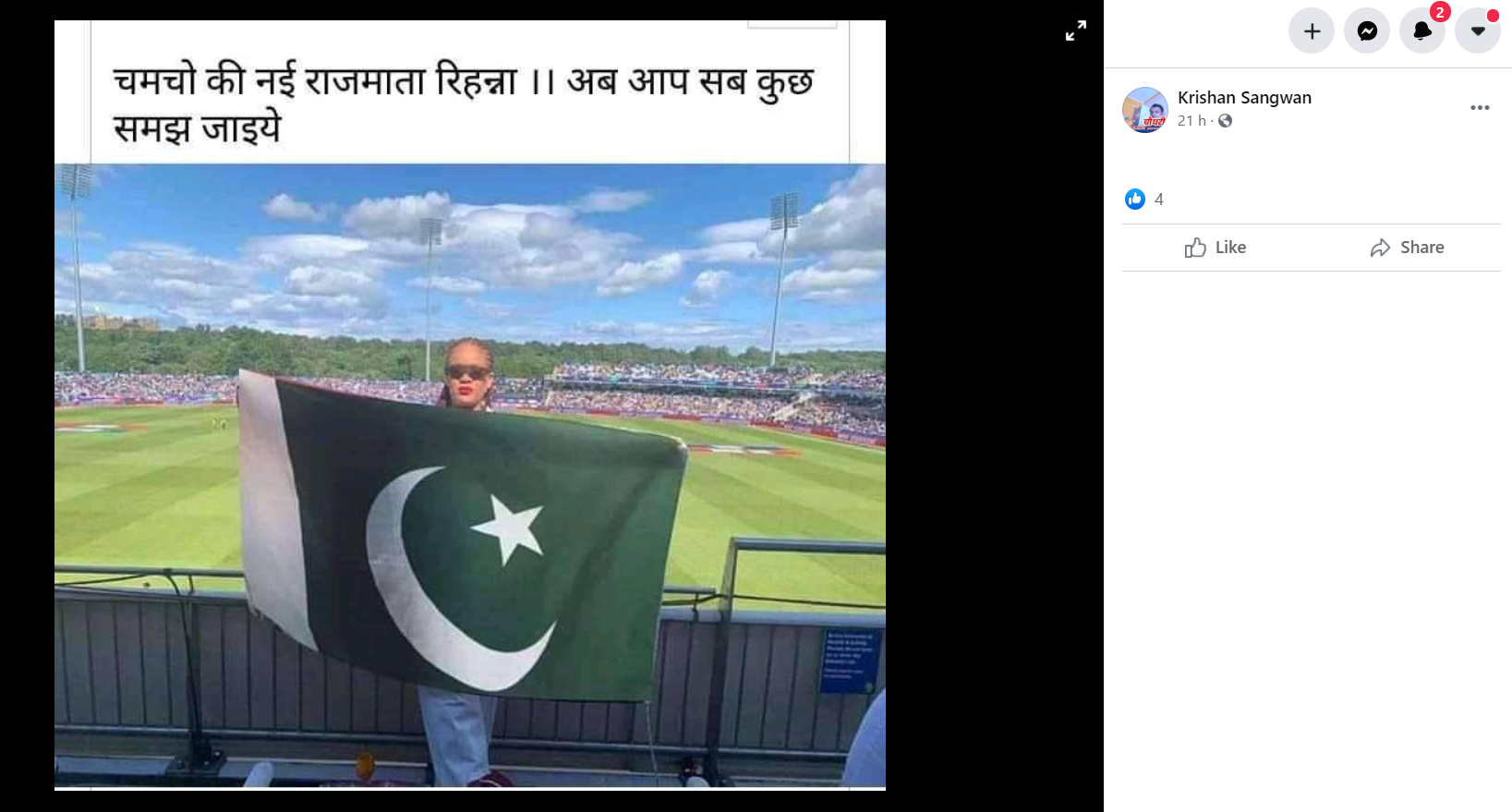 A photo of international pop-singer Rihanna holding a Pakistani flag is doing rounds on social media after she tweeted in support of farmers who have been protesting against the contentious farm laws.

Translation: The new queen of sycophants Rihanna, now understand for yourselves.

The same post can be found here, here, here and here.

NewsMobile fact-checked the photo and found it to be FAKE.

We ran a reverse image search and found the original image that was uploaded on Twitter by the International Cricket Council (ICC) in July 2019.

Look who’s at #SLvWI to Rally ’round the West Indies! 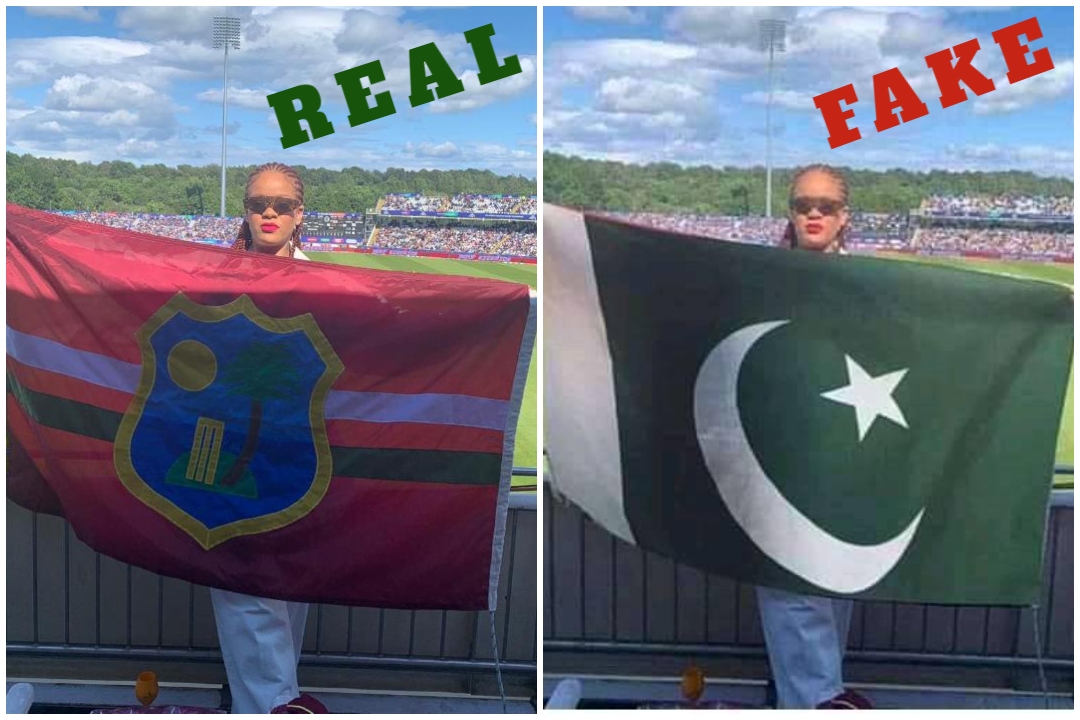 In the Real Vs Fake collage, it is clear that Rihanna had actually held the West Indies flag and not Pakistani flag.

We also found news reports pertaining to the same from July 2019 which stated that Rihanna had turned up in Chester-le-Street, United Kingdom to cheer for the West Indies. 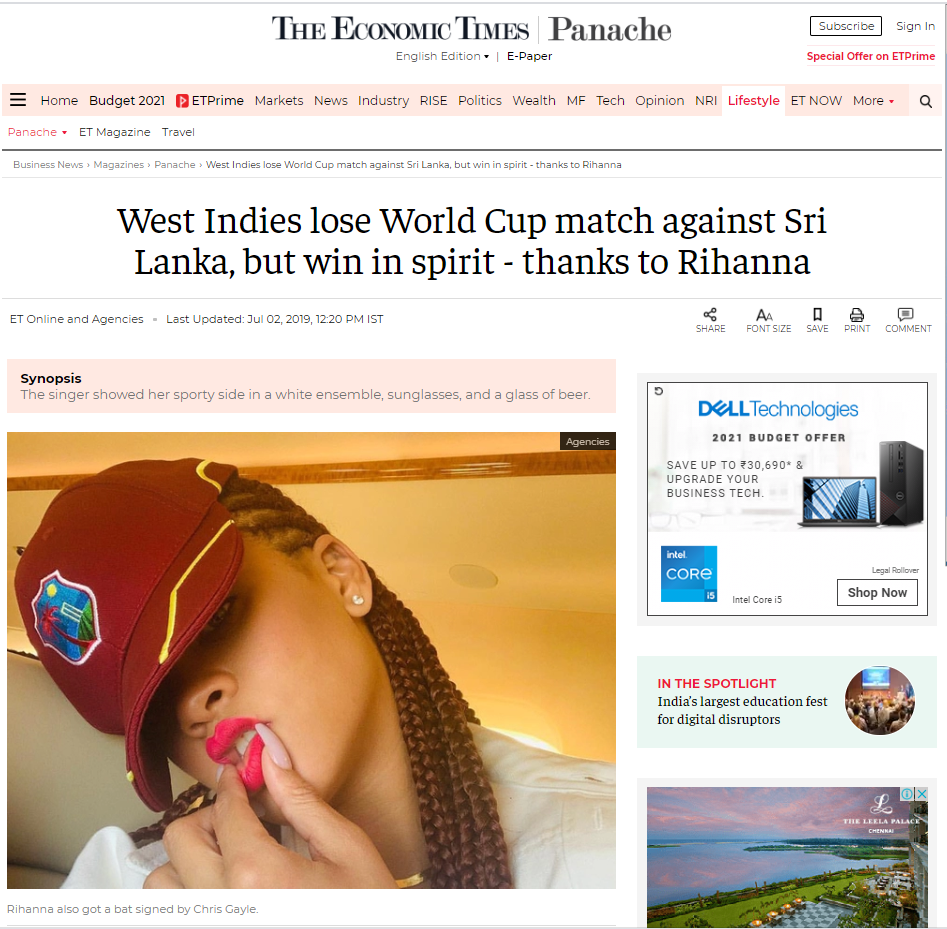 Hence from the above observations we can say that a morphed picture of Rihanna is being shared with false claims.