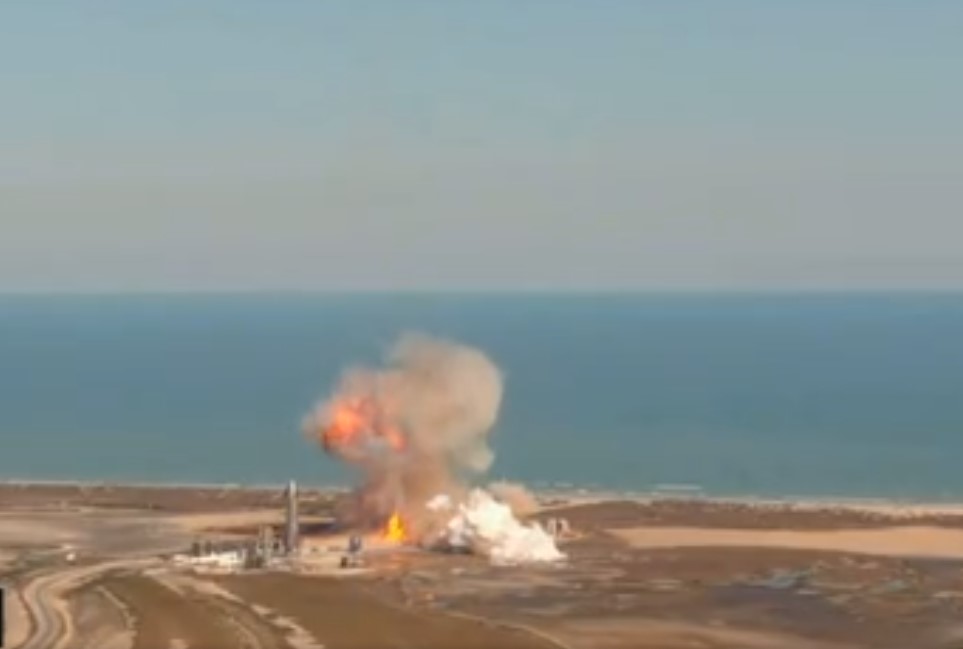 SpaceX’s Starship prototype rocket exploded while attempting to land after a test flight on Tuesday, according to live footage broadcast online.

Sputnik reported that the spacecraft, which exploded is described by SpaceX as a fully reusable transportation system designed to one day carry both crew and cargo to Earth’s orbit, the Moon, Mars and beyond. Tuesday’s explosion was the second such blast after the last prototype of Starship met a similar fate during a test flight in December.

CNN reported that the rocket’s three engines ignited, turned off, and then re-ignited for the landing as planned, however, the rocket burst into a fireball when it returned to the launch pad. It was not immediately clear what went wrong.

Citing Federal Aviation Administration (FAA), it was reported that the test launch comes after the 160-foot tall rocket prototype had been stranded on its launchpad in Texas over the weekend.

Last Thursday, with Starship SN9, fueled and able to launch at any moment, the FAA sent out a surprising advisory that said the launch had been scrubbed. The FAA ordered SpaceX to halt operations at its testing facilities in South Texas “that could affect public safety,” the agency said.

CNN further reported that the agency on Tuesday said that it concluded this week that SpaceX took “corrective action” and is now complying with public safety rules. As per a statement from the agency, the FAA reinstated SpaceX’s authorization to launch its rocket prototypes late Monday.