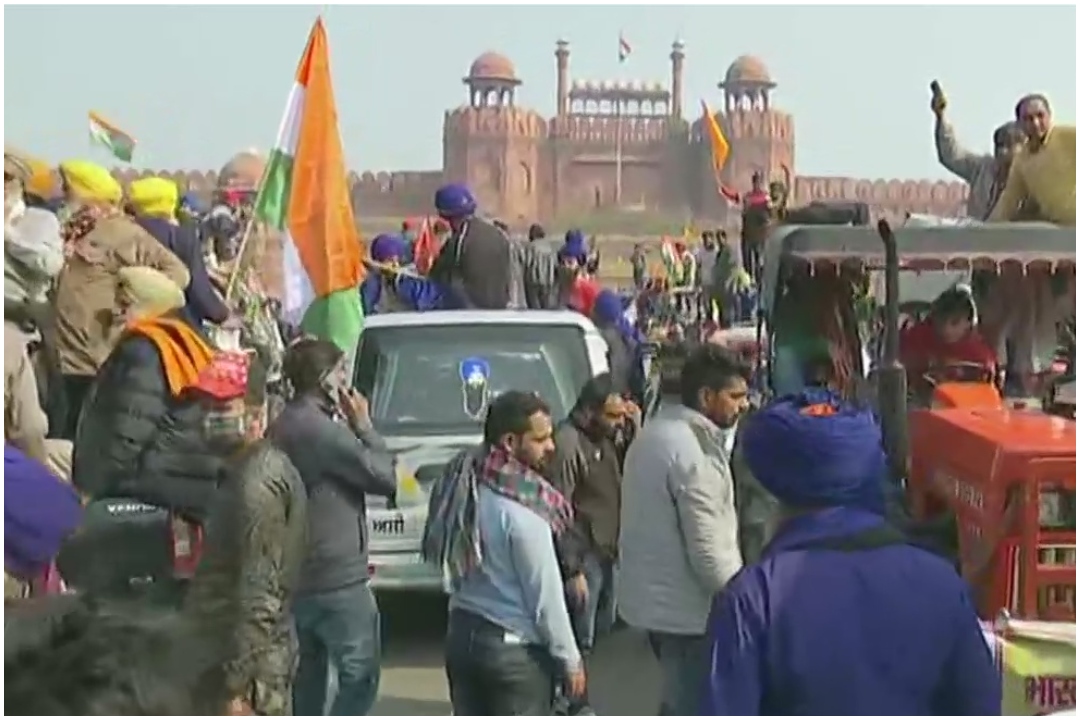 Taking serious note of comments made by international personalities including Rihanna and Greta Thunberg on the ongoing farmers’ protest and the violent clashes that played out in full public view on Republic Day, the Ministry of External Affairs (MEA) has issued a strongly worded statement on Wednesday.

Categorically stating that that the three farm laws, which were passed during the Monsoon session in 2020, were made laws after having a debate and discussion in the Parliament, the Centre said that some vested interests groups are trying to enforce their agenda on these protests, and trying to derail them.

“Parliament of India, after a full debate & discussion, passed reformist legislation relating to the agricultural sector. These reforms give expanded market access & provided greater flexibility to farmers,” MEA has said in its statement.

Asserting that the farm laws will benefit farmers and give them greater flexibility to sell their produce, the MEA said that since a ‘small section’ of the farming community is against the Acts, the Centre has done its best to persuade the protesting farmers and in a bid to end the deadlock, government representatives, including union ministers have held 11 rounds of talks with protesting farmer unions besides agreeing to hold implementation of the laws for 1 to 1.5 years.

In backdrop of comments made by Rihanna and Greta Thunberg with regards to the protest, MEA statement said that the “temptation of sensationalist social media hashtags and comments, especially when resorted to by celebrities and others, is neither accurate nor responsible.”

why aren’t we talking about this?! #FarmersProtest https://t.co/obmIlXhK9S

We stand in solidarity with the #FarmersProtest in India.
https://t.co/tqvR0oHgo0

Rihanna was slammed by Bollywood actor Kangana Ranaut, who called the pop star a ‘fool’.

No one is talking about it because they are not farmers they are terrorists who are trying to divide India, so that China can take over our vulnerable broken nation and make it a Chinese colony much like USA…
Sit down you fool, we are not selling our nation like you dummies. https://t.co/OIAD5Pa61a

She also hit out at Greta Thunberg for her support to the farmers’ protest.

No fancy activists will talk about genuine environmentalist our own grandma … but they will definitely promote dumb and a spoilt brat ⁦@GretaThunberg⁩ who is being used by entire left lobby and in return she gets to skip her education and school. https://t.co/vbN5yJt897

The MEA statement also referred to the violence on Republic Day. “Yes, it is unfortunate to see vested interest groups trying to enforce their agenda on these protests, and derail them. This was egregiously witnessed on January 26, India’s Republic Day. A cherished national commemoration, the anniversary of the inauguration of the Constitution of India, was besmirched, and violence and vandalism took place in the Indian capital,” the statement said.

HERE IS THE FULL TEXT OF MEA STATEMENT

The Parliament of India, after a full debate and discussion, passed reformist legislation relating to the agricultural sector. These reforms give expanded market access and provided greater flexibility to farmers. They also pave the way for economically and ecologically sustainable farming.

A very small section of farmers in parts of India have some reservations about these reforms. Respecting the sentiments of the protestors, the Government of India has initiated a series of talks with their representatives. Union Ministers have been part of the negotiations, and eleven rounds of talks have already been held. The Government has even offered to keep the laws on hold, an offer iterated by no less than the Prime Minister of India.

Yet, it is unfortunate to see vested interest groups trying to enforce their agenda on these protests, and derail them. This was egregiously witnessed on January 26, India’s Republic Day. A cherished national commemoration, the anniversary of the inauguration of the Constitution of India, was besmirched, and violence and vandalism took place in the Indian capital.

Some of these vested interest groups have also tried to mobilise international support against India. Instigated by such fringe elements, Mahatma Gandhi statues have been desecrated in parts of the world. This is extremely disturbing for India and for civilised society everywhere.

Indian police forces have handled these protests with utmost restraint. It may be noted that hundreds of men and women serving in the police have been physically attacked, and in some cases stabbed and seriously wounded.

We would like to emphasise that these protests must be seen in the context of India’s democratic ethos and polity, and the efforts of the Government and the concerned farmer groups to resolve the impasse.”

Since last week on=f November 2020, thousands of farmers have been protesting at various Delhi borders against the Farmers (Empowerment and Protection) Agreement of Price Assurance and Farm Services Act, 2020; Farmers Produce Trade and Commerce (Promotion and Facilitation) Act, 2020, and The Essential Commodities (Amendment) Act 2020.