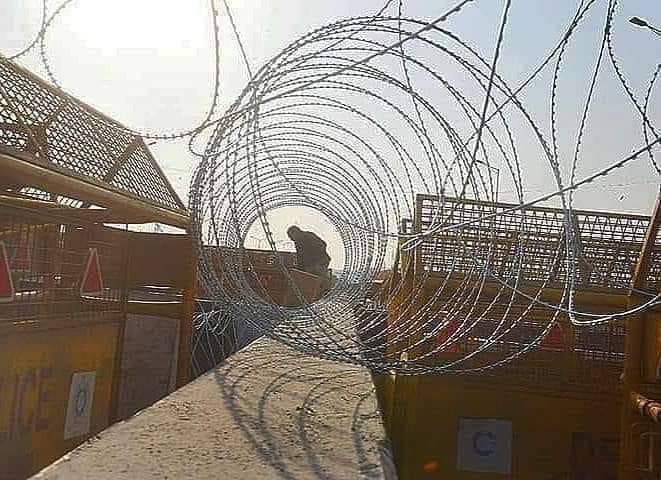 Sharpening his attack on the Narendra Modi government over the ongoing farmers’ protest, Congress MP Rahul Gandhi shared a series of pictures of barricades and concertina wires placed near farmer protest sites at border joints near Delhi on social messaging platform Twitter with a four-word message – “build bridges, not walls”.

With police stepping up security and strengthening barricades around the borders, farmers’ protest sites at Delhi’s borders have turned into virtual fortresses. Police has placed concertina wires at Delhi-Uttar Pradesh border between four layers of yellow barricades to prevent farmers from crossing over into the national capital via the Ghazipur-Meerut highway.

Security has also been beefed up at the Delhi-Haryana border, where police personnel have hooked iron rods between two rows of cement barriers on a flank along the main highway at the Singhu border to impede movement of protesters.

A makeshift cement wall has also come up in another portion of the highway at the Delhi-Haryana border.

Incidentally, while presenting the Union Budget on Monday, Finance Minister Nirmala Sitharaman had spelt out the steps the government has taken to protect the interest of the farmers.