Amidst the ongoing farmers’ agitation, a video interview of Delhi Chief Minister Arvind Kejriwal is being circulated on social media. It is being claimed that Kejriwal supported the three newly enacted Farm Laws. 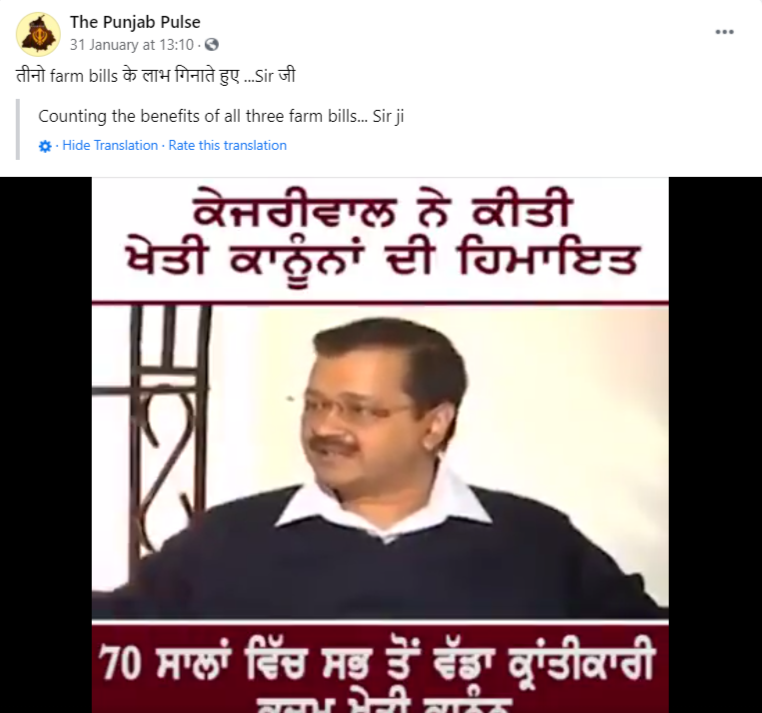 The video was also shared by BJP’s spokesperson Sambit Patra (archive) on Twitter. 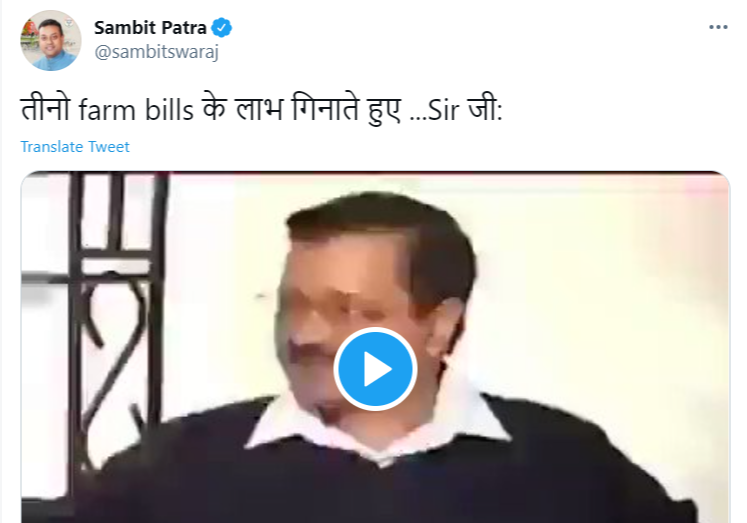 We ran a keyword search and found the full version of the interview on the YouTube channel of Zee Punjab Haryana Himachal. The video was uploaded on January 15, 2021.

After watching the video, we realised that viral clip in circulation had been edited and was  taken out of context. In the interview, it is evident that Delhi CM is against the three Farm laws.

At 5:54 min time code of the video, the anchor Jagdeep Sandhu says, “the central government claims that they are trying to double the farmer’s income,” to which Kejriwal asked, “How?”

He then went on to say, “BJP has fielded all its big leaders. Its senior ministers and chief ministers came forward to convince people that the bills will benefit the farmers. I have heard all of their speeches. What do they say in these speeches? They say with these bills you won’t lose your land. But the land was always theirs. Your MSP will not be taken away. Again, this was always the case. Your mandi will not be taken away. This was also already there in the first place. But what are the benefits? Not even a single leader able to list the benefits.”

“Further, they say that the farmer can now sell his crop anywhere in the country. This is the only benefit they mention, right? Now, the farmer will get good prices, he can sell anywhere outside the mandi. With all due respect, I want to ask the Centre directly. Today, the MSP for one quintal of wheat is Rs 1,800 in the mandis (markets) of Punjab and Haryana. In Bihar, there are no mandis and farmers there are selling wheat for Rs. 800. This farmer that’s selling for Rs 800, can you tell him where he should go to get more than Rs. 1,800 for his wheat outside of the mandi?” he added.

Hence, it is evident that several lines from the interview were edited to make it look as though Delhi CM Arvind Kejriwal is supporting the farm laws. Hence, we can say that the videos in circulation are false and misleading.