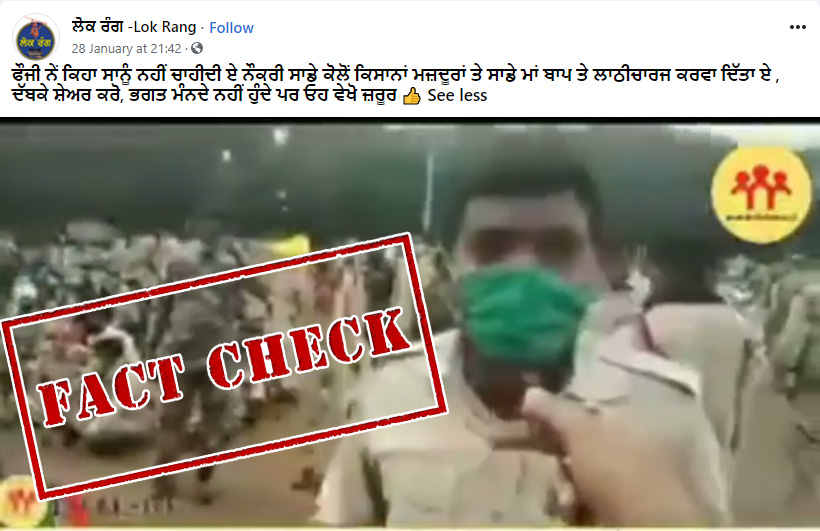 A video of a policeman repenting lathicharge he was a part of is doing rounds on social media.

The video is being shared the backdrop of the violent clashes between farmers and Delhi Police personnel which rocked Delhi on January 26, 2021, during the tractor rally.

(Rough Translation: The soldier said, ‘We don’t want this job. You made us lathi-charge farmers, labourers and our parents. Please share.’) 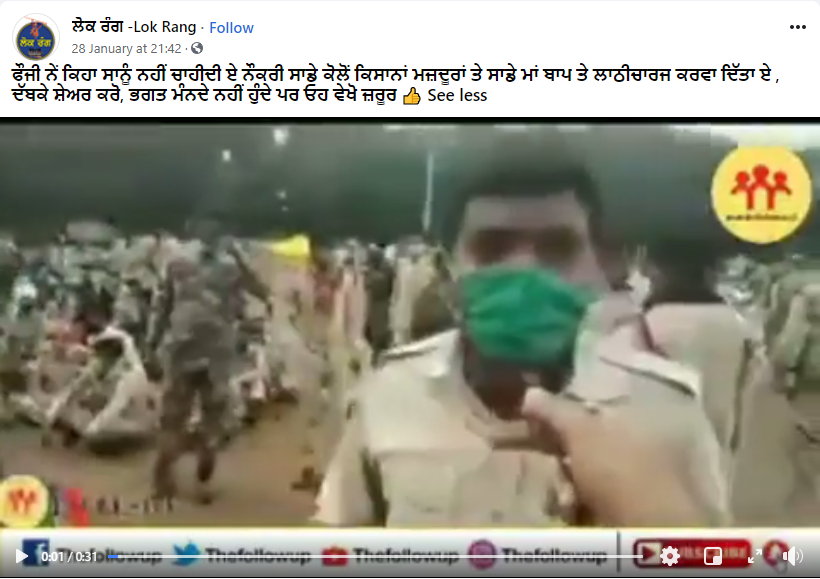 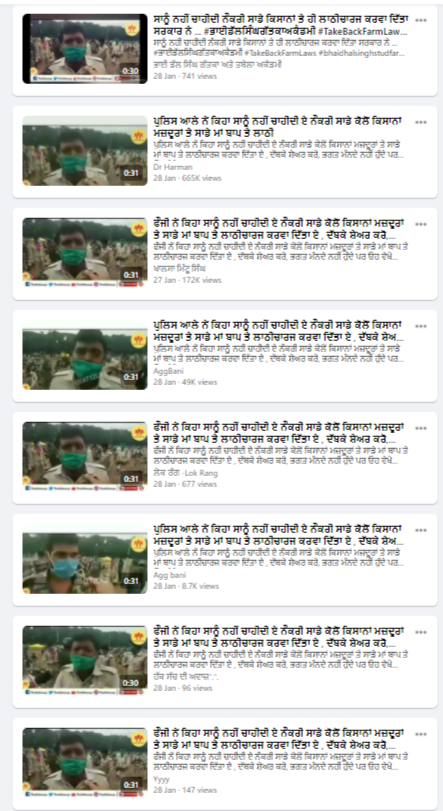 We extracted keyframes of the video and ran them through Reverse Image Search. The search led us to the same video on YouTube dated September 18, 2020.

We checked for more videos on the same channel and found another video, uploaded on September 18, 2020, stating that the incident is from Ranchi, Jharkhand. “Lathicharge on assistant policemen, many women assistant police injured,” the video was titled.

According to the report, the state police clashed with assistant police personnel who were staging a demonstration demanding regularisation of their jobs in Ranchi. The incident happened as protesting police personnel started marching towards the Chief Minister’s house.

We then ran a search and found the video report by  The Lallantop and APB News on the same.

We also found a report by ANI on the same. 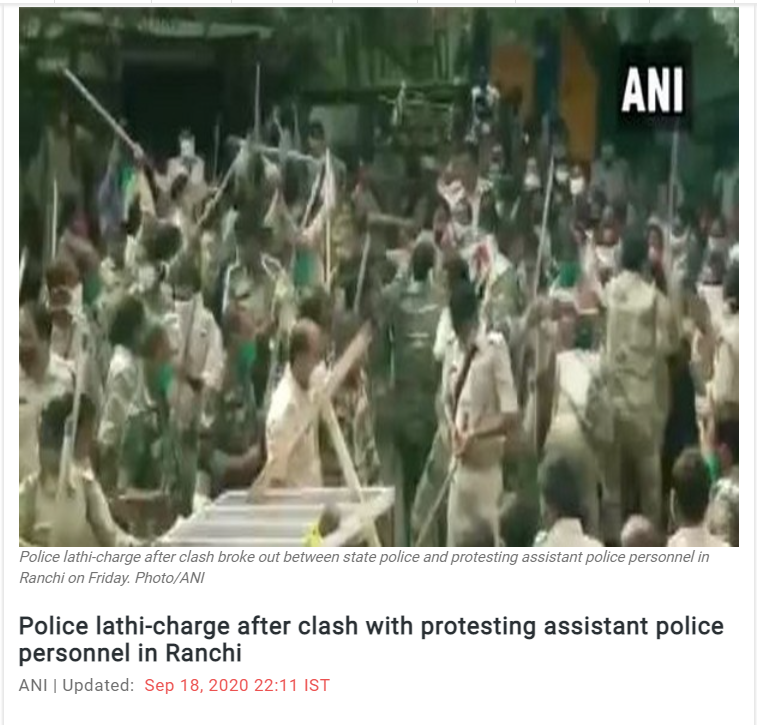 “Assistant police personnel who were agitating here became violent, broke barricading, and started stone-pelting. So, we took preventive actions. 12 people from police and 5-6 from their (protesters) side are injured,” ANI quoted Superintendent of Police, Saurabh as saying.

Hence, from the above information, it is clear that the video is old and is not related to the Farmers’ protest.