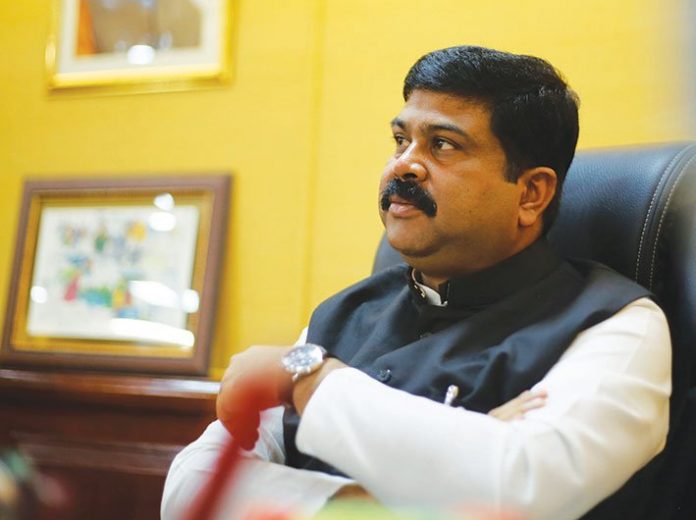 The Petroleum and Natural Gas minister, Dharmendra Pradhan, wrote a letter to Minister of Tourism, Prahlad Singh Patel, seeking his urgent intervention for preservation of rich cultural and architectural heritage of Odisha on Saturday.

Pradhan, who hails from Odisha has drawn the Tourism Minister’s attention towards the recent incident, where Bhubaneswar Circle of the Archaeological Survey of India (ASI) while carrying out scientific cleaning of the two acre land adjacent to the Suka-Sari temple complex in the heritage of Ekamra Kshetra chanced upon invaluable remains of a 10th &11th Somavamshi period temple floor.

Wrote a letter to seek urgent intervention of Min. Shri @prahladspatel in sending an expert team of @ASIGoI to Bhubaneswar to carry out detailed study and thorough excavation of the ‘Ekamra Kshetra’ for unearthing heritage structures which may lie buried under encroachments. pic.twitter.com/VjkafP84xe

In addition to that, the ASI also discovered two other structures believed to be the remains of smart shrines and portions of the Sari temple. These findings have led ASI experts to believe that the Sari temple complex was built on the Panchayatana model where the main temple is surrounded by four subsidiary shrines.

This means that there is a high chance of additional heritage structures lying buried under encroachments in the Ekamra Kshtera.

Further, he mentioned that Suka-Sari temple complex and Lord Lingaraj temple, both are protected by ASI under the Ancient Monuments and Archaeological Sites and Remains Act [AMASR Act).

Keeping in mind the immense archaeological, artistic, socio cultural and religious importance of ancient Odisha’s temples, he requested Patel’s personal intervention in directing Archaeological Survey of India (ASI) to send an expert team to Bhubaneswar for carrying out a detailed study and thorough scientific excavation of the Ekamra Kshetra area in Bhubaneswar for unearthing heritage structures which may be buried under encroachments on an expedient basis.